How US colonialism affects Indigenous peoples’ stewardship and access to food

This is an excerpt of "Indigenous Food Sovereignty in the United States: Restoring Cultural Knowledge, Protecting Environments, and Regaining Health,"  reprinted with permission from the University of Oklahoma Press. All rights reserved. 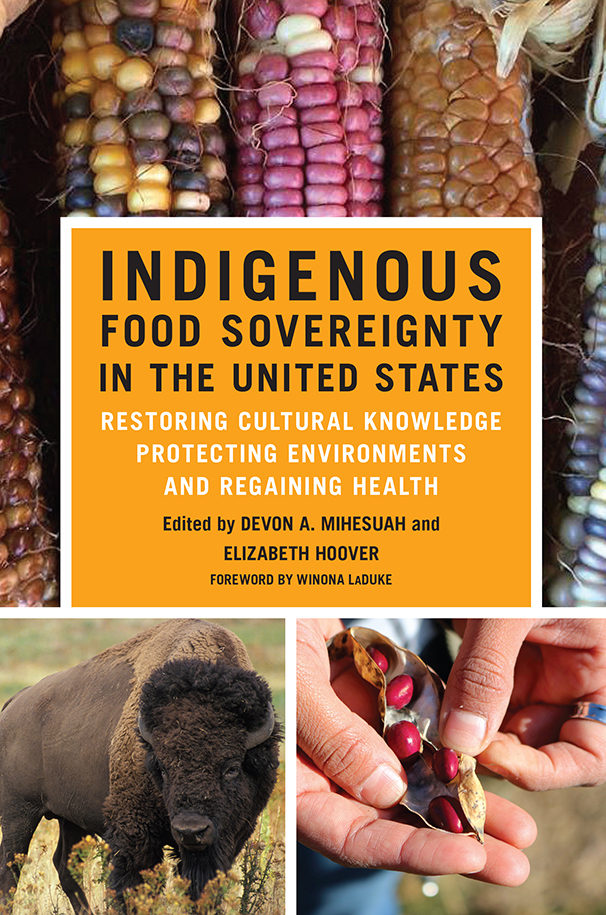 Even before the 20th century, what "climate change" refers to in English was not a new or profound concept for many Indigenous peoples. Indeed, many Indigenous peoples have ancient traditions of governance and political philosophies that seek to understand how peoples should be organized to be most adaptive to seasonal environmental changes and to keep track of trends in interannual variations in environmental conditions. I have had the chance to experience and learn from Indigenous calendars, seasonal rounds and almanacs throughout the world. More recently, in collaboration with Jared Talley, I have reviewed large, often forgotten literatures on Indigenous adaptive governance, from Anishinaabe seasonal rounds to Lakota winter counts, to Nuu-chah-Nulth potlatch traditions, to Aztec and Mayan calendars.

Each example I have seen usually involves very detailed understandings of how societal institutions — from ceremonies to harvesting and food storage, to political leadership, to gender relations — should be designed to support resilience in the face of inevitable annual seasonal changes and interannual trends. Significantly, Indigenous peoples used very different concepts to understand what is today called "climate." Outside Indigenous traditions, "climate" is often taken to be an abstract notion tied to Earth-scale changes that are, in a sense, invisible to humans. Indigenous calendars or seasonal rounds, quite differently, track environmental change through the actions of humans and nonhumans — actions situated within ceremonial, ethical, political, conservational and other types of responsibilities that work to create accountability across human and nonhuman members of a society.

We know historically that Indigenous peoples learned to adapt to a certain range of changes, but that many also had to experience more disruptive shocks that are hard to recover from without incurring harms, such as malnutrition, painful geographic displacement, disease and violent conflict. The transatlantic fur trade of the 16th through 19th centuries is one case. Michael Witgen, Susan Sleeper-Smith and other historians have shown how Anishinaabe/Neshnabé peoples responded in ways that strengthened their sovereignty and well-being while also being harmed severely over time by environmental degradation, racism, violence, patriarchy, economic marginalization and forced displacement.

Specific Indigenous groups and Indigenous initiatives have been at the forefront of calling out climate change risks.

Fast-forward to the present: numerous Indigenous testimonies and scientific reports claim that Indigenous peoples are among the populations that face the most risks and will suffer the most harms from anthropogenic climate change. Importantly, impacts on food are perhaps the most commonly discussed topics. I contributed to a health-focused USGCRP [U.S. Global Change Research Program] report that discusses climate risks to Indigenous peoples’ "food safety and security," including decreasing access to berries (Arctic), moose and wild rice (Great Lakes), water for farming (Southwest), and shellfish and fish (coastal regions), among other examples. Damage to infrastructure from climate change threatens food storage and preparation.

Critically, the report discusses how loss of access to traditional foods threatens economic vitality, cultural integrity and political sovereignty. I interpret the report as tying these risks and harms to U.S. colonialism, in terms of how land dispossession and failed implementation of treaty rights affect peoples’ capacity to steward the environment. Moreover, the risks and harms are particularly challenging in contexts where Indigenous nations, societies and communities are already negotiating historical and personal trauma, alcohol abuse, suicide, high infant and child mortality, diabetes and unsafe levels of exposure to pollutants or toxic substances.

Specific Indigenous groups and Indigenous initiatives have been at the forefront of calling out climate change risks. The Northwest Treaty Tribes have launched an initiative called Treaty Rights at Risk. The initiative discusses how the U.S. federal government continues to violate treaty rights by endorsing activities that permit U.S. settlers to establish their own ways of life in western Washington at the expense of Indigenous peoples’ ways of life, which heavily involve salmon but also other treaty-protected plants and animals. Dams, intensive agriculture, urban development, industrial pollution and other land-use practices, including recreational activities, are among the actions that advance settlers’ aspirations at the same time that they degrade the habitats of salmon and other species.

Warming waters, ocean acidification and other climate change effects exacerbate these threats to salmon and shellfish populations. The initiative references how closely salmon, for example, is related to economic vitality and cultural integrity. One ceremony, often referred to as a potlatch ceremony, involves people giving away their wealth in salmon to others, accompanied by intertribal treaty talks and cultural performances. The late Billy Frank Jr. stated "as the salmon disappear, our tribal cultures, communities and economies are threatened as never before. . . . Some of our tribes have lost even their most basic ceremonial and subsistence fisheries — the cornerstone of Tribal life."

The Mohawk Nation, which straddles the U.S.-Canadian border along the St. Lawrence River, has a long track record of working to clean up massive industrial pollution in that region. The St. Regis Mohawk Tribe is a leader in climate change planning thanks to the work of Mary Arquette and Angela Benedict, among others. One of the issues their climate change plan focuses on is the Three Sisters, "the corn, beans and squash" that supported survival and "sustained life" and continues to be important to Mohawk people today. The plan states, "The Three Sisters are the foundation of the Haudenosaunee culture. Ceremonies are to be concluded with the Three Sisters as an offering to the spirit beings."

Though agriculture centered around the Three Sisters had long been a major economic activity for Mohawk people, the rise in industrial agricultural and rampant pollution from General Motors and Alcoa facilities weakened the production of abundant, nutritious and culturally significant foods. Relative to climate change, the plan states how the Three Sisters are further threatened by recent hailstorms; higher temperatures; droughts; and increases in pests, weeds, and diseases. According to the plan document, these changes affect not only food production but also cultural integrity.

In addition to honoring the environment through ceremonies, humans engaged in burning practices to maintain habitats, among other stewardship practices.

The Karuk Tribe in what is now called California has also been a leader in preparing for climate change, having recently issued its own climate change plan. The Karuk plan emphasizes a range of species as historically and contemporaneously important to them for nutritional, economic and cultural reasons — including salmon, deer and a variety of nuts and berries. Karuk people relate to many of these species spiritually by understanding themselves as bound together through reciprocal responsibilities. In addition to honoring the environment through ceremonies, humans engaged in burning practices to maintain habitats, among other stewardship practices. U.S. colonialism in California degraded the environment, outlawed practices such as burning, and dispossessed Karuk people of large portions of their lands and water.

Today, the Karuk plan states, "From a Karuk perspective, continuance of these traditional lifeways and practices is essential not only for food, but for the maintenance of traditional knowledge, cultural and tribal identity, pride, self-respect, and above all, basic human dignity." As climate change creates further threats to the maintenance and resurgence of these relationships and practices, the Karuk people have created a knowledge sovereignty plan that seeks to strengthen both traditional knowledge and also their self-determined use and application of scientific techniques from Western institutions.

While these examples focus on Turtle Island/North America, Indigenous peoples globally very much emphasize food in their climate change work. The Tebtebba organization’s guide on climate change and Indigenous peoples discusses a range of issues and consequences on Indigenous peoples living in different regions of Asia, Africa, the Pacific, Central and South America, and the Caribbean. For example, the recent climate change report discusses how "massive floods, strong hurricanes, cyclones and typhoons, and storm surges" affect "forests, agricultural lands, crops, livestock, marine, and coastal resources." The guide references a range of food insecurity issues related to climate change effects on freshwater, coral reefs and mangroves, spawning beds for fish, and agricultural lands. It cites the "disappearance of plant and animal species that have sustained indigenous peoples as subsistence food sources or as essential to their ceremonial life" and how "traditional livelihoods ranging from rotational agriculture, hunting and gathering, pastoralism, high montane livestock and agriculture . . . rain fed agriculture, bird migrations used to guide hunters and mark agricultural seasons" are being lost, along with "availability of drinking water."

Again, here we see food as a vector for discussing climate change. United Nations Special Rapporteur on the Rights of Indigenous Peoples Victoria Tauli-Corpuz states, "Climate change poses a serious threat to the rights of self-determination and development . . . as well as the rights to food, water, land, territories, resources, and traditional livelihoods and cultures."

See all by Kyle Powys Whyte