For the fifth time, the GreenBiz VERGE conference is running on renewable energy that is completely detached from the utility grid.

“The reason we build microgrids every year is because we believe the future is distributed — particularly the energy world,” said GreenBiz CEO Eric Faurot on the VERGE 16 mainstage Tuesday.

And distributed this year's microgrid is. The energy production assets are more diverse than ever: a biomass gasifier, microturbines for wind power, a solar panel array, a biodiesel generator and two forms of battery storage. Spirae and Hitachi provided the overall architecture, engineering and project management for this year's microgrid.

These are the things you would see if you walked out onto the lot where all the microgrid action is taking place: 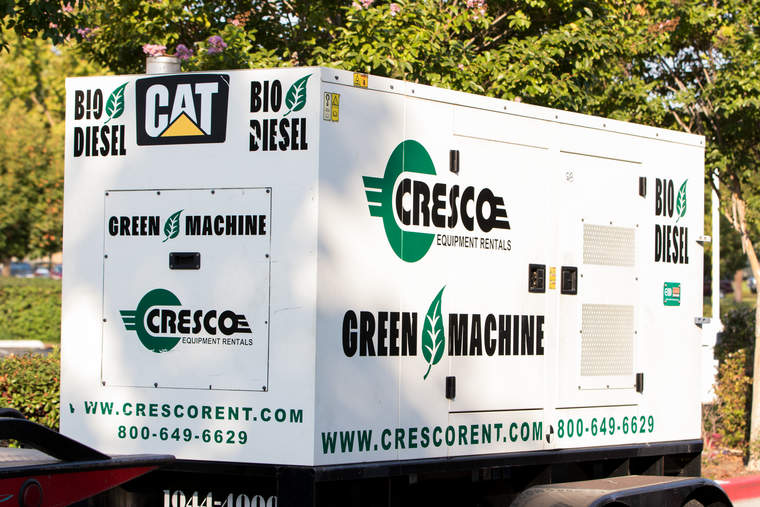 With the largest energy production capacity on this microgrid, a 100-kilowatt biodiesel generator (made from corn feedstock) provides load balance to the entire microgrid system by establishing the voltage and frequency to which all the other components sync up. To power VERGE, the amount of energy this biodiesel generator can produce is above and beyond what is necessary. 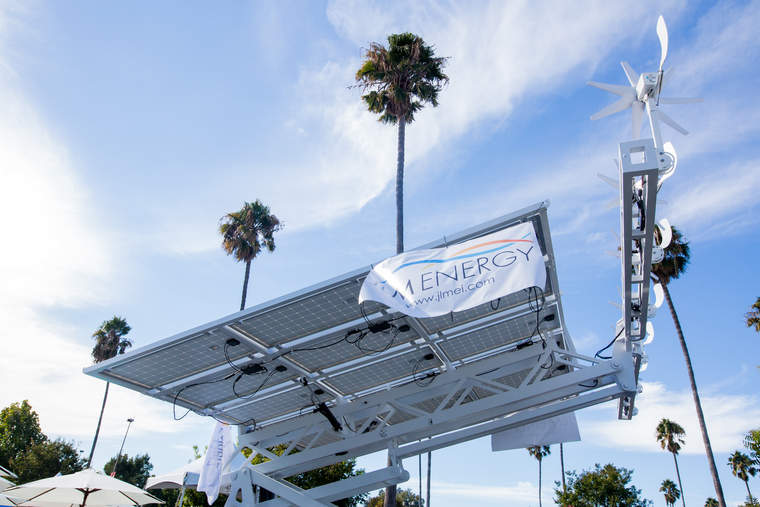 JLM Energy's 2.5-kilowatt, 18-panel solar array opens up like a butterfly to tower above the rest of the microgrid below. It also includes six wind microturbines perched on top, each of which with a 250-Watt capacity. However, the turbines in this microgrid are performing  at much lower outputs since they ideally function at higher altitudes where wind speeds can reach 30 miles per hour, such as on commercial rooftops. 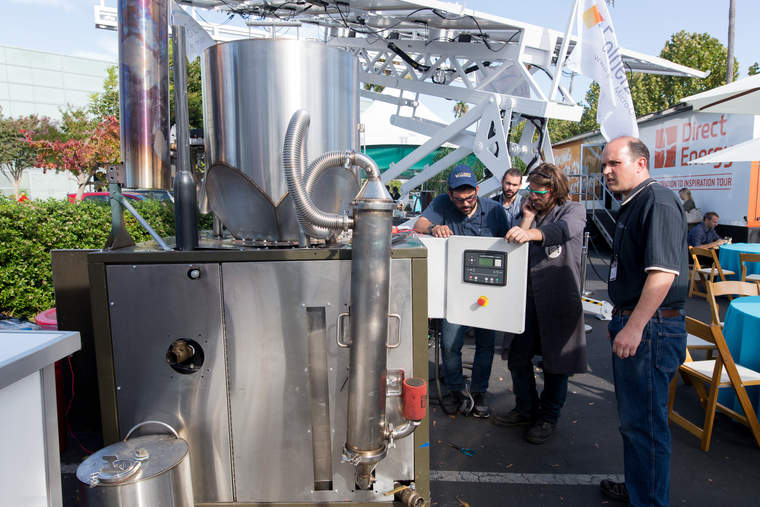 The All Power Labs gasifier uses biomass — in this case walnut shells — to produce 25 kW of energy (but is running at 10-12 kilowatts at the conference.) One 32-gallon bucket of walnut shells provides two hours of power at VERGE. Partial combustion of the walnut shells in a low-oxygen and vacuum-pressured environment causes a pyrolysis reaction to produce a gas that is pumped into a car engine.

The entire system is carbon negative since the leftover carbon is sequestered as biochar. According to All Power Labs mechanical engineer Sarah Schubert, these gasifiers are proving to be useful to farmers in Haiti, Liberia and other developing countries since they have the potential to turn agricultural waste products into useful energy.

Truck as a battery 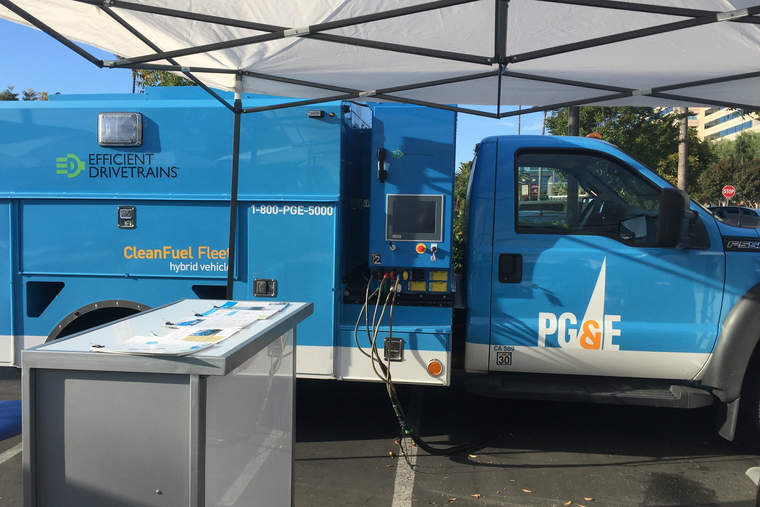 A hybrid electric utility truck from utility Pacific Gas & Electric provides up to 125 kilowatts of battery energy storage (the VERGE microgrid is only using it at 15-kilowatt capacity.) The truck is usually used by PG&E linemen as backup power for commercial and residential customers as they repair a downed electrical line. 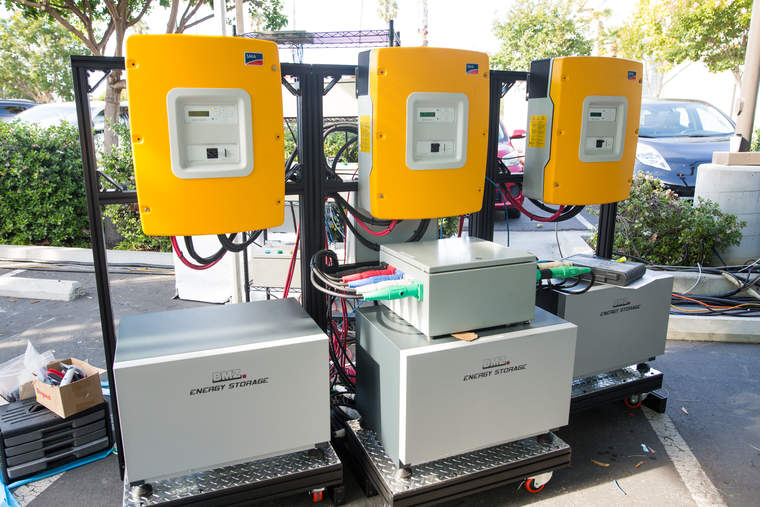 Spirae has provided an energy storage system that both absorbs and produces energy and acts as its own little microgrid. It consists of inverters (the yellow boxes above), batteries (the grey boxes below the yellow ones), a PV simulator (not shown) which gives functioning load in order to demonstrate the system's resilience despite the high variability of energy production. Plus, a load bank (not shown) uses energy to demonstrate the high variability of energy use.

Also not shown are the meter boxes where the lines from all the energy production assets run into to get metering information, which then sends the data to the... 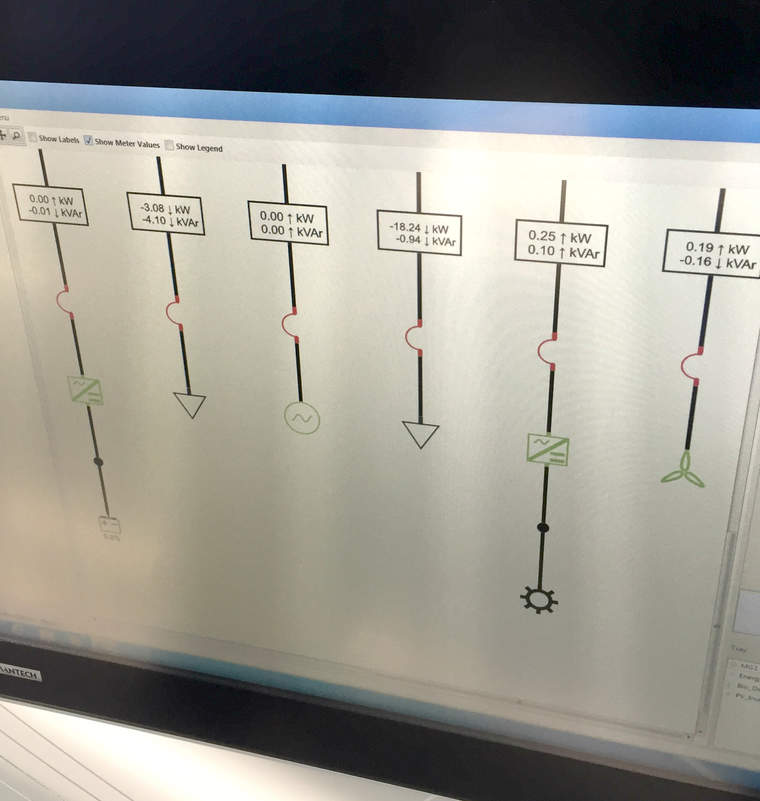 The Spirae Wave software system's interface illustrates the energy generation or consumption of each component of the microgrid. The Spirae Wave program controls systems that have high variability in load and generation by managing the different assets either automatically or manually. 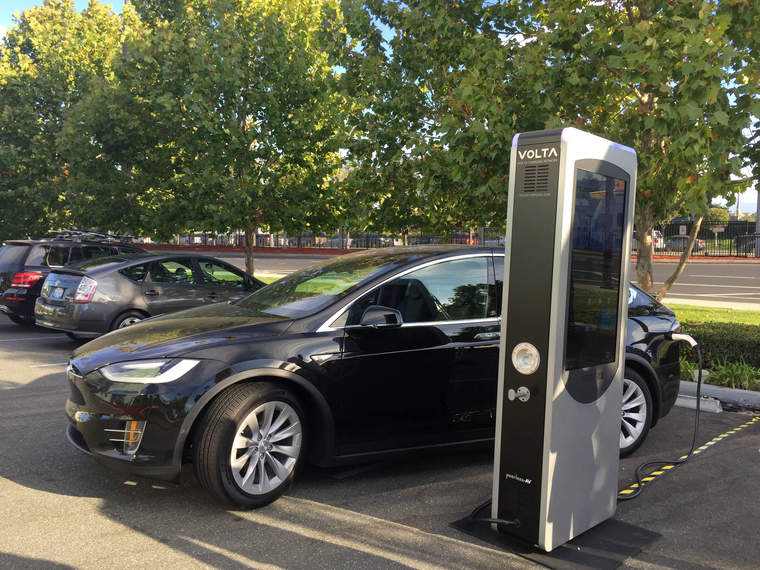 A Volta EV charging station fills up this Tesla Model X with some 2 kilowatts of energy from the microgrid per charge. The Volta charging station doesn't cost a thing to retailers that install it onto their property, nor to the car owners that want to charge their EVs. Rather, Volta's revenue comes from the digital ads that play on the charger panels, further enabling EV charging to break into the mainstream. 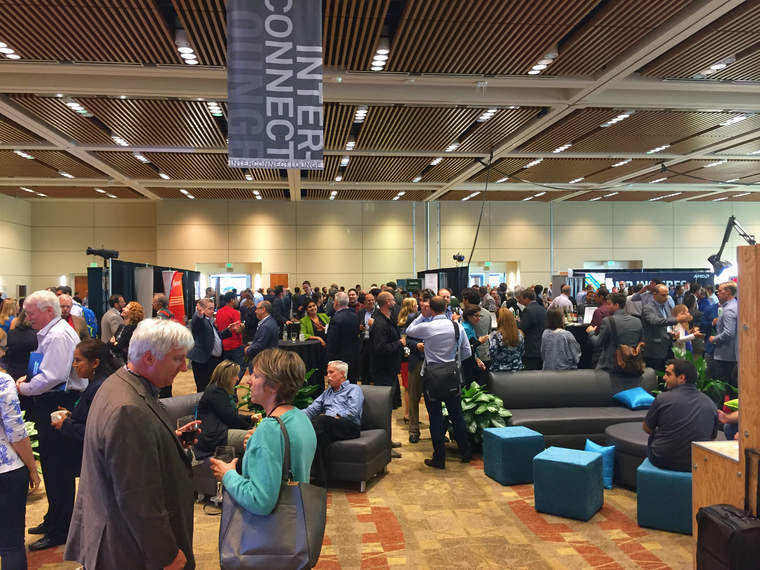 The Santa Clara, California, Hyatt Convention Center ballroom where the VERGE 16 Interconnect Expo is held. Everything in this room is powered by the microgrid, with a variable load between 1 to 3 kilowatts. The microgrid is producing energy many times over what is necessary for the conference so there is load bank made up of resistors to use the excess energy.

Building a Microgrid in a day to power VERGE