How Walmart is using its sustainability metrics to drive productivity

Whenever Walmart takes on a project, it creates ripples -- if not tidal waves -- throughout every industry it touches. So it's somewhat surprising to learn that when the retail giant first began tackling sustainability goals, it followed an anecdotal, aimless route -- seeing an opportunity and going after it without a system.

Of course, Walmart measured its suppliers and products on "everything under the sun," according to Jeff Rice, but it did not have a real framework until it launched the Sustainability Index in 2009.

Rice, Walmart's director of sustainability, talked about the necessity of having that kind of framework, and of developing a systematic approach to supply chain sustainability -- and especially the importance of metrics -- during a panel at the Sustainable Brands conference in San Diego.

The Sustainability Index, which is not proprietary to Walmart but open for use by any company, serves as a tool to improve the products its customers favor, integrate sustainability into the business, increase product quality, find supply chain efficiency and drive the productivity loop by reducing costs.

"Building sustainability into the business helps you through the bad times and when things get hard, and through transitions in leadership. We also went through a major leadership transition at Walmart, when (Lee) Scott left and Mike (Duke) came on," Rice said.

Asked about working with its many suppliers spread across the globe, he said the company approaches the challenge in bite-size chunks, developing a system that works in one country and then applying it elsewhere, so that the key has been to develop practical, actionable tools.

Most of Walmart's suppliers have reacted positively, Rice said, especially since it's shifted methods from the long, detailed questionnaires of the past that collected item-level information, but which resulted in a daunting and time-consuming task for its suppliers.

Now the survey has become more pragmatic, Rice said, and uses the lessons Walmart's learned: Focusing on a handful of key criteria instead of on every aspect of every product has made the process more manageable, and the initial questionnaire Walmart now sends to suppliers has just 15 questions.

To come up with metrics to measure key indicators, Walmart has closely partnered with The Sustainability Consortium, which it largely funded and which is made up of a working group of executives from companies like PepsiCo, Procter & Gamble, Kimberly Clark, BASF, SAP, Unilever and others.

The Consortium is developing a standardized framework for the communication of sustainability-related information throughout the product value chain. Called the Sustainability Measurement & Reporting System, it serves as a common global platform for companies to measure and report on product sustainability. It enables rigorous product level life cycle assessments that it says can be done at a fraction of today's time and cost, and provides a platform for to share sustainability data across the supply chain.

Rice said one of Walmart's goals is to get the right metrics for the right program, so working with the Consortium and other organizations, it is developing metrics for broad categories of products within which it looks at top criteria.

It has identified 1,500 categories and conducted a pilot test of metrics scorecards for 10 categories so far and is working with the Consortium to roll out more. Rice said the timeline for rolling out metrics across categories will depend on the Consortium -- which estimates that 100 of those metrics are scheduled to be completed this year and another 100 next year.

Walmart realized the Consortium was an important project in 2009, when the company faced up to its need to make major strides in sustainability, Rice said. "We didn't have a cross-industry way of assessing suppliers. We had it for light bulbs or apparel, but not for all of them."

In the past, Walmart has primarily used internal software to track suppliers, but as it rolls out scorecards across categories of products, the company will use a pilot platform being developed by the Consortium that can be used by any retailer.

It's also made sustainability a part of every buyer's evaluation, but is still working on integrating this assessment: "There will be rewards for buyers who focus on increasing sustainable sourcing, but I can't say more now," Rice told the event attendees.

In 2013, Walmart will have a scorecard for all its buyers aimed at helping them decide where to source products and how to improve their sustainability.

This ranking may mean a shift to different suppliers in some cases.

"It's possible," said Rice. "Our goal is to improve the sustainability of suppliers, so we'll identify who needs to improve and work with them."

Will this lead to a radical shift in how they do business with Walmart?

"We'll see some shifts in terms of sustainability," Rice told GreenBiz.com in an interview after the panel on metrics. "The radical shift is in how we talk to suppliers about it. We're in a really interesting point in history, where sustainability is going to impact being a supplier to Walmart." 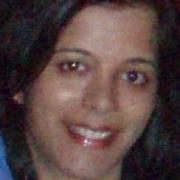 How Chicken of the Sea drove down its global footprint

Inside Intel's 3 pillars of sustainability

See all by Padma Nagappan