High-tech batteries may be garnering the headlines, but utilities from Spain to China are relying on pumped storage hydroelectricity to overcome intermittent wind and solar.

In the past decade, wind energy production has soared in Spain, rising from 6 percent of the country’s electricity generation in 2004 to about 20 percent today. While that is certainly good news for boosters of clean energy, the surge in renewables has come with the challenge of ensuring that electric power is available when customers want it, not just when the wind blows.

To help accommodate the increased supply of wind, Spain's utilities have turned not to high-tech, 21st-century batteries, but rather to a time-tested 19th-century technology — pumped storage hydroelectricity.

Pumped storage facilities are typically equipped with pumps and generators that move water between upper and lower reservoirs. A basic setup uses excess electricity — generated, say, from wind turbines during a blustery night — to pump water from a lower reservoir, such as behind a dam, to a reservoir at a higher elevation. Then, when the wind ceases to blow or electricity demand spikes, the water from on high is released to spin hydroelectric turbines.

That’s precisely what the giant Spanish utility Iberdrola has done with the expansion to its $1.3 billion Cortes-La Muela hydroelectric scheme, completed in 2013. The company uses surplus electricity to pump water from the Júcar River to a large reservoir on a bluff 1,700 feet above the river. When demand rises, the water is released to generate electricity. The 1,762-megawatt pumped storage generating capacity is Europe's largest and is part of a hydroelectric complex capable of powering about 500,000 homes a year.

While much of the buzz around energy storage today centers on the development of innovative battery technologies, more than 98 percent of installed storage capacity globally is, in fact, pumped hydro, according to Vladimir Koritarov, an energy systems engineer at the Department of Energy's Argonne National Laboratory in Illinois.

And today, fueled by the world's embrace of solar and wind power to help combat global warming, pumped storage hydro is in the midst of a surge, with power generators and utilities building new facilities from Italy to China as a way of balancing supply and demand across electric power grids.

"Among all energy storage technologies," Koritarov noted, "pumped storage hydropower is still the only one that is mature, reliable, proven and commercially available to provide large utility-scale energy storage."

Chemical batteries are typically installed at the electricity distribution level, where in addition to storage they provide other services, such as closing the gap between supply and demand in increments measured in milliseconds, noted Ruud Kempener, an analyst with the International Renewable Energy Agency in Bonn, Germany. The capacity of batteries is typically in the single to tens of megawatts.

In contrast, the capacity of pumped storage hydro systems ranges from the hundreds to thousands of megawatts, providing flexibility to the electric system as a whole, a role that Kempener said will increase in importance in the future. He was lead author of a recent report that found pumped storage hydro would need to increase to 325 gigawatts by 2030 from about 150 gigawatts today in order to double the share of renewable energy in the global mix.

Recent energy policy reforms in Spain have halted the hyper growth of renewables there. Still, several new pumped storage projects recently have come online in Spain, with more being developed in Germany, Austria and Italy. In Italy, Swiss utility Repower is gaining approvals for its planned 572-megawatt Campolattaro pumped storage plant about 55 miles northeast of Naples, which would pump water from a dammed lake to a newly constructed reservoir in nearby hills.

Pumped storage hydro is growing fastest in China, according to Chi-Jen Yang, a research scientist at the Center on Global Change at Duke University in Durham, North Carolina. "A new pumped hydro station comes online every several months," he said. "... There are 10 or 15 under construction right now and each one is really huge, like 1 gigawatt or bigger."

China's 22 gigawatts of installed pumped storage hydro capacity recently surpassed the United States' 21 gigawatts and will overtake world leader Japan's 27 gigawatts in 2018, according to Yang. The 3.6-gigawatt Fengning Pumped Storage Power Station under construction in Hebei Province will be the world's largest when it comes online around 2022.

In the United States, the Federal Energy Regulatory Commission issued licenses for two projects in 2014, both in California.

Several dozen other U.S. projects are in the early planning and preliminary study stages. These include the $2.5 billion, 1,200-megawatt JD Pool Pumped Storage Hydroelectric Project in Washington state, which would site a pair of upper reservoirs between strings of wind turbines on the Columbia Plateau and a lower reservoir, located 2,400 feet down the wall of the Columbia River Gorge at an abandoned aluminum smelter near the John Day Dam.

Planners envision close coordination among Columbia River dams, large arrays of wind turbines and the proposed pumped storage facilities, which would hold water in reserve during steady winds and unleash it during calm periods.

The history of hydro

Pumped storage hydro was first used in the 1890s in the Swiss, Austrian and Italian Alps to provide greater flexibility for the management of water resources. The technology was widely adopted in the 1960s, '70s, and '80s to provide load shifting, which transfers electric generation from peak hours to off-peak hours of the day, according to Koritarov.

The technique allows utilities to continually operate large, inflexible assets such as nuclear and coal-fired power plants at their optimal efficiency. Surplus generation from these plants is used to fill storage reservoirs; when demand peaks, the water is released to generate additional electricity. When nuclear and coal plants stopped being built, "the pumped storage also quit being built," he said.

Today's growth in pumped storage hydro is strongest where access is limited to inexpensive natural gas-fired "peaker plants," which are built to run specifically during times of high demand, such as the late afternoon on hot summer days. Peaker plants are also increasingly used to fill the gap when the wind dies or clouds blot the sun, causing a drop in intermittent renewable generation.

Pumped storage hydro requires more energy than it produces, noted Yang, meaning that the technology only makes sense in electric power systems that have surplus generation during certain parts of the day and lulls at others.

The technology is not without environmental costs. Their operation leads to rapid fluctuations in reservoir water levels as the systems switch between pumping water from dam reservoirs to elevated storage reservoirs, and then lowering those upper reservoirs during electricity generation.

"You may have an artificial flood for four hours, and then a drought for 20 hours, and then another artificial flood," said Peter Bosshard, interim executive director for International Rivers, an environmental advocacy based in Berkeley, California. Such fluctuations wreak havoc on the ecologically rich areas where terrestrial and freshwater ecosystems overlap. "We are seeing that there are other, more interesting ways of storing electricity coming up on the horizon, in particular battery storage through distributed systems."

Building new pumped storage hydro faces numerous obstacles, especially in the United States. Public and private sector support for chemical batteries can outweigh interest in pumped hydro. Other challenges include the hundreds of millions of dollars in upfront capital, long construction times, and market structures that give insufficient value to grid flexibility.

These hurdles have hobbled the Klickitat County Public Utility District's effort to construct the JD Pool Pumped Storage Hydroelectric Project along the Columbia River. Renewed interest is percolating, however, according to Randy Knowles, a commissioner for the utility district who has promoted the project for more than a decade. HydroChina Corp. (Chinese), a major hydropower construction firm based in Beijing, signed a memorandum of understanding with the county in October to discuss collaborating on the project.

"They have an interest in entering the U.S. market, and this is a real attractive project given its size," Knowles said.

Since 2000, 47 wind projects have been developed in Washington and Oregon within about 50 miles of the proposed project site. The turbines have a combined capacity of 4,695 megawatts and generate enough electricity to power about 800,000 homes, according to data from the Northwest Power and Conservation Council. Power lines carry the electricity wrung from the wind to high-voltage transmission lines that lead away from the John Day Dam.

In a sense, the dams act as a giant battery that compensates for the intermittency of the wind, ensuring a low-carbon means to keep the lights on from Seattle to Los Angeles.

But the capacity of the hydroelectric dams to accommodate wind generation is about maxed out, according to Knowles. In the spring of 2011, for example, the Bonneville Power Administration, the federal agency that operates the dams, ordered many Pacific Northwest wind farms to shut down generation for several hours a day to accommodate water releases (and a resulting surplus of hydroelectric generation) that was legally required to maintain safe passage for migrating fish.

"We are just ahead of the curve, frankly, in recognizing the need," he said. "So at some point everybody will catch up and the project will get built." 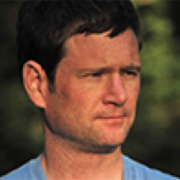 See all by John Roach