Water is used in virtually every form of industrial processing from manufacturing to mining, oil and gas drilling to electrical production, and on and on. At a global level, almost 20 percent of our precious freshwater resources are drawn upon for industrial purposes -- in the U.S., 45 percent of fresh water withdrawal is by industries.

If water consumption continues to increase, the resulting statistics are a wake-up call: By the year 2020, water demand will exceed supply by 470 trillion gallons, and the United Nations projects that 2.8 billion people around the world will be living in water-scarce areas by 2025. In other words, within 10 to 15 years we will not have enough available water to sustain our businesses and quality of life.

But there are ways we can reverse the trend. Industry plays a large role in the quest for a sustainable water supply, and water reuse affords both economic and environmental benefits to those who embrace it.

Seeing Reuse as a Viable Option

With the incorporation of proper technologies and systems -- membrane-based systems; thermal evaporation, crystallization and bio polishing; and wastewater recovery systems -- industrial plants can capture, purify and reuse their wastewater in order to reduce the amount of freshwater withdrawal.

Even the toughest and most challenging waters -- frac, oil sands, coal bed methane, grey water, etc. -- can be effectively treated and reused. Through electrodialysis reversal (EDR), advanced reuse systems are achieving up to 94 percent water recovery, while removing 40 to 90 percent of total dissolved solids.

By removing these contaminants ranging from pharmaceuticals to mercury, properly reclaimed and treated water can then be reused for other purposes such as agricultural and landscape irrigation, industrial processes, toilet flushing or groundwater recharge, which significantly lessens demands on freshwater sources, creates the ability to adhere to zero-liquid discharge regulations and, in essence, generates a personal and sustainable water supply for one’s own industrial use.

Seeking a solution to improve the overall performance of its cooling system -- the current system experienced scaling and fouling, resulting in decreased efficiencies, high operational costs and a significant dependence on municipal water for operations -- Cogentrix Energy adopted patented technologies and chemistries that enabled the company to reuse more than three million gallons of water on an annual basis. This ability to reuse such a large quantity of water reduced Cogentrix Energy’s need to tap local fresh water sources, eliminated blowdown discharge into the nearby river, increased the efficiency of the cooling tower system (by chemically reducing scaling and fouling) and reduced operational costs.

In arid climates, water scarcity challenges can limit industrial and population growth -- and thereby inhibit economic profitability as well. The American Southwest is a region that is increasingly realizing that finding ways to reuse water is absolutely critical.

The thriving community of Tempe, near Phoenix, Arizona, is experiencing strong commercial/industrial growth -- but it can be a challenge to keep up with the subsequent increase in wastewater treatment needs while reducing demand on the potable water supply. As a solution, the city needed to expand its existing Kyrene Water Reclamation Facility (WRF). For this project, Kyrene WRF saw that a compact and modular Membrane Bioreactor (MBR) system would enable the city to retrofit Kyrene WRF with advanced technology -- upgrading performance while reusing a significant portion of the existing infrastructure -- and also double treatment capacity without increasing the plant footprint.

These are just two examples of how water reuse has helped an industrial facility minimize its water footprint while maximizing efficiency and profitability, and it’s a business strategy that’s important to the future of our nation’s industrial growth.

Whatever drivers or motivators a company has in implementing water reuse technologies, the technologies and knowledge exist to make it happen. Whether you're facing a lack of water availability and need to create a sustainable water supply, to be more efficient, meet current or upcoming regulations, or be a more responsible and environmentally focused business or municipality, it’s a decision that shouldn’t be made tomorrow or next week -- it’s a solution that needs to be adopted now.

In addition to an increase in water demand, it is estimated that demand for electricity will double in the next 20 years and, as large amounts of water are required to produce electricity, demand for water to generate this electricity will triple in the same timeframe. With this in mind -- and a continued increase of industrial and population growth -- severe water scarcity will occur. This looming phenomenon calls for continued collaboration of government, industry, academics and nonprofit organizations and municipalities on a global level to further support the implementation of available and advancing technologies. 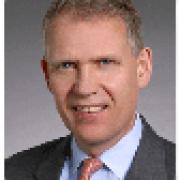 See all by Heiner Markhoff