How Whole Foods is changing aquaculture

With 75,000 employees and 362 stores in the U.S., Canada and the U.K., Whole Foods Market is a force to be reckoned with, particularly if you happen to be one of its seafood suppliers.

While Whole Foods wouldn’t tell me how many seafood suppliers it uses, it’s not a large number. That's because any supplier that wants to sell seafood to the supermarket chain must complete an exhaustive application and pass an annual third-party audit.

Earlier this year, Greenpeace ranked Whole Foods Market No. 1 on its 2013 Seafood Sustainability Scorecard as the retail leader with the industry's most rigorous sustainable seafood policies.

GreenBiz spoke with Carrie Brownstein, seafood quality standards coordinator for Whole Foods. She discussed how the upscale natural foods retailer is aiming to improve the aquaculture industry -- one that has received a bad rap for the environmental problems it sometimes creates.

Christina DesMarais: Can you talk about the timeline of Whole Foods’ aquaculture standards? When did the company start thinking about it and what has happened along the way? 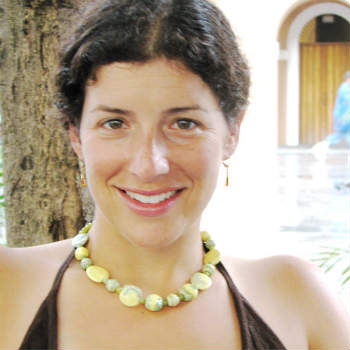 Carrie Brownstein: Our work on seafood sustainability started back in the late 1990s, and in the beginning, it was really focused on wild caught species and our collaboration with the Marine Stewardship Council. We also stopped selling a number of species that were especially vulnerable, like Bluefin Tuna and shark.

In 2006, we started a major effort on aquaculture. The first thing that we did was research and develop our standards for farmed salmon and then we released those standards in 2007. At that time, we started working on other finfish and shrimp.

And just to give you an idea of the process, we spent a full year researching farmed salmon before we developed and completed our standards for farmed salmon. Similarly for other finfish and shrimp, we spent a full year researching other finfish and shrimp species and aquaculture for those species before we completed those standards.

The process of developing our standards is really extensive. We go to farms with the farmers, see firsthand what they’re doing. We meet with environmental groups, we meet with scientists at universities. We meet with government scientists. We have a full range of stakeholders that we consult with. And then we hold meetings with our producers and our stakeholders and we get lots of input into the standards. We bounce ideas off them, get their responses, and then ultimately after a several-year process, we complete our standards and make them public so that anyone can see them on our website.

Any supplier that wants to sell their products to Whole Foods and who Whole Foods is interested in working with has to fill out a detailed application, detailing all of the farming practices, and then they have to pass each year a third-party audit that goes on-site and evaluates everything to make sure that the standards are being met. The standards are really detailed and extensive, and they’re right on our website so you can get details on what our standards are for feed, chemical use, predator control -- they cover every issue in aquaculture.

And we continue to work on aquaculture because our process is continuous and always evolving, so as we learn more about what’s happening in the industry, we continually improve and update our standards. The work started in 2006 but it continues today.

DesMarais: Do you have any stats or numbers that communicate how aquaculture has changed over time because of what Whole Foods is doing?

Brownstein: What I can tell you is that in the beginning when we first put out the standards, for example for salmon, we had to give producers a little bit of time to achieve some of the things that we wanted to see in aquaculture. So, for example, we didn’t want any of the nets that are used in the pens to be treated with copper-based antifoulants. Nets, when they’re in the water, they naturally get algae and things on them. It just grows on the net. And the conventional practice in the industry is to use a copper-based antifoulant like an antifouling paint. It’s similar to what’s used on the hulls of boats.

But these kinds of things are toxic to the marine environment and we didn’t want that to be getting into the water and affect other aspects of the ecosystem or other animals. So we gave the producers time to allow for all of our suppliers to stop using that. In the beginning we said that a certain percentage of them had to not use it, and then ultimately everybody had to stop using it. What that did was, that reduces the overall amount of copper that’s entering into the water. 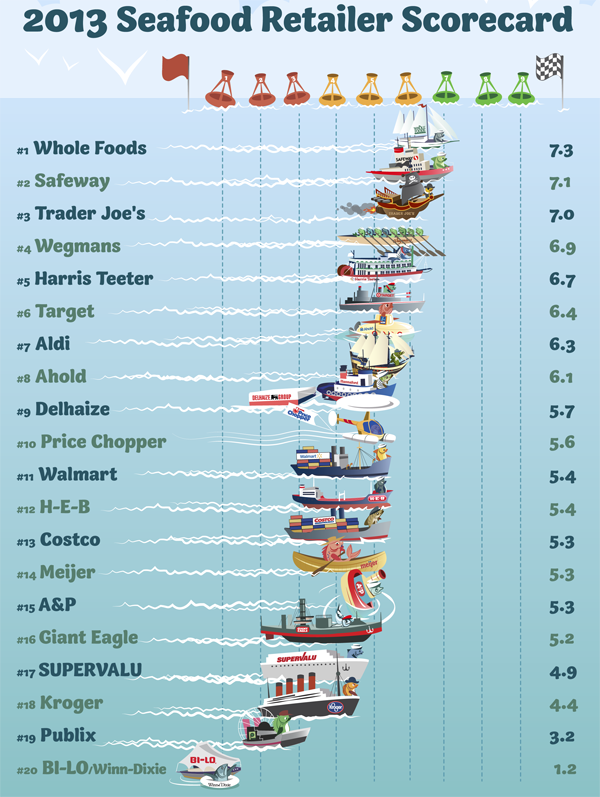 And then we gave a little bit of time for the producers to phase out the use of any other parasiticide that could be used in the water. We said, "You have to find a way to do this or we just can’t source from you." And so we have completely at this point phased out the use of any parasiticide. That’s really unusual.

So we’re keeping these chemicals out of the water and there are many, many, many more examples.

DesMarais: How do they keep the sea lice off salmon then? Is there a better way?

Brownstein: Yeah, there are interesting ways. We partner with a farm in Norway that uses a fish called a lump sucker. They eat the sea lice off a salmon if it occurs, but essentially it also means we have to source from farms that are in areas that do not have big sea lice problems.

There are a lot of things like this. We don’t allow synthetic colorants in our farmed fish and we don’t allow antibiotics, which is a huge thing that we’re keeping out of the water, not [just] for the salmon, but any farmed fish. So one way to look at it is that you can look at the data and see what impact are suppliers having on the ecosystem right now, but the other way to also think about this is we’re really trying to create a model for what can be done in aquaculture. We put it all on our website so anyone can see it, and the idea is you can show that this can be done, and hopefully others will start adopting more innovative practices and have a larger impact on the industry.

Overall, our goal with our aquaculture work and with our work for wild species as well is to create a more sustainable seafood industry. So we really try to create a model for how things can be done. Hopefully it will have ripple effects.

DesMarais: Is the Responsibly Farmed logo, which tells customers that a product meets Whole Foods’ strict quality standards for aquaculture, something that suppliers can use on their packaging for the seafood that they sell to other mainstream grocers, or not?

Brownstein: No. It’s our logo and it’s just for a supplier that is certified that they’ve passed their third-party audit and our standards are being met. It doesn’t have any application to other retailers.

DesMarais: How does Whole Foods certify wild caught fish as being sustainable?

Brownstein: The aquaculture program is different from the wild caught species program. For aquaculture we’ve developed our own standards and then we have an independent third-party audit program to audit the farms and verify that the standards are met. 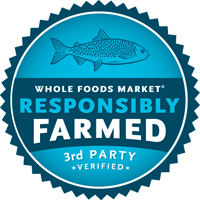 For wild caught species, we partner with others who have the standards and do the evaluations so they’re not our standards. We basically looked at, in the late 1990s, who had the world’s leading standards for wild fisheries. The Marine Stewardship Council has the strongest standards and has the most rigorous, independent and multi-stakeholder third-party international processes. The certification [also includes] chain of custody to verify that the fish you’ve got in your counter actually came from the fishery that was certified on the water.

So we collaborate with them, the Marine Stewardship Council, and sell as much MSC-certified seafood as possible. There’s not enough MSC-certified seafood for us only to sell so if it’s not MSC-certified, it has to be rated green or yellow by two organizations that we partner with: Monterey Bay Aquarium and Blue Ocean Institute. So we partner with them just for the wild caught species program, and they have methodologies for evaluating fisheries and we use their ratings. Green means the species population is abundant, it’s well-managed and there’s no bycatch (when secondary-unintended species are caught), and so on.

DesMarais: What is the percentage of wild caught versus farmed seafood Whole Foods sells?

Brownstein: It’s going to vary according to region and time of year. For example, when certain wild caught species are in season we might have more of those species at that time. Also there are regional preferences, so if you’re in a region such as the Pacific Northwest, where they’re very close geographically to some really great fisheries, their distribution of wild versus farmed might be different than in another region. It really depends on season and availability. 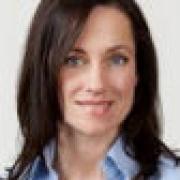