This is an excerpt from "Firestorm: How Wildfire Will Shape Our Future" by Edward Struzik. Copyright 2017 by Edward Struzik Reproduced by permission of Island Press, Washington, D.C. It was made available in paperback Sept. 5. 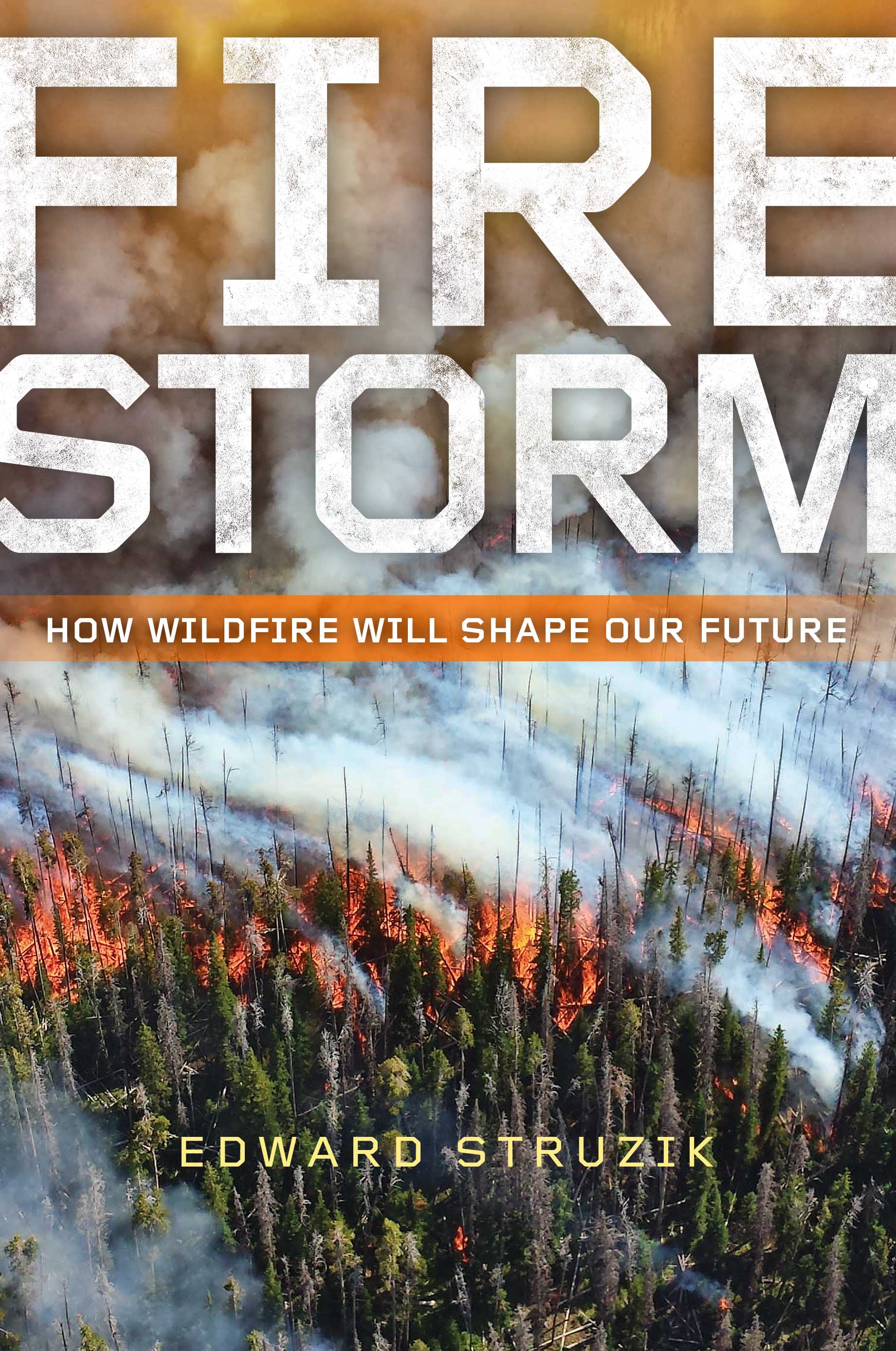 A History of Fire Suppression

As is well known to old timers, the Indian fired the forests with the deliberate intent of confusing and concentrating game so as to make hunting easier. . . . A bunch of deer with their heads in the air waiting for a fire presented an easy mark, even to the Indian’s bow and arrow, and it was this fact, and not any desire for fancied forest conservation, which caused the Indians to burn the forests. — Aldo Leopold

On the day the Sunshine Ski Hill in Banff National Park opened early in November 2016, temperatures skyrocketed, making it feel more like early summer than late fall. As skiers gleefully headed for the hills for the first time, wildfire specialists Cliff White and Ian Pengelly took me to the top of Sulphur Mountain, an iconic peak that provides breathtaking views of the wilderness and townsite below, to show me how a Fort McMurray-like wildfire might burn one of the world’s most popular tourist destinations.

I was intrigued because many wildfire experts are predicting that another wildfire like the one in Fort McMurray is inevitable. Among those places mentioned by wildfire experts I talked to were Timmins in Ontario, Prince George and Whistler in British Columbia, and Redmond, La Pine and Sisters in Oregon. People in Libby, Montana, are fearful that a fire in the Kootenai National Forest will bring destruction and despair to them soon. Many Alaskans living in the state’s interior feel the same. The list that Brian Stocks, a wildfire expert and member of the expert review panel that looked into the Fort McMurray and Slave Lake fires, keeps is a long one. He believes there are literally hundreds of communities at risk on both sides of the border.

California has long dominated the headlines for the wildfires that routinely wreak havoc throughout the state. California currently spends the most money per acre on fire suppression because it is heavily forested in places, hot and often very dry and because it has so many people living in and around wildlands where it is difficult and expensive for firefighters to suppress fires. Seven of the 10 costliest wildfires that burned in the United States between 1990 and 2017 occurred in California.

When household risk of exposure to wildfire is considered in the United States today, California still ranks high on the list, but so do Montana, Oregon and Washington.

The new wildfire paradigm that is emerging is a California problem migrating into the northern forests of the continent. There are many reasons for this change, but several developments stand out. Since the 1990s, industry and hundreds of thousands of people have been moving into the boreal, montane, Columbia and subalpine forests where climate change and decades-long policies of fire suppression have turned thick stands of mature trees into kindling during exceptionally hot, dry summers. When household risk of exposure to wildfire is considered in the United States today, California still ranks high on the list, but so do Montana, Oregon and Washington.

The situation is similar in Canada. Several years before the fire in Fort McMurray, and just months before a third of the town of Slave Lake burned, the Institute for Catastrophic Loss Reduction warned of a $1 billion wildfire event happening sooner rather than later. At the time, Glenn McGillivray, managing director of the institute, didn’t predict fires ravaging Fort McMurray or Slave Lake, but he did warn that fire could bring destruction to Vancouver, Victoria and Whistler in British Columbia as well as to Jasper and cottage country in Ontario and Quebec.

A hotter, drier climate cycle is not just a problem facing the West, the North, Ontario and Quebec as many people assume. Climatologists have also been predicting that wildfire will wreak havoc in regions of the American Southeast, such as Tennessee. There, a wildfire in the Great Smoky Mountains killed 14 people, injured 130 others and forced 14,000 people to evacuate in December 2016. Wildfire is also a threat in the East where boreal and boreal-like forests such as the New Jersey Pine Barrens are located. Wildfire follows people irrespective of where the trees are located. New Jersey is a leader in this regard. Ninety-nine percent of all the wildfires in that state are caused by humans. In the boreal forest, humans cause about 65 percent of the fires.

What distinguishes northern forests from most of those in the East and Southeast, according to Lee Frelich, a University of Minnesota scientist who has been studying fire in the boreal region since the 1980s, is that the spruce, pine and larch trees that dominate a good part of the northern forests burn much more easily than deciduous trees such as the oaks that mix with pine in the Pine Barrens and the maples that prevail in places such as the Great Smoky Mountains.

Frelich invited me to come see the rich history of fire he has documented in the Boundary Waters Canoe Area Wilderness in northern Minnesota. The Pagami Creek fire in 2011 was the biggest that state had experienced in a century. Frelich has no doubt that there will be more fires like that one and that these future fires will accelerate the dramatic restructuring he has been documenting in the state’s boreal forest. As tempted as I was by Frelich’s offer, I accepted Cliff White’s invitation to come to Banff instead because I knew that countryside as well as anyone who does not live there. If Banff burned, I realized, the world would pay attention because so many people worldwide have been there at one time or have dreamed about going.

The theoretical Banff fire begins on a dry, hot day in late spring or summer when there are 25,000 tourists in and around the town of 9,000. About 1,500 of them are hiking up the trail or riding the gondola that goes close to the top of Sulphur Mountain, an 8,041-foot peak. Down below on the wild west side of Sulphur, a fire ignites in a stand of old-growth coniferous forest that hasn’t burned since the last big wildfire raced through this part of Banff in 1889. Like that fire, this one may have been caused by a lightning storm that has come in with a cold front, or perhaps it was caused by people illegally camping in the Spray River Valley below.

With nearly 70 years of fire science and fire management experience between them in the national parks of Canada, Pengelly and White know better than anyone else what might happen next. 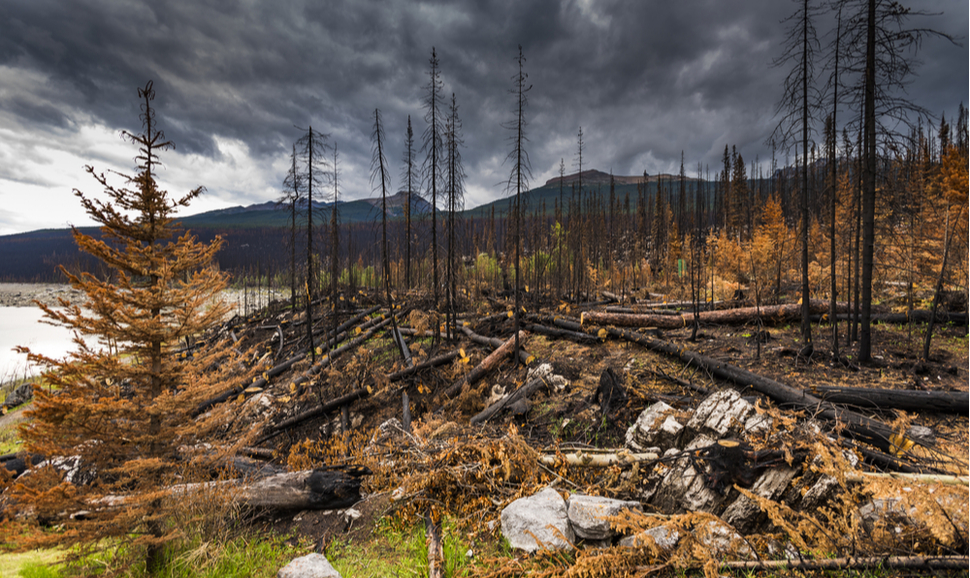 "If we had conditions like we had in 2003 when fire threatened Banff, it might take only 20 minutes for a fire like that to reach the mountaintop from the parking lot below," Pengelly said as we gazed up at the mountainside before going up. "That would be a big problem because the trees go right to the top. There is no escaping the fire up there."

Getting a thousand people off the mountain using the gondola, as Parks Canada and the owners of the interpretive center hope would happen, would take possibly three hours, two at best. That process would be extremely risky because the gondola might be hit by a fireball or by a thick plume of smoke that could asphyxiate people inside the cars.

According to Marty Alexander, a wildfire expert who spent nearly 35 years with the Canadian Forest Service studying fire behavior, people have only a few options when they are threatened with being entrapped or burned over by a wildfire. If there is no vehicle or building in which to take refuge, they can hunker in place. They can run through the fire edge to a burned-out area, or they can, if they have something to light a fire with and dry enough fuel on the ground, burn out a safety area.

When we get to the top, I survey the site and check out the tourists who are standing on the lookout outside the newly furbished interpretive center. Many are elderly. A lot of them are Japanese or German. Presumably, many of them don’t speak or understand much English. Only a handful are making the minor effort it takes to walk the boardwalk steps to the summit. Their city shoes wouldn’t get them there comfortably. They would be sitting ducks if a fire were to race up this precipice. I can’t imagine them running through the fire to escape or lighting a fire to burn a safety area.

Getting people to go inside might prove to be a challenge because humans, like wildlife, instinctively flee rather than stay put when a fire comes towards them.

The best option, according to White, would be to herd everyone on top into the interpretive center and hope that the building is resilient enough to withstand the heat and the smoke. "Hikers on the mountainside would likely be toast by then," he says. "And getting people to go inside might prove to be a challenge because humans, like wildlife, instinctively flee rather than stay put when a fire comes towards them.

"The best you could hope for is a helicopter coming in with a Parks Canada search and rescue team ordering people to get inside."

As the fire engulfs the forest on the mountaintop, burning embers come raining down on the town of Banff, which lies at the bottom of the valley on the east side of the mountain.

"Being upwind of the townsite, Sulphur Mountain would be like a volcano erupting," says White. "Trees, fences, and rooftops would begin to catch fire just as they did in Fort McMurray in 2016 and Slave Lake in 2011. Outside help would be at least one to two hours away in a best-case scenario. Even then they would have trouble getting into town because there might be 25,000 people or more trying to get out. It’s not unusual to have gridlock on the streets of Banff on a busy summer day without an emergency unfolding."

Pengelly suggests that if the wind is calm, the wildfire is unlikely to end up being as bad as the Fort McMurray fire was because the town of Banff has made some progress in making itself FireSmart, which is a not-for-profit program that makes communities resilient to fire. Parks Canada has also done some work to create firebreaks between the town and the forest. Pengelly oversaw a lot of that work.

"That may be true," said White of Pengelly’s opinion, "but is that your default position? If there are squirrely winds swirling around, you won’t be able to light the backfire that would be needed to steer a fire like that away from town."

While listening, I had to wonder aloud. Even if the conditions were favorable for a back-burn — a fire that is purposely set along the inner edge of a fire line to consume the fuel in the wildfire’s path — would the bureaucrats at Parks Canada be brave enough to light one given what happened with back-burns here and elsewhere? Consider Los Alamos, New Mexico, where a back-burn that was set in 2000 got hopelessly out of control and raced up a mountainside toward towns and a national laboratory complex filled with people and underground nuclear weapons

"It could get ugly," Pengelly acknowledged. 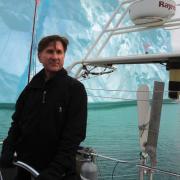 See all by Edward Struzik