These effects are compounded by the expected increased water demands for economic and population growth, resulting in greater reduction in the overall available water for many rivers.

Because hydropower generation is dependent on adequate river flow and water availability in reservoirs, climate change effects pose real risks to countries that rely heavily on this source of renewable power.

The impacts of climate change and increased energy demand will be magnified in dam-impacted river basins where water resources already are affected. Dams influence the flow of rivers at a basin-wide scale, reducing their ability to absorb disturbances such as extreme floods and droughts, more frequent hurricanes, rising sea level and melting glaciers.

Management action to mitigate these effects is likely required in 13 percent of the world’s large river basins. If no actions are taken, drought-induced hydroelectricity blackouts and dam safety risks may occur.

Hydroelectric dams are impacted by both increased and decreased river flows. The energy output of hydropower is dependent on the maintenance of upstream flow conditions needed as inflow to hydroelectric dam reservoirs. Changes in hydrology have serious implications for power generation capacity, management of peak supply and demand and dam safety.

In the case of increased flow, upstream sections of the river may experience severe floods and increased erosion, carrying sediment to reservoirs. In turn, this reduces the lifespan of the reservoir and amplifies flood risks. If this occurs when reservoirs are near capacity, there is a large chance of dam failure — impacting infrastructure, agriculture and communities.

This vulnerability is especially apparent in Latin America, where many countries depend on hydropower or are considering future hydropower projects. In the Amazon River basin, 414 dams are either being planned, under construction, proposed or in operation.

More than a third of these dams are near the Andean headwaters. In this region, rapidly melting glaciers are affecting river flows — by increasing rapid runoff flow in the short term and decreasing regular seasonal flow in the long term. Snow and glacier melt runoff is a major source of streamflow for communities at the base of mountains and glaciers.

As these glaciers disappear, this water reserve vanishes. Glacier melt, along with climate change and drought, are causing more frequent low-flow conditions in the rivers of Latin America. Due to these present and future changes, heavy reliance on hydropower then results in a high seasonal variation of electricity generation potential in certain affected river basins.

Brazil is an example of a hydro-dependent country that is vulnerable to climate change. Brazil generated 405 billion kilowatt-hours (kWh) of hydroelectric power in 2013, and the electricity demand in the country will continue to grow rapidly over the next few decades with economic growth.

Hydropower provides around 70 percent of its electricity, and two-thirds of the country’s hydropower potential (PDF) has yet to be developed. Because existing dams are underperforming, with reservoirs only reaching 38 percent of their capacity, Brazil is building more dams with expanded reservoirs and increasing its reliance on fossil fuels to meet energy needs.

Although Brazil plans to move away from hydropower to mitigate the risk of supply shortages due to climate change, new hydro projects are still being planned and developed.

Below are some specific cases where various climate change impacts and dams are threatening the world’s rivers and the people who depend on them.

In developing countries, governments often construct dams (PDF download) as a first step toward increasing water availability for irrigation, food production, electricity and drinking water supply, due to the relative low cost of large scale hydropower and its overall reliability.

Over 3,700 major dams with a capacity over 1 megawatt (MW), considered to be large scale, are being planned or constructed, primarily in countries with emerging economies. Developing countries rely on large hydro initially, but as they develop, they diversify their energy sector and reduce hydropower reliance.

However, because of fewer resources for long-term adaptation to climate change effects on water resources, these developing countries are more vulnerable to changing water availability and extreme weather.

The World Wildlife Fund estimates that irrigation from dams contributes to 12 percent to 16 percent of world food production — so the dependence on dams in developing countries jeopardizes not just electricity generation, but water and food supply as well.

Energy rationing and drought blackouts are increasingly common in hydro-dependent countries, and climate change impacts only make this energy vulnerability more critical. And while the impacts of climate change on overall global hydropower generation potential will be small (PDF), consequences on individual projects, river basins or regions could be substantial.

Future dams can be designed to better balance climate change risks, social and environmental impacts and economic considerations by better evaluating all aspects of the project before construction. New hydroelectricity technology can help to compensate for vulnerabilities to climate change and can make electricity generation more efficient.

It can also help in designing projects that minimize environmental impacts on rivers to prevent adding to their vulnerability.

Sustainable policy guidelines for hydropower development and river basin management can be made, such as the International Hydropower Association’s sustainability guidelines from 2010. New development can take into account past examples of best practice case studies for the development of hydropower projects.

To reduce the vulnerability of countries’ electricity sectors due to climate change, diversification away from a dominating dependence on large dams for electricity and flood control may be necessary.

Small scale hydroelectric projects, wind and solar are more resilient to climate change than large centralized dams and have less severe impacts on the environment. They are also cheaper to operate and more likely to reach rural areas not connected to a centralized national grid. Improvements in water-use efficiency and management also will be very important for water security in the face of climate change impacts. 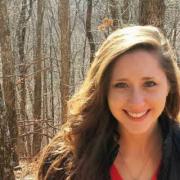 See all by Jessica Belt