How Yalmaz Siddiqui, MGM Resorts International, got the job

In my role leading the GreenBiz Executive Network (GBEN), I am often on the phone with recruiters looking for good candidates or, more frequently, good candidates looking for the right opportunity. Having written a book about networking as a key aspect of the job search, I take a lot of these calls.

Starting with today’s column, we’ll feature occasional interviews with sustainability professionals to learn how they got their job.

Late last year, MGM Resorts International’s Chief Sustainability Officer Cindy Ortega reached out to tell me that Chris Brophy, for four years the company’s Vice President-Corporate Sustainability, was being promoted to lead strategic initiatives at the company, and that she would need to find his replacement. After meeting with numerous highly qualified candidates, MGM hired Yalmaz Siddiqui as its new vice president of sustainability.

I recently talked with Siddiqui and Ortega about how one goes about getting hired as a VP of sustainability these days. The following has been edited for length and clarity.

John Davies: When Chris went on to his new role, what kind of person were you looking for to replace him?

Cindy Ortega: I should first say that the program at MGM has been successful because we don’t really look at it in terms of incremental improvement. In our sustainability efforts, we are looking for transformational leadership. That means you have to have leaders who have the ability to create a vision and a track record of execution.

And frankly, in the GreenBiz Executive Network meetings that I've been to, I have met, I don't want to say many because that sounds like legions, but I have met a number of transformational leaders there. And so we were recruiting for that type of person.

Davies: Yalmaz, you’ve done some great work at Office Depot. What made the opportunity at MGM interesting to you?

Yalmaz Siddiqui: I think what really compelled me about MGM from the beginning was this very strong tie that Cindy has between finance and sustainability. To have an ex-CFO who is now a CSO is really interesting and rare, and I think that was the primary driver of my interest, being able to move into a context where there was a very close connection between these two functional areas that are historically quite separate.

We're looking for people who exhibit passion in their lives beyond their own work.

Davies: Were there certain attributes or experience that made Yalmaz a good fit for MGM?

Ortega: While I had met him at a GBEN meeting, I wouldn't say that I knew Yalmaz very well. And so my point of view in terms of attributes that he would bring to the team really came from our interview process more than our interaction previous to that. I had 58 qualified applicants in one week and had to close the job. And qualified for us was significant experience. It was a strong platform of education. It was very difficult to qualify for the job. 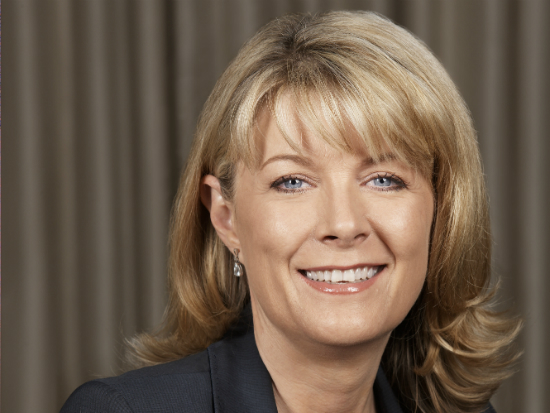 But for me, it's first and foremost about the team. I know that might sound trite, but we are really deliberate in picking people who are a good fit. A big part of the interviewing process was for candidates to visit Las Vegas and the final candidates did panel interviews with everyone in my group. And, in fact, my boss actually interviewed our final three candidates.

Davies: We’ll get back to your boss in a minute. What was your team looking for in these interviews?

Ortega: We're looking for people who exhibit passion in their lives beyond their own work. We spend quite a lot of the time asking them about their hobbies and about things they do outside of work, because in our group there's only 13 of us, and we have to lift each other. And so we have to have people who lift the people around them. In a field of very, very qualified applicants it came down to point of view, passion and interpersonal skills for what really separated people out.

Davies: How did you first approach Cindy about the opportunity?

Siddiqui: My first email to Cindy was triggered by an email from you saying that a new role had opened up at MGM and Cindy told you she would possibly value financial skills more than environmental skills, maybe more than sustainability leadership skills. And I reflected on that and was starting to think about the next move for me and I felt if that was the No. 1 thing that Cindy wants, I'm probably not going to be an excellent candidate.

So I was very transparent in my first email saying, "I don't have these two things, but I have these five things. Should I still apply?" And she answered in great detail and said, "On balance it's worth it."

Recognize that you are interviewing in an environment that's highly, highly competitive, and that the candidate’s background and experience is not what's going to get you the job.

Davies: What did you bring to the interview that made you a great complement to the team?

Siddiqui: I think I bring a new set of skills that help focus on the B2B customer that is interested in sustainability. MGM has done an excellent job in terms of driving environmental footprint reductions and cost savings. There's been a substantial focus on energy efficiency, waste reduction, recycling, water reduction and many other things. What I'm excited about is taking all of that incredible work that's led to this great sustainability reputation and helping to grow the top-line, helping attract major B2B customers who recognize that what MGM's done is very similar to their sustainability program.

I'm interested in taking what was the roadmap at Office Depot, which was to not focus as much on the retail part of the organization, but focus on the B2B buyers, the states, companies, universities, etc., and use sustainability to drive competitive advantage.

Davies: It sounds like a bright future at MGM. Do either of you have advice for current job seekers?

Siddiqui: My advice is to know yourself, know your value and know the company you're applying for. If you think a lot about all three of those things you'll be in a much better place to find a new role for yourself.

Ortega: I think my advice is what you would expect. Recognize that you are interviewing in an environment that's highly, highly competitive, and that the candidate’s background and experience is not what's going to get you the job, because there are so many good people in this space right now and so few jobs.

And so it comes down to, "How did you prepare for the interview? How did you articulate your thoughts? What things did you draw our attention to? Did you basically read your resume to us?" because that's a nonstarter. And it's just very, very difficult to get a job at a vice president level in a Fortune 500 company in sustainability.

Davies: Thank you both for the great advice. Cindy, you mentioned that your boss was part of the final interview process. How did that go?

Ortega: As you know, my boss Bobby Baldwin is a world-champion poker player and a high-stakes bridge player, and he's known on the world stage as being able to read people. I asked him to interview our final three candidates and there was no question in his mind that Yalmaz was the right fit for MGM, none at all. I didn't even have a discussion with him about it, he just told me.

Davies: I guess when you apply for a job at MGM you can’t bluff your way through the interview.