<p>Bonnie Nixon, who most recently served as HP's director of environmental sustainability, will join The Sustainability Consortium as executive director.</p>

The Sustainability Consortium (TSC) has hired as its new executive director the woman largely responsible for implementing HP's sustainable supply chain program and creating an industry code of conduct for supplier working conditions.

Bonnie Nixon, who most recently served as HP's director of environmental sustainability, will begin transitioning into her new role at TSC next week.

"It's a really important milestone," said Jon Johnson, TSC co-director and co-founder. "We're thrilled to have her. We believe it continues the momentum." 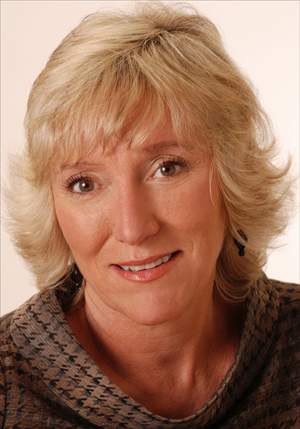 "Within two years, we had almost 45 companies," she said in a phone interview Thursday. "It really moved fast, like wildfire. I think it spoke to our commitment."

The move to TSC puts Nixon at the center of a diverse group of corporate, NGO, academic and government interests working to create another set of standards and tools that will be used for measuring the sustainable attributes of products.

Initially launched in 2009 when Walmart announced it wanted to one day create an index that would rate the sustainability of its products, TSC now boasts more than 60 members, including Alcoa, Best Buy, Kellogg's, McDonald's, PepsiCo, Procter & Gamble, SAP, Stonyfield Farms, WWF, BSR and the U.S. Environmental Protection Agency.

Nixon feels comfortable among the different stakeholder groups due to a career in which she has managed hundreds of private-public sector environmental projects ranging from hazardous waste to wastewater management.

"I've had the opportunity to look through multiple lenses: the corporate perspective, the government, and the academic perspective," she said. "I think what I bring to this is an empathy for all those positions, an understanding of what they bring to the table, and the good listening skills and ability to build consensus."

One of her challenges will be making sure the nonprofit stays on point, developing a long-term strategy and "finding the right balance between speed and thoroughness," she said. She views her role as a facilitator who must create an environment where all participants have their voices heard. From the beginning of her career, Nixon said she has appreciated the power of collective effort to address challenges.

"I saw early on if were going to solve these incredible, complex problems that we needed to do it together," Nixon said. "No one sector, entity or person has all the answers."

Army Looks to Cloud Computing to Trim IT Bootprint