This article is the fourth in a four-part series of essays about stakeholder engagement. The first three essays focused on stakeholder trust, engaging investors and employee activism.

The United Nations Guiding Principles on Business and Human Rights (UNGPs), released in 2011, provide the first coherent framework for how business should manage their human rights risks and impacts. The framework clearly specifies the responsibilities of government and business and outlines clear steps for business with regards to due diligence, oversight and remedy. The Guiding Principles necessitate detailed engagement by companies with impacted stakeholders — part of a wider shift in the business community from considering risk to understanding societal impact.

In particular, stakeholder engagement is needed for: conducting any credible Human Rights Impact Assessment; seeking Free Prior Informed Consent from communities and other affected stakeholders before establishing mining, infrastructure and energy operations; and providing remedy for any harmful human rights impacts.

Indeed, effective remedy requires directly seeking the perspective of stakeholders who have been harmed. This entails, among others, identifying which stakeholders suffered what harm, from which business activities and what the underlying root causes of the harm were. This also requires ensuring affected stakeholders’ perspectives are central in the remedy discussions.

All of these developments have been incorporated into BSR’s "Five-Step Approach to Stakeholder Engagement," which aims to show how companies can initiate and sustain constructive relationships with stakeholders over time, throughout the organization, by engaging early and often — and acting based upon what they hear. In 2011, when the original report was published, our approach was driven by considerations of risk to the company. Now, we have revised our framework to incorporate central human rights concepts of vulnerability and impact.

There is still a significant gap between companies responding to allegations of harming human rights and actually engaging with affected rights holders to ensure appropriate remedy is provided.

Evidence suggests that businesses are still struggling to respond to this new environment. In 2018, the Corporate Human Rights Benchmark assessed 101 of the largest publicly traded companies in the world across agricultural products, apparel and extractives industries. The findings of the assessment depict a "deeply concerning" picture, with four in 10 companies "failing" on human rights.

It is clear that there is still a significant gap between companies responding to allegations of harming human rights and actually engaging with the affected rights holders to ensure that appropriate remedy is provided. The benchmark found that less than half of the serious allegations of negative human rights impacts reviewed by the benchmark resulted in meaningful engagement with the alleged affected rights holders, and only 3 percent of the reviewed allegations were resolved through by providing remedy that was satisfactory to the victims.

Effective remedy itself is comprised of the following five elements:

In addition, there have been a growing number of cases globally where banks are considered to have contributed to human rights abuses through their financing decisions. These include projects involving farmers being forced off their land (PDF), the destruction of sacred indigenous sites and violence against community members (PDF).

In June 2018, BankTrack and Oxfam Australia called on banks to ensure access to remedy (PDF) for victims of human rights abuses. The paper "shows that banks have barely begun to implement their responsibilities to develop grievance mechanisms under the UNGPs" and indicates that banks are not doing enough to ensure that stakeholders affected by bank-financed activities are obtaining proper remedy.

For companies working across geographies, including financing projects that affect local communities, it may be beneficial for companies to establish, through engagement with local stakeholders, a standard response for certain common grievances. Engaging with local stakeholders is key to ensuring that the response is acceptable within the local context and also to satisfy the criteria for effective remedy.

Effective remedy requires directly seeking the perspective of stakeholders who have been harmed.

The UNGPs have defined for business how they can manage human rights impacts and risks. Now, the responsibility is on companies to follow the Guiding Principles in order to do business in a way that respects the human rights of workers, customers and communities where they operate. Stakeholder engagement is key in all these aspects, but especially in cases of grievance, engaging stakeholders is necessary to ensure the people affected are granted access to remedy. 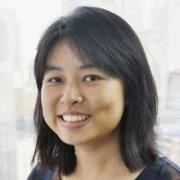 See all by Rosa Kusbiantoro