Human rights as a driver of climate action and sustainable development

On Dec. 10, the world celebrates the 70th anniversary of the Universal Declaration of Human Rights. The Universal Declaration was crafted at a time when the man-made horrors of World War II were still fresh in the minds of world leaders. Seventy years later, the rights set out in that document face a new man-made threat on a global scale: climate change.

This year alone, we have seen the catastrophic impact of climate change, a phenomenon where those who have contributed the least to it are also those most disproportionately suffering its harms. From wildfires in Greece and the United States, to floods in Japan and Nigeria, to a heat wave in Pakistan and mudslides in India, 2018 has been a year of devastating loss of life and displacement due to natural disasters either influenced by or exacerbated by global warming.

The rights set out in the Universal Declaration are simultaneously straightforward and expansive — encompassing, for instance, the right to life, the right to work and the right to an adequate standard of living, including food, clothing and housing. The declaration establishes the essential framework necessary for human dignity. Conversely, climate change threatens not just individual rights but the very foundations necessary for individuals and communities to survive and flourish.

Businesses around the world are rising to the challenge of building a low-carbon economy. Thousands have made commitments towards the Paris Climate Agreement, and hundreds have set science-based targets in line with that agreement. But we should not be putting out the fire while ignoring the people affected. As companies accelerate action on climate change, it remains vital that such action is founded on respect and support for human rights. 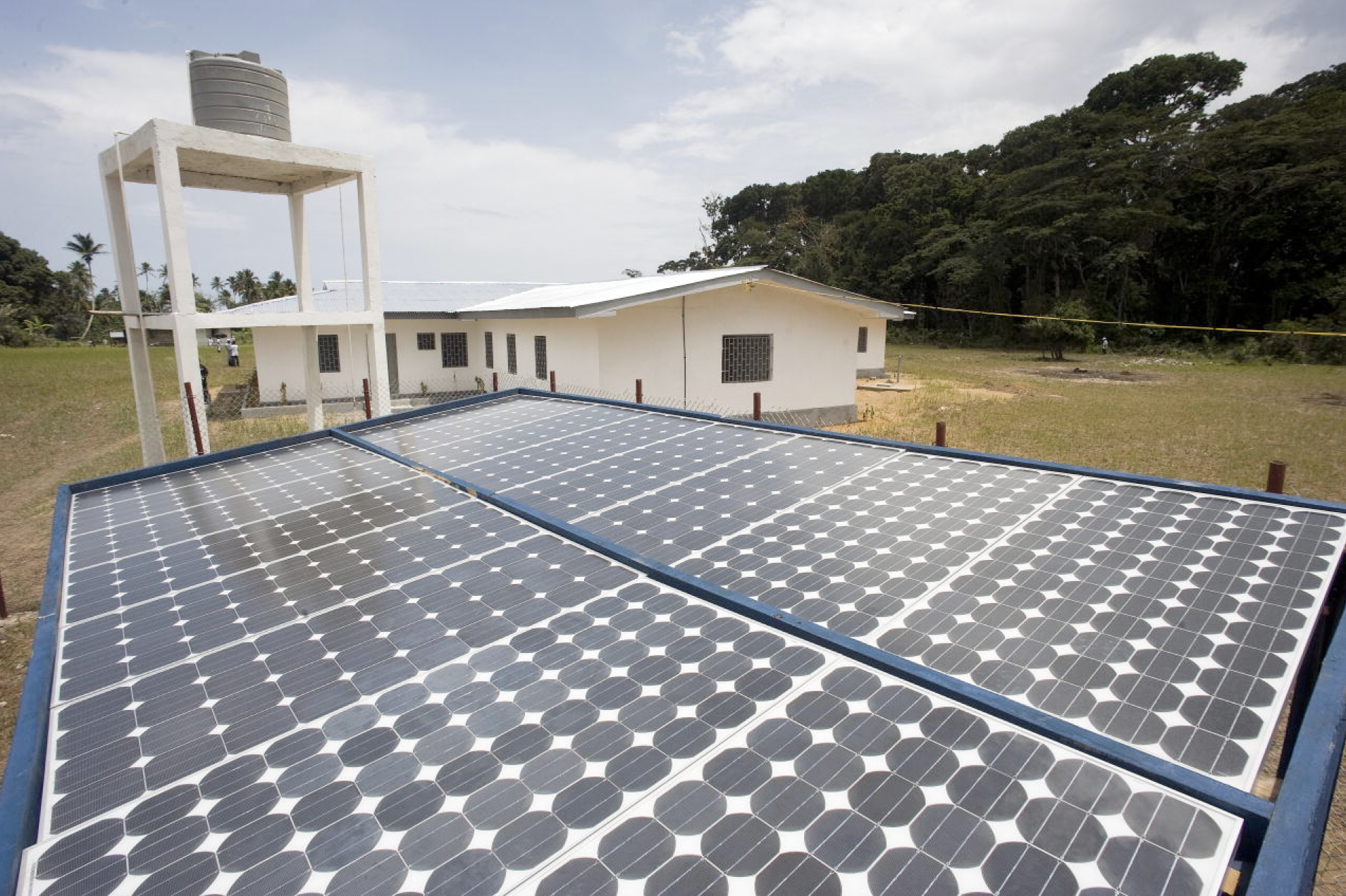 Climate change, together with the actions we take to combat it, is fundamentally transforming how we live and work. Even as green job opportunities continue to increase, other individuals and even whole communities are struggling with the fast pace of change. We are at risk of exacerbating poverty and inequality if we don’t seek to build a low-carbon future that works for all of us. On the other hand, this moment of enormous change also presents us with an opportunity to build a future that is good for the environment, the economy and society simultaneously — the world envisaged in the 2030 Agenda for Sustainable Development.

A distinctly human rights-based agenda, the 2030 Agenda and its 17 Sustainable Development Goals light the way forward to creating the world we all want. And while Goal 13 is specifically on climate action, the interconnectedness of these Global Goals underscores how a healthy planet also leads to thriving communities and an inclusive economy. However, the urgency of climate change, as evidenced by the latest IPCC report, among many others, has put Goal 13, together with the Paris Agreement, in the spotlight.

But respect for human rights does not mean slowing down our actions to combat climate change. If anything, it is essential that we move even faster toward a zero carbon economy: as the Office of the United Nations High Commissioner for Human Rights (OHCHR) has observed, "The negative impacts of climate change are disproportionately borne by persons and communities already in disadvantageous situations owing to geography, poverty, gender, age, disability, cultural or ethnic background, among others, that have historically contributed the least to greenhouse gas emissions." 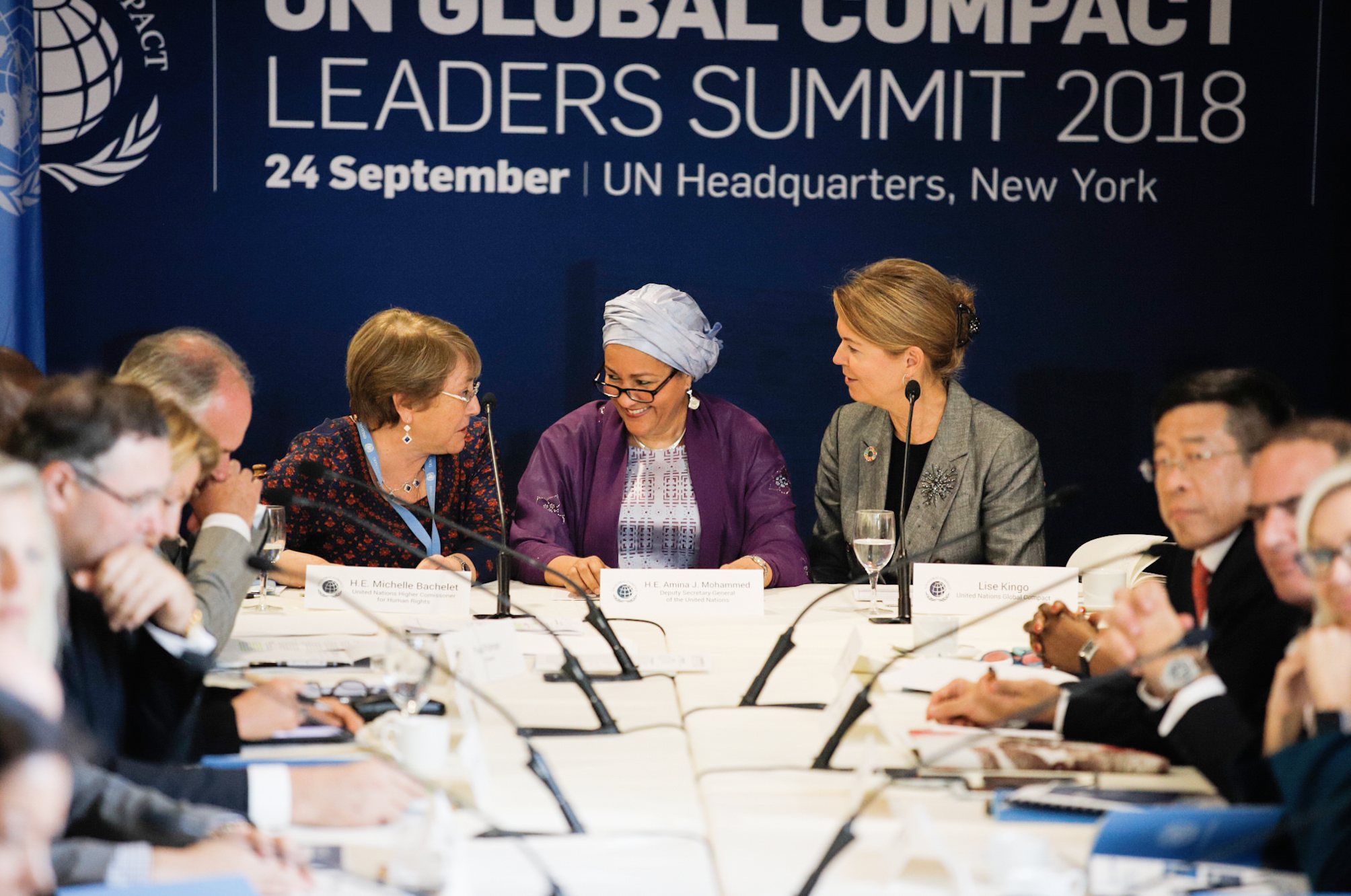 There are many examples of where the private sector is already taking inspiring action on climate change, but achieving a just climate transition also requires respect for the rights of people, such as communities facing energy insecurity and local communities displaced by renewable energy projects. Actively integrating these types of interconnected considerations into corporate decision-making and strategy will be foundational to the long-term health of this planet — ultimately good for both society and business.

Helping business translate human rights from policy to practice has been central to the work of the United Nations Global Compact since its creation in 2000. And in 2018, Global Compact Local Networks further have advocated for business leaders to stand up for human rights through promoting uptake of the U.N. Guiding Principles on Business and Human Rights and convening human rights-focused CEO round tables around the world — from Argentina and Turkey, to Poland and the United States.

In 2019, U.N. Secretary-General António Guterres will convene a climate summit to raise the ambition on combatting climate change from all sectors of society. On this journey, the U.N. Global Compact remains committed to working with businesses everywhere to take a principles-based approach to climate action.

The challenge for business is to create the momentum to put universal human rights principles at the center of their climate action strategies. Seventy years ago, the Universal Declaration set out an ambitious vision for the future. Today, the Sustainable Development Goals seek to make that vision a reality. It is time for all stakeholders to carry the torch forward and contribute to the realization of that vision — for people and for planet.

It’s time to rethink human rights in the boardroom

3 simple climate questions for your board going into 2022

What it really means to integrate ESG across the business

In need of a new renaissance

Leading in a fundamentally changing world

See all by Lise Kingo