The human side of the auto tech disruption

It's easy to marvel at how swiftly technology is changing transportation (guilty). Self-driving robotaxis! Shared scooters! Battery-powered semi-trucks! It's much more difficult to take a pause and consider the nuanced and deep effects that these transformations will have on the workers affected by these industries.

I was struck by the painful and personal stories that the New York Times highlighted in a magazine piece this weekend on what life is like for factory workers of a recently shut-down GM plant in Lordstown, Ohio. "What happens to a factory town when the factory shuts down?" asks the piece.

Indeed, the results are pernicious. The displacement of workers, the loss of manufacturing jobs and the decline of small factory towns across America must all be part of the conversation when we talk about how the automotive industry is evolving in the face of changing technology.

Similarly, the exuberant global rise of Uber's ride-hailing app and the coming Uber-millionaires (JFC) requires a discussion of the realities of the "gig economy's" actual effects on drivers' lives. I loved this piece in the New York Times' opinion pages out this weekend from columnist Farhad Manjoo on how the Uber IPO (coming Thursday) is a "moral stain on Silicon Valley." Uber's drivers, who are classified as contract workers, make about $10 an hour, and Uber's best bet for profitability rests on eliminating them entirely and moving to self-driving vehicles. 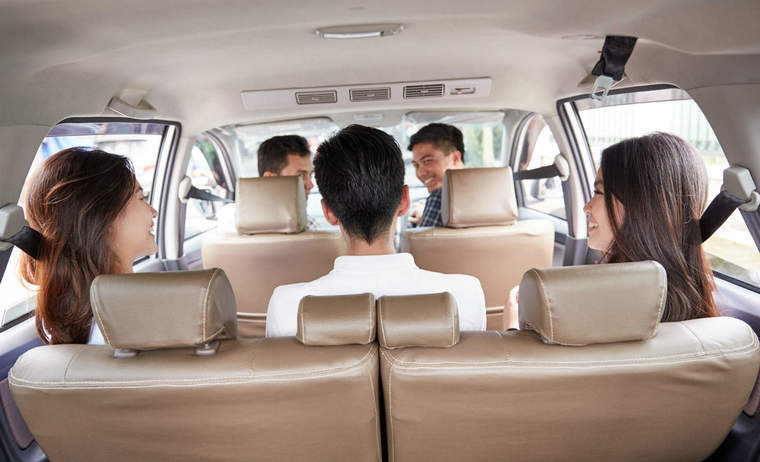 Look how happy everyone is in this Uber!

At the same time, the tech transformation of transportation is leading to new jobs and new sectors. Daimler Trucks North America — the behemoth truck maker behind the Freightliner truck brand — said recently it plans to convert a factory in Portland, Oregon to make a new line of electric semi-trucks. The company's CEO declared recently that battery-powered vehicles are its "future."

Nontraditional transportation companies are moving even more quickly. Waymo, Alphabet's self-driving car unit, plans to open up a factory in Detroit to make its autonomous vehicles there. Startup Nikola Motors is building a factory near Phoenix, Arizona, that will develop its hydrogen-powered trucks. Tesla Motors has developed into one of the largest manufacturing employers (40,000-plus) in California.

What's happening to the auto industry isn't entirely unique. All industries are being transformed by computing technology, and most are reallocating where they invest in order to survive. But auto is undergoing the transformation triple-whammy where computers will eventually mostly drive vehicles, batteries will largely move vehicles, and cell phone apps will enable vehicle access-over-ownership. As a result, glacial hundred-year-old auto brands could decay, while newly-emerged software-powered unicorns or gorilla tech companies (such as Alphabet) could come to dominate the transportation future.

As the transportation world changes, American society needs far better ways to help displaced workers adjust, develop new skills or change industries. The wind and solar industries have had some success in retraining fossil fuel-based energy workers into new cleaner careers, and transportation needs similar wins and creative thinking. At the end of the day, it also needs something else that is often in short supply in the tech world: empathy.