When alternative energy first became a hot topic of debate, hydrogen fuel cells always were part of the discussion.

For some experts, hydrogen fuel was among the most promising energy sources for achieving zero greenhouse gas (GHG) emissions — especially for transportation — and an appreciable number of futurists predicted hydrogen fuel cell cars would populate the roads before long.

But the future didn’t happen. The technology lost favor among those willing to invest in deploying alternative fuel technologies, after some early adoption bumps in the road. Fuel cells were too large and some people feared hydrogen — even though it is the most common element in our universe.

The obstacles of a decade ago — the large size format and weight of fuel cells and fear of hydrogen — largely have been overcome by innovations in size and safety. And in Hawaii — which faces a deadline to transition to 100 percent renewable energy by 2045 — hydrogen fuel is seen as one of the most promising technologies to reach that destination.

"We are naturally positioned to exploit hydrogen as an energy source," said Stan Osserman, director of the Hawaii Center for Advanced Transportation Technologies, who is on a mission to deploy hydrogen in Hawaii.

Osserman is not just a proponent of hydrogen. By state law passed two years ago, he officially was designated "State Hydrogen Implementation Coordinator." His background makes him well qualified for this position. As a former U.S. general, he managed a $22 million portfolio of renewable energy and alternative fuel transportation projects for the U.S. Air Force Research Lab in Hawaii, so he has plenty of experience to figure out the science and economics and help Hawaii realize its goals.

"Hydrogen is very lightweight energy, and it can be stored in large capacities for days, months or years and it is still there," he said. "The transportability of it is important for transportation and the cost of storage is its advantage for the grid."

On Hawaii’s electric system, hydrogen fuel cells already are being deployed to store excess energy on solar and wind generation systems. Photovoltaic solar panels on a sunny day in Hawaii collect more energy than can be used in real time. So it makes sense to store the excess capacity for use at night. 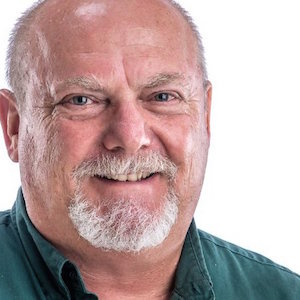 Hydrogen fuel cells hold many times the storage capacity than lithium-based batteries, Osserman noted, and they are light. Those two qualities make hydrogen an attractive alternative.

"The last push on hydrogen technology was 10 or 12 years ago and a lot of patents [taken out then] are now up, so other companies can pick up on those technologies and make them more affordable in applications," he told GreenBiz. "Those efforts are really paying off in the last five or 10 years. Hydrogen is becoming a viable storage vehicle for grid and for transportation."

The challenge for hydrogen fuel cells, Osserman and others argue, is not the limitations of the technology but the lack of infrastructure supporting it. In the United States, for example, the Hyundai Tuscon is only sold in California because that is the only state with a network of hydrogen fueling stations.

So if you buy a hydrogen fuel cell car in California, you may be happy driving around the state, but when you cross into Nevada you can be out of luck. At least today.

Range isn't a problem in Hawaii

As an island state, people don't drive to other states from Hawaii. The 260-mile to 300-mile range a driver can get from a fuel cell vehicle is enough to drive around one of the state's islands and make it back to a fueling station. Three are in place and six more stations are planned. Short driving destinations in Hawaii is one reason the state is so well positioned for hydrogen fuel cells, Osserman said. Fueling stations are less of an issue.

The Hawaii Department of Transportation is deploying a fleet of hydrogen buses at its airports. Other state-backed hydrogen projects are under discussion and include grid storage.

And the test is likely to inform decisions and political will in Hawaii.

The U.S. Department of Energy reports that Hawaii is the state most actively deploying hydrogen fuel cell technology as an energy source. It has good reason to move aggressively. Its state legislature passed a law two years ago requiring Hawaii to be 100 percent renewably powered by 2045.

"Most EVs can drive here without range anxiety but if we don’t get more charging stations or more people going solar on homes to power their cars, we'll still be using fossil fuels" by 2045, Osserman said. So hydrogen could be an answer to that anxiety.

Challenges remain for any kind of zero emissions cars and any transformation of grid systems, of course. Along with the political will, the state needs consumer enthusiasm for installing solar or wind energy systems on homes and buying electric or hydrogen fuel cell cars. Consumer willingness is not a foregone conclusion.

Even in Hawaii — and more so elsewhere — there's the catch 22: Consumers are waiting until hydrogen fueling or battery charging stations are plentiful before purchasing hydrogen fuel or electric cars. And manufacturers are waiting for market proof before installing more than just a few stations.

But from Osserman's perspective, that's all going to change soon and Hawaii will zoom toward its goal in hydrogen fuel cell and electric vehicles, as well as solar and wind electric systems aided by hydrogen fuel storage.