In the increasingly urgent race to decarbonize the global economy before atmospheric greenhouse gas concentrations reach truly devastating levels, conventional wisdom says we should electrify everything and obtain that electricity from non-emitting sources.

However, some industries present structural barriers to this approach. A recent article in The Chemical Engineer elaborates:

Extending the current decarbonization approach of electrification across all energy sectors would be, at a minimum, myopic and certainly unfeasible. Although wind and solar power have been transformative to date in decarbonizing electricity, extending that logic to the other energy vectors of gas and oil (heating and transport) does not stack up when taking a system approach.

A comprehensive analysis by the Energy Transitions Commission (ETC) classifies heavy industry and heavy-duty transport as harder-to-abate sectors, saying they constitute the biggest challenge in constraining global average temperature increase to levels set out in the Paris Agreement. These sectors account for 30 percent of total annual greenhouse gas emissions, a share that is likely to grow as other sectors of the economy decarbonize.

The ETC, created to help accelerate the transition toward clean energy, posits that hydrogen could play a major role in addressing this challenge by serving as an alternative heat source or — in the case of steel and chemicals production — a reduction agent.

A growing cohort of startups and established companies is working to advance hydrogen-based technologies and processes — and some estimates value the related "economy" at more than $100 billion. However, as with most things, the devil is in the technological details, and different hydrogen technologies have significantly different carbon footprints.

The trouble with industry and heavy-duty transport

A 2018 McKinsey report found that half of heavy industry’s carbon dioxide emissions come from four commodities’ manufacture: ammonia; cement; ethylene; and steel. Abatement is difficult in part because so much of industry emissions come from high-temperature process heat, and "electrification of heat production in industry is only economical when electricity costs the same, per unit of energy, as the conventional fossil fuel alternative." Similarly, heavy-duty transport requires significant, mobile energy inputs to slog large payloads over long distances.

Echoing McKinsey, the World Energy Council emphasized (PDF) the need "for a carbon-neutral energy carrier to fully decarbonize industrial production," calling hydrogen "simply one of the very few substances that can be used for this purpose." In the case of transportation, the ETC sees hydrogen as an important form of energy storage for electric drivetrains in heavy-duty trucks. 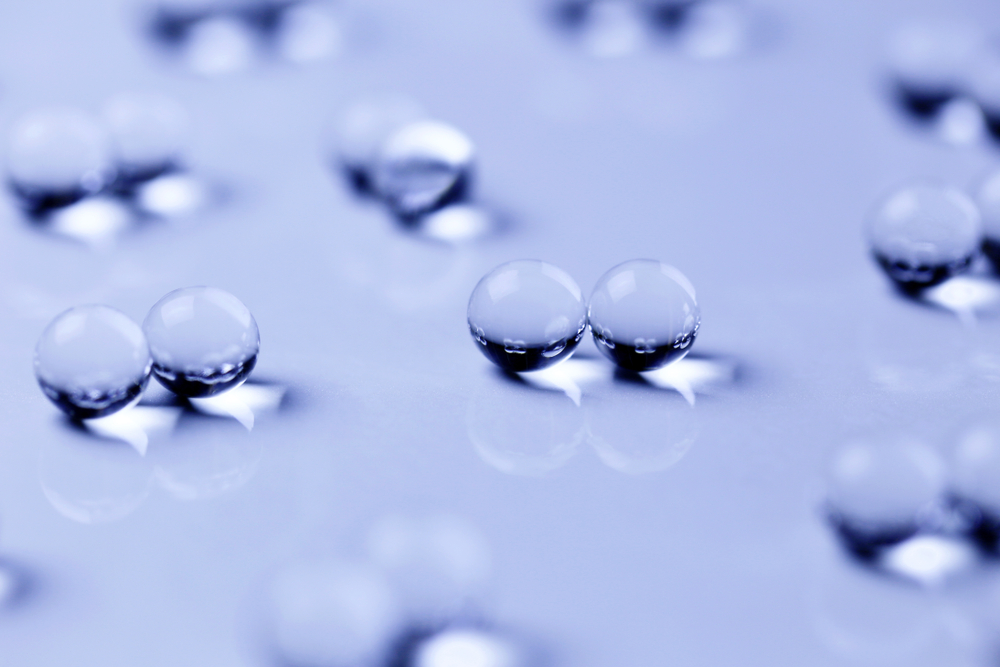 One rub in looking to hydrogen as a decarbonization option is that around 95 percent of the world’s hydrogen production is achieved through steam methane reforming (SMR), a process that blasts natural gas with high-temperature, high-pressure steam. Given its use of hydrocarbon inputs and its concurrent carbon dioxide emissions, SMR doesn’t help much with decarbonization.

An alternative process, electrolysis, takes the world’s most abundant chemical, water, and splits its H2 apart from its O. If electrolysis is powered by electricity derived from non-emitting energy sources, then we have a hydrogen production process that supports decarbonization.

Of the two primary electrolysis technologies, alkaline electrolysis is mature and less expensive, having been in use since the 1920s for large-scale, centralized hydrogen production. Proton exchange membrane (PEM) electrolysis, on the other hand, is a newer, more efficient technology with a smaller footprint, better suited for flexible, decentralized operations.

It’s a tall order no matter what the technology.

Water molecules are strongly bonded, and it takes quite a bit of energy to bust apart the hydrogen-oxygen coupling. Once separated, the hydrogen needs storing, either compressed into gas or bonded to another molecule to form a liquid.

Furthermore, hydrogen requires a safe distribution infrastructure, and once at its destination, must be converted back to energy either by combustion or incorporation into a fuel cell. Even if the whole process produces zero emissions, the amount of energy that goes into the hydrogen value chain historically has exceeded its ultimate output.

It seems as though hydrogen has been on the cusp of emerging as a major force in the energy space for decades, and has never quite lived up to the hype. That may well be about to change, as experts observe a global resurgence of hydrogen-based activity.

The task is now to move forward with multilateral international cooperation and work together with governments and stakeholders across the entire value chain to align on priorities.

Pierre-Etienne Franc, secretary of the trade group Hydrogen Council, predicts "2020 to 2030 will be for hydrogen what the 1990s were for solar and wind." This year has seen plenty of movement in the space so far. Here are a few key developments:

Large-scale hydrogen adoption still has a long way to go and will require cooperation across the value chain from a variety of players, as Benoît Potier, co-chair of the Hydrogen Council and chairman and CEO of Air Liquide, explains:

With upstream hydrogen production now at a mature stage, industry and transport are ready to scale deployment. The task is now to move forward with multilateral international cooperation and work together with governments and stakeholders across the entire value chain to align on priorities. In particular, the focus will be on how to set appropriate regulations and standards, as well as identify the needed investment vehicles to push deployment forward.

Toward that latter end, Hyundai and the Beijing-Tsinghua Industrial R&D Institute established their Hydrogen Energy Fund late in 2018 to foster the growth of startups with innovative hydrogen technologies. The fund aims to raise $100 million from venture capital firms in China, Europe and the United States.

With both seasoned and startup players putting more skin in the game, hydrogen’s moment finally may have arrived.