On Tuesday Korean carmaker Hyundai stated, again, that improving fuel efficiency is a key objective driving its business. The company announced that at the end of each month it will publically release the fleet average fuel economy for the vehicles sold that month. From the initial announcement, the trend looks good: Hyundai is cutting fuel consumption and saving their customers money at the pump.

According to a Bloomberg news story, Hyundai claims a January average of 34.7 miles per gallon (mpg), which is up from 31.7 mpg average for their 2009 model year. The January level also beats the corporate average fuel economy (CAFE) standard of 34.1 mpg set to be achieved across all U.S. car and light truck sales in the 2016 model year, five years from now. Hyundai doesn't plan to stop there, of course. Last year, the company announced intentions to reach 50 mpg by 2025.

New vehicles in the Hyundai lineup will certainly give their fuel economy numbers a boost. The 2011 Hyundai Sonata (which the New York Times called 'undeniably excellent') uses a four-cylinder engine that can be boosted with turbocharger or mated with a hybrid system that expects to deliver 37 mpg in the city and 39 mpg on the highway.

The green car race is starting to get red hot. As my colleague Roland Hwang blogged yesterday, rival Toyota is feeling the heat, saying they can reach a 62 mpg target for their fleet. Other automakers are also hoping to do well in the race. New offerings are making fuel efficient vehicles easier to get as hybrid cars go mainstream and a growing number of plug-in electric cars are on the horizon.

Hyundai obviously thinks leading in efficiency is good for business. Their monthly focus on fleetwide efficiency improvements also shows that they want to do more than just market a 'green halo' car; they want to serve a broad market with cars that save all consumers money at the pump. Sounds like a good strategy. 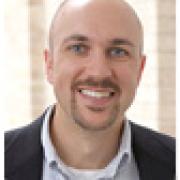 See all by Luke Tonachel