This article was originally published in the Spring 2015 issue of Trim Tab, the International Living Future Institute's magazine for transformational people and design.

As well-intentioned and noble as the environmental movement has become, we’ve been notoriously poor at attracting and including diversity into our midst.

As someone who has spoken at hundreds of conferences over the past two decades, my own anecdotal evidence is seen in a sea of white faces staring back me. Even the concept of environmental justice is still a fairly new term, promoting the idea that environmental protections should extend to everyone and be accessible to all.

In 2008, Grist Magazine cited lack of diversity as the “environmental movement’s greatest challenge.” The numbers would agree. People of color in the United States amount to about one-third of the population, over 100 million people. By 2050, those numbers are projected to more than double.

So it seems that in fighting macro global issues, such as climate change, we overlooked the micro issue of diversity all around us. A global movement seeking the support of as many people as possible has somehow failed to attract a third of the population. 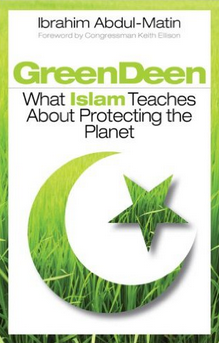 As Van Jones, former Special Advisor for Green Jobs under President Barack Obama, has remarked, “Any movement or cause that’s racially exclusive will have less power and less influence. … I think the cause of having a livable, survivable environment is weakened by the fact that we have these divisions.”

As advocates for the environmental movement, our work is far from over.

You can see this concept in action within nature. The ecosystems that are the most diverse are also the ones most likely to survive. If the underlying intent of the modern day environmental movement is truly to reconnect us with nature, then we must embrace our differences and encourage more people to join us.

At the Living Future unConference in April, Ibrahim Abdul-Matin brought the sold-out crowd to its feet with his inspiring talk that explored the nature of humanity on a very deep level. Abdul-Matin authored the book “Green Deen: What Islam Teaches About Protecting the Planet,” which ties his faith in Islam to environmentalism. In a time where the mere mention of the word “Muslim” can produce a reaction in people, his talk pushed everyone just past their comfort zone and challenged us all to do more and to do it better.

Abdul-Matin also works for the city of New York on environmental policy and helps make sure that New York City residents have a responsive government that helps bring water to their homes and takes their wastewater away.

I had the opportunity to chat with him in April at the Living Future unConference in Seattle.

Eric Corey Freed: Although you're discussing your message from the perspective of being a Muslim, it is very universal. Is this deliberate? How cognizant are you of the fact that you need to make the message acceptable and understandable by everyone?

Abdul-Matin: The funny thing in terms of faith groups is that most of the time, interfaith work is about the beginning. There is disagreement or discussion about the nature of the beginning of creation, which has been the consistent narrative amongst different faith groups when they engage. All faith groups, including people who don't believe in anything, are all having the same conversation about the end of everything.

We're all talking about how this world and way of life that we have created is going to unravel. Whether it is climate fear-mongers or doomsday preachers, we're actually all talking about the same thing. … We're still figuring it out and trying to understand it.

Abdul-Matin: The relationship that Muslims have to rethinking their relationship to the land is complicated. It's coupled with a colonial past that basically said you don't own the land that your ancestors are from. It's created a sort of poison relationship.

And now, we have a disconnected relationship as people who were taught how to make money using an extractive model from their colonizers have internalized what is a passé notion of the good life. Formerly colonized people are trying to chase after this so-called “good life” by burning coal and things of the like just to show that they can build as big as this and that. …

Part of the tension is from the West moving away from the notion that fossil fuels are the answer. … The opportunity is in the places that are the most war-torn, where there's the most resource extraction. This is where the opportunity is to create the new systems of the future and execute them there.

Freed: Your book is divided into four areas. The first three are water, waste and watts, which you call the three Ws. The fourth is food. The structures are interesting because they parallel the categories of the Living Building Challenge. At the same time, you also talk about the definition of “Deen,” that it's translated as a path or a lifestyle. In that sense, Islam is a Deen, Christianity is a Deen, Judaism is a Deen. Is being an environmentalist also a Deen? 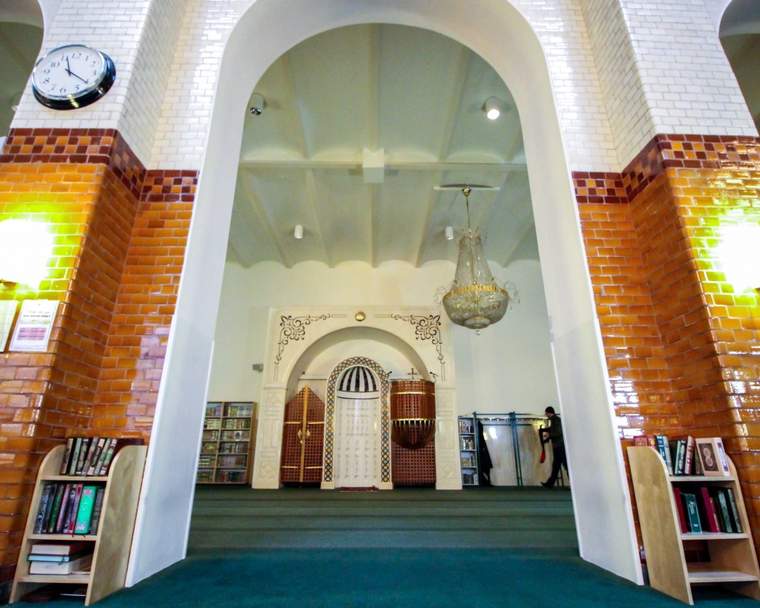 Abdul-Matin: It's a path, approach, ethic and way. That's the fundamental thing at the end — truly resilient communities have people who come from multiple ethical frameworks and are able to see that their ethical identity is as important or more important. This identity is basically their operating system. It is as important or more important than their ethnic or religious identity because, when it all breaks out, you'll be standing there with people from various religious and ethnic backgrounds, and you might have more in common with them because you're part of the same Community Supported Agriculture (CSA) group.

Freed: From an environmentalist perspective, you have a great lifestyle and a great path. We talked about CSA food and urban gardening and how that ties into resiliency. But at the same time, many Americans would question the convenience of having to walk to go get your food. Tell us about your lifestyle.

Abdul-Matin: The fundamental baseline of all of it is this idea, in a capitalist or even a socialist context, that we define value based on individuals being a unit of production or a unit of consumption. In both of those systems, the value of a human being is based on their relationship to consumption and production.

As someone involved in policy, I try to remember that underneath all the concrete is a layer of green. There are streams and springs hidden beneath the modern infrastructure.

Freed: In your book, you talk a lot about Islam and how it teaches us a very different perspective of what we know as ownership in the American sense. And then you talk about how every place in nature is an appropriate place to pray because the earth is sacred. Every place is a place for prayer. How has this belief shaped your policy work in New York City, one of the most bureaucratic cities in the country?

Abdul-Matin: Recognizing that New York City was originally the ocean, it was a natural breeding ground for tons of species. [The city] still reflects that, even in the human manifestation of it. Human beings have taken over, and they come there from all over the globe. …

New York City is a land of villages and small spaces that creates lots of points of human and natural interaction — as someone involved in policy, I try to remember that underneath all the concrete is a layer of green. There are streams and springs hidden beneath the modern infrastructure, and those things are still there, and the real challenge is to make policy that reflects a deep understanding of the place and the people.

Freed: Do you view New York City as a habitat?

Abdul-Matin: Of course. Sometimes we have a water main break, but then realize that was actually a spring. That pipe is there because it's channeling this spring or this stream. It was underground and we put all this stuff on top of it. Then it sometimes pops because it needs some air. We just have to figure out how to manage that.

Freed: During your talk at Living Future, you equated the green building movement to the City Beautiful movement. Then you called for a need for a people-city-beautiful-movement, to tell the story of people who struggle. It's what environmentalists have been trying unsuccessfully to do for decades.

Abdul-Matin: The root of it comes from this idea that I heard from some residents in New York that every neighborhood needs its cultural quarter. We think of a foodshed or watershed, but we don't think of a cultural shed or an artistic shed that reflects and relates to the city, place or village. We should embed artists in every entity, agency, organization and company to reflect what is happening. …

We have more stories than the often negative ones told in history. … For example, in Richmond, Virginia, they have statues of Robert E. Lee and that area is the most manicured and well-kept part of the town. There are statues of Confederate presidents.

The faith community has a lot of examples of blueprints for how to manage things and people, and how to deal with conflict.

Freed: History is written by the winners, right?

Abdul-Matin: Correct, and maybe the winners need to say, “It's time for us to help change that script.”

Freed: Now that you got to spend a little time with our weirdo group of activists and geniuses, what do you think? Did we scare you off? Did we get you excited?

Abdul-Matin: No, you didn’t scare me off. You definitely made me excited; I have so many new ideas. There's a building in Stockholm that was an old power facility that was built to be connected to Islam in some way shape or form. It was built a long time ago. They built it so that it faces the Kaaba, the direction of prayer. It's no longer used for its original use, and Muslims noticed the building when they started to immigrate there. They noticed that it faced the Kaaba, so they bought the building and turned it into the main Masjid in Stockholm.

That should be part of the conversation because then those people will respond immediately.

Freed: What is your message to faith leaders, not just in Islam, but everywhere, about how to connect with the green industry — how to take it away from being a political issue to being more about community?

Abdul-Matin: I think the faith community has a lot of examples of blueprints for how to manage things and people, and how to deal with conflict. There's a lot of value that faith communities have. The Torah has rules about how to organize the home. The Hadith in Islam has ideas about how to organize the marketplace. Those are very useful tools because they give a blueprint for how to engage with and how to deal with some of these longstanding issues.

It's time for the folks of faith to relook at their scripture and say, “OK. We've been doing it this way because our ancestors did it this way, but now, we're shifting.” Our ancestors were confronted with the same thing, and now it is our turn — what will we do with this opportunity?

I want us to always strive to do things better than they have ever been done before.

Surprising sustainability lessons from Africa and the Middle East