ICYMI: Onwards towards the clean economy at VERGE 19

Lessons from the past. Innovative solutions in the present. Big ideas for the future.

GreenBiz Group convened its annual VERGE 19 conference last week, exploring the intersection between tech and a clean, inclusive economy. As the consequences of climate change grow increasingly visible in and impactful on everyday life, the urgency of scaling solutions that fight it is unprecedented.

Whether you participated in the convergence in the audience, expo or online, here are some highlights from the platform for companies, cities and communities across the clean economy. 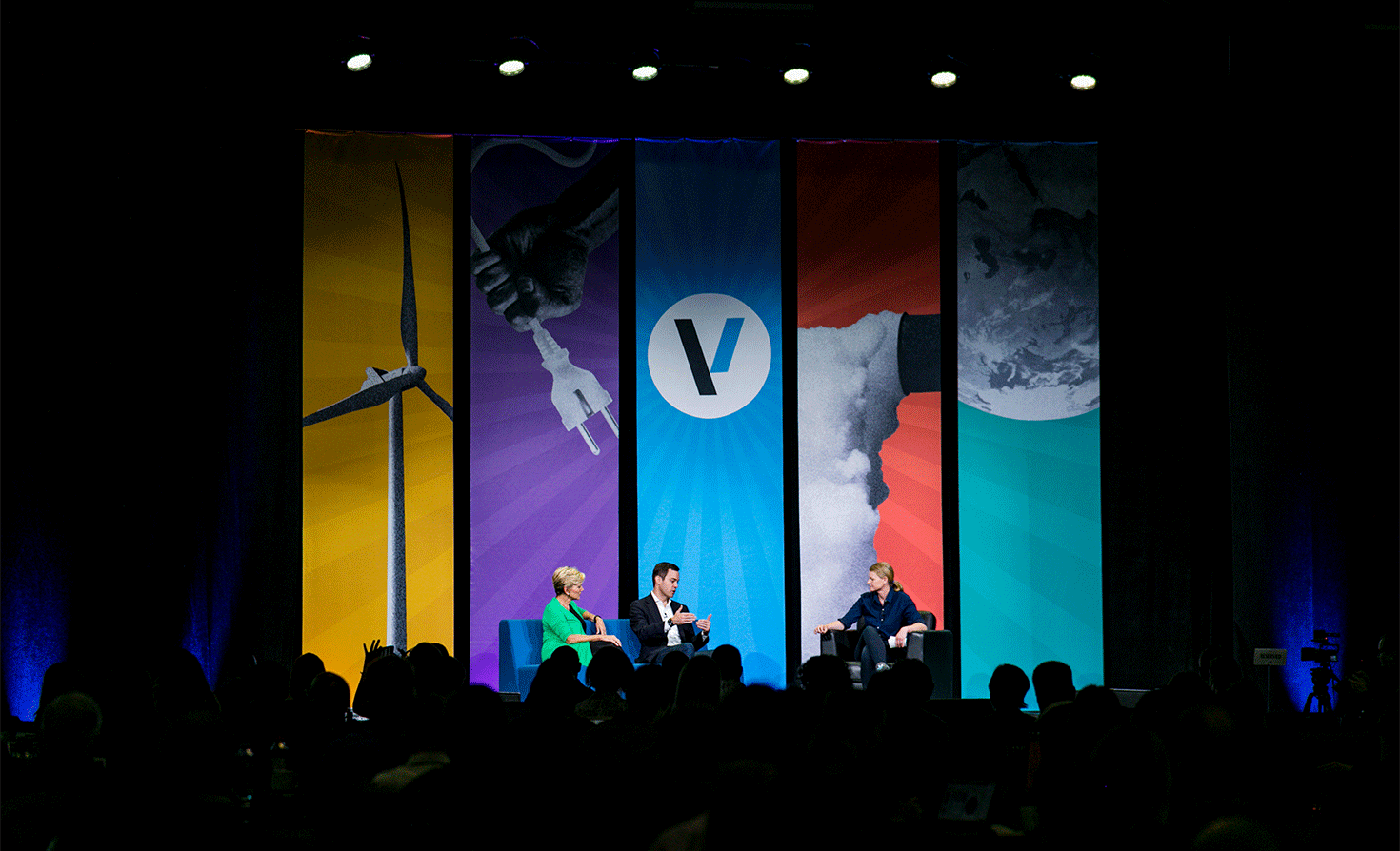 On the mainstage, GreenBiz's senior writer and transportation analyst Katie Fehrenbacher sat down with Jennifer Granholm, former governor of Michigan, who led the state through the auto industry crisis by focusing on clean energy jobs, along with Ryan Popple, the CEO of Proterra, a growing electric busmaker.

They discussed some key ways to increase clean jobs in the workforce. From on-the-job training to federal, state and local-level policies, corporate advocacy and diversity and inclusion efforts, leaders have the opportunity to ensure that transition to a clean economy is smooth.

Both also explored how the growth of electric vehicles amidst a changing job market — with traditional manufacturing facing outsourcing and automation — is actually creating a new job ecosystem. 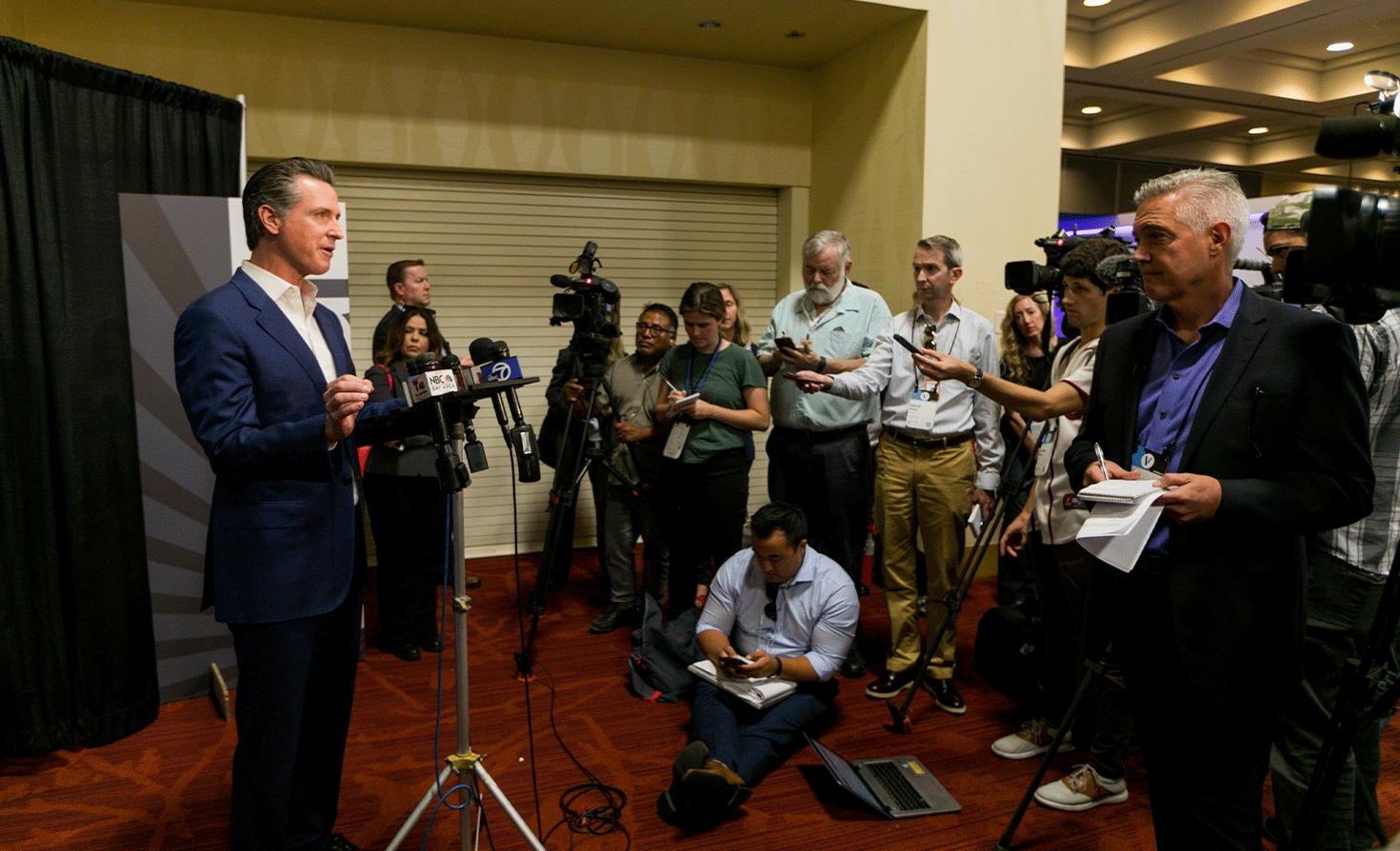 California Gov. Gavin Newsom came to the VERGE 19 to talk about the "climate-thinking" in his policy agenda (he's pictured here at a press conference with local media after his onstage discussion with GreenBiz's executive editor, Joel Makower). "But goals are just dreams with deadlines," he said. "We've got to translate those goals into investments and actions. I think that's the goal of this conference. I see housing as a climate issue. I see transportation as a climate issue. We've got to integrate our strategies in a must more comprehensive way."

Onstage and off, the climate impacts that California is already facing — from increasing wildfires to rising sea levels — were discussed at length throughout the three-day conference. 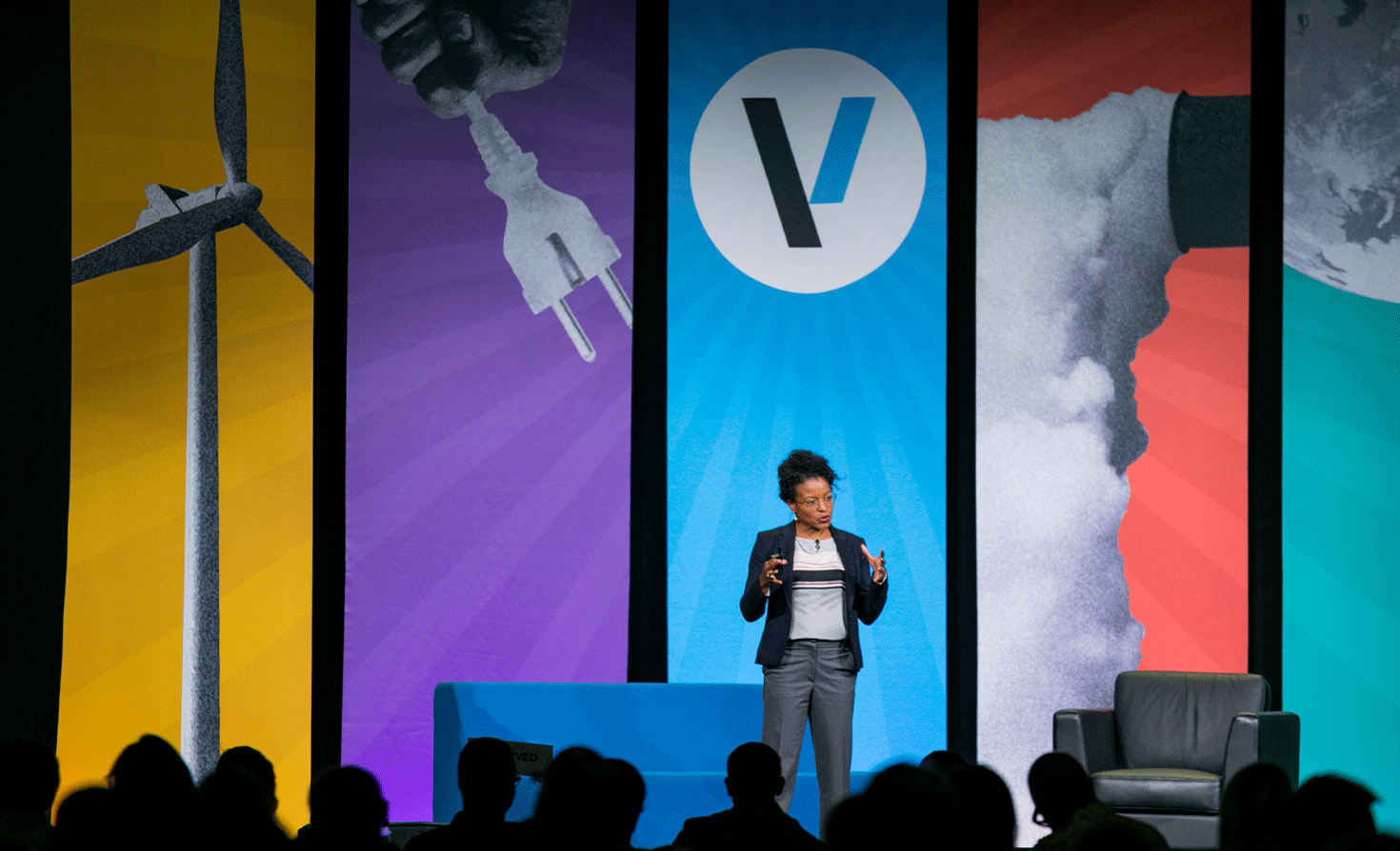 The CEO of Kiverdi, a biotech and carbon recycling company, and VERGE Vanguard of 2019, Lisa Dyson, gave a VERGE Talk on the possibilities of products made from captured atmospheric carbon dioxide, from food to fuel to fiber. A VERGE Talk is a deep exploration of a world-changing idea. Specifically, in Dyson's case, it started out of this world. "I want to talk about creating carbon cycles," Dyson said, pointing to the problem that NASA had to solve when it first began its space travel program: How can you create a carbon cycle in a closed-loop environment, where astronauts are carbon-based life forms that are emitting carbon dioxide? The answer: microbes, which convert carbon dioxide and create food that the astronauts then eat, and in turn absorb carbon and emit carbon dioxide, and so on and so forth.

Turns out, there are similar ways to do this on earth, too, with the sector that's creating major amounts of excess carbon dioxide: agriculture. Closing the loop on these processes while creating food offers the opportunity to feed the growing population and cut emissions in a way that is sustainable. Dyson is working with businesses to do just that. "Moving from land-based production to air-based production" offers a different model to change land-use patterns and reverse climate change, she noted. 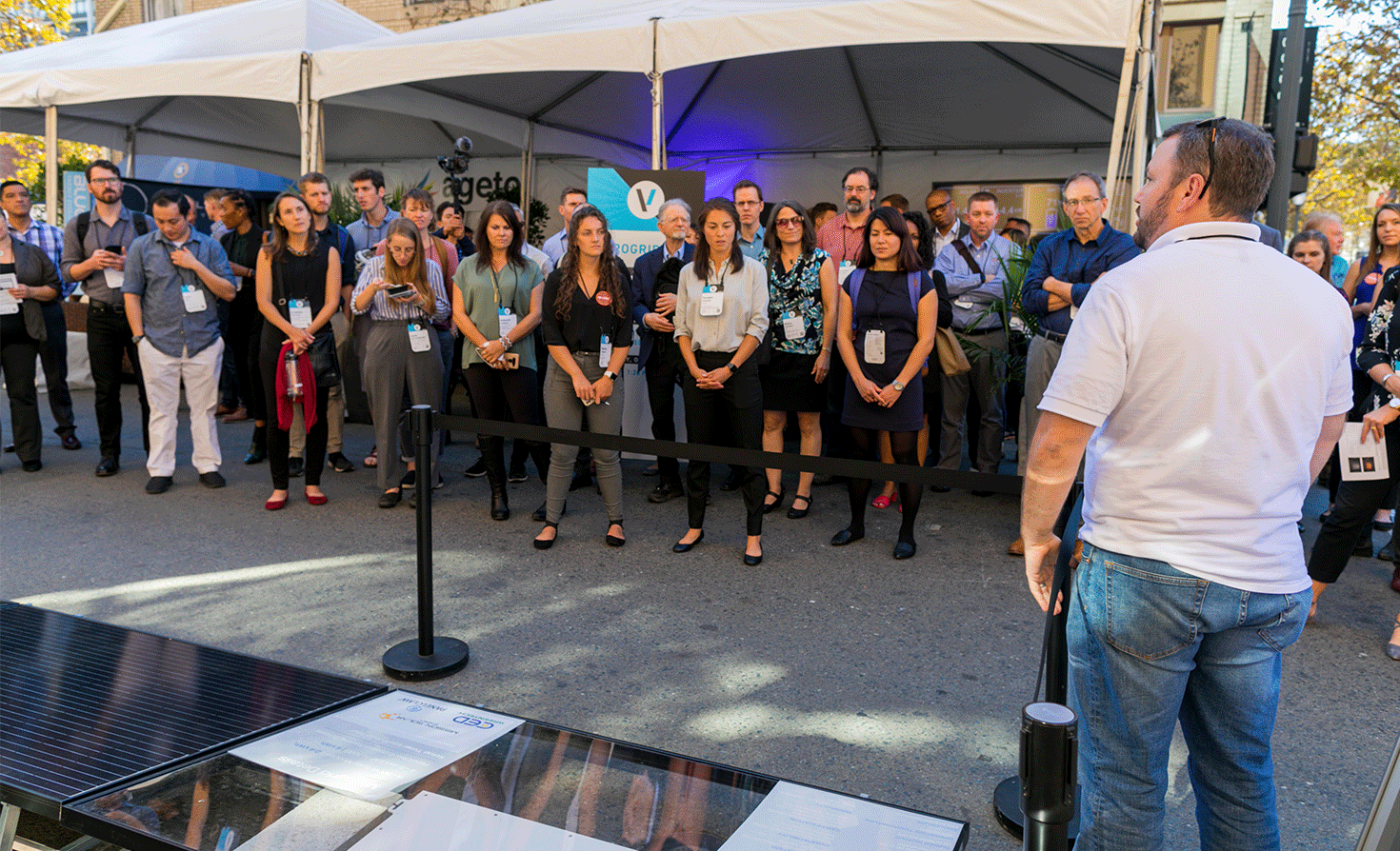 Conference attendees could take a tour of the solar-powered microgrid — an autonomous network of electricity sources independent from the centralized grid — that was powering the VERGE 19 mainstage. In the event of a power outage — such as the ones that have been rolling across the Bay Area, where the conference took place, as the main utility PG&E shut off electricity to mitigate the risk of sparking wildfires — a renewable microgrid would keep the lights on.

How it works: the Oakland Marriott and City Conference Center, where VERGE 19 took place, hosts the Golden State Warriors' practice space. On top of the space, a solar panel array sells the energy it generates back to the grid — usually. For the microgrid, that solar was detached from the main grid, and the energy runs through an Ageto microgrid controller, which dispatches the energy where you need it when you need it, while a Blue Planet energy battery stores it. The energy powered not only the mainstage but also electric vehicle charging for conference attendees. 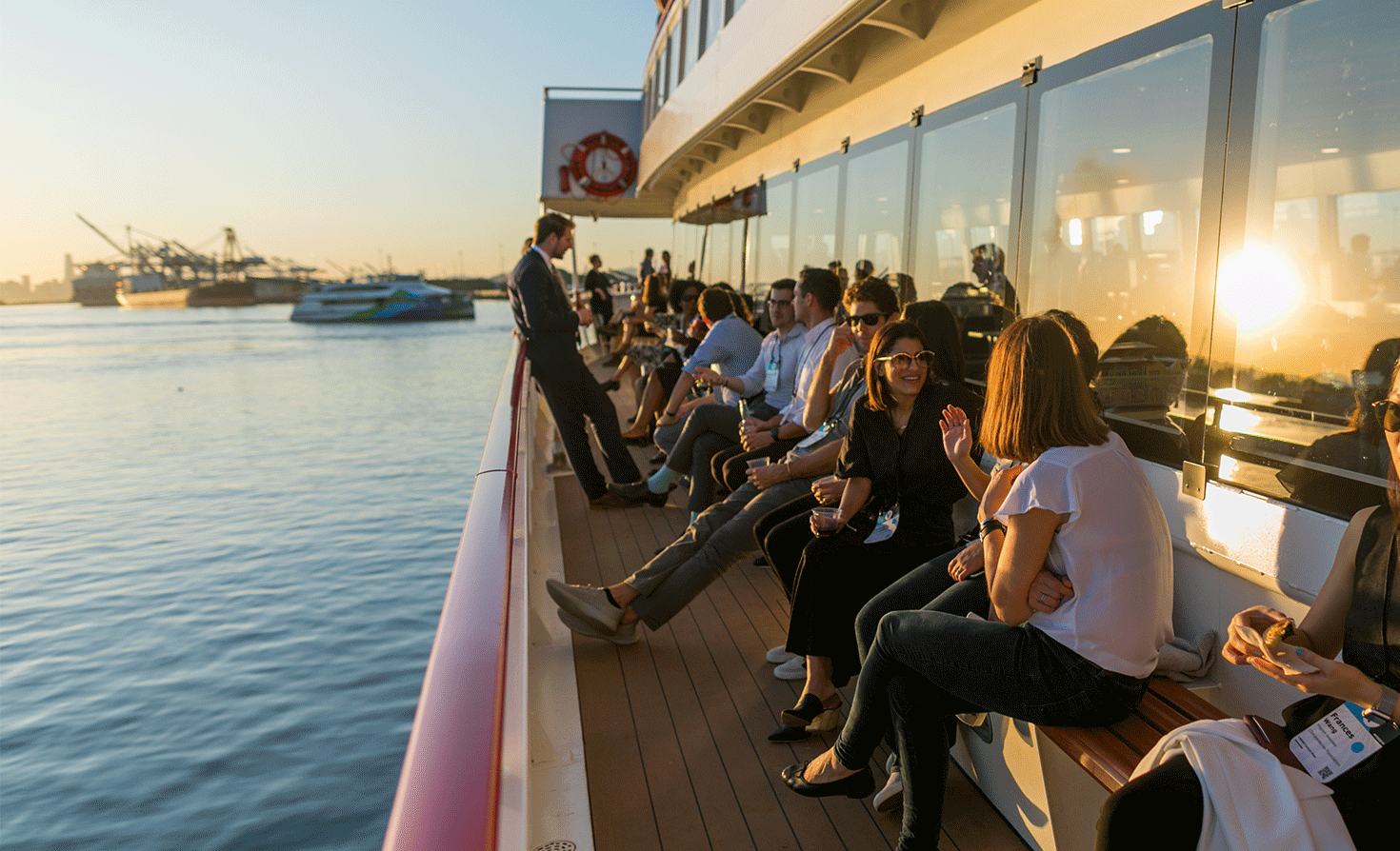 VERGE 19 was not all work, no play. Conference-goers had the opportunity to ride around the San Francisco Bay on an electric ferry. Enjoying an electric cruise around one of the largest ports in the country — where shipping fuel is burned and pollutes both the air and soil of the surrounding communities — gave conference-goers the opportunity to experience more of the landscape that Oakland has to offer. 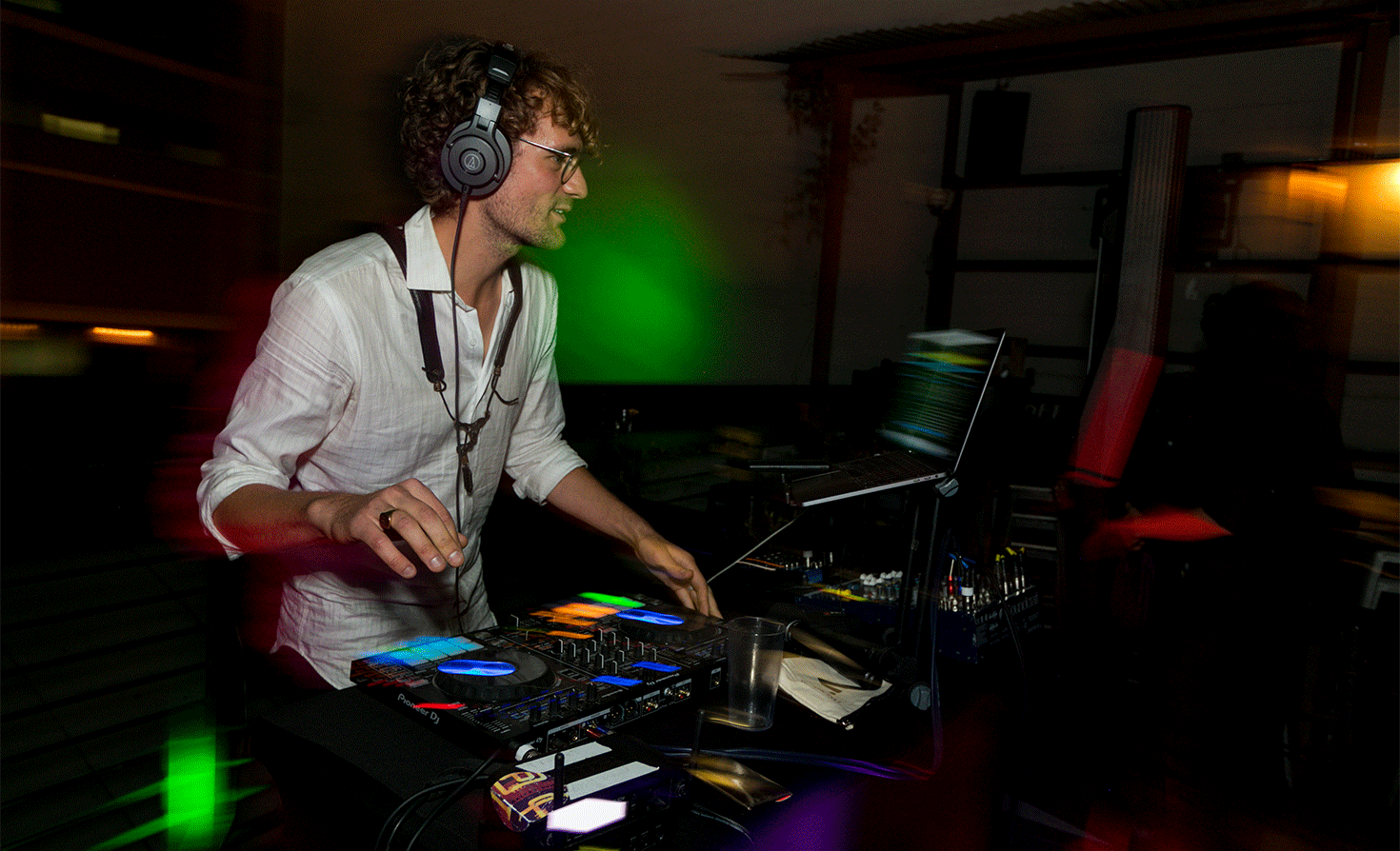 At the VERGE After Dark party on Wednesday night, attendees were able to meet, greet and eat outside of the conference center. It featured music spun by Chris Hoog, saxophonist from the band Afrocollective, who performed on the mainstage earlier that day with Bay-Area singer/songwriter Cassandra Lewis of The Foxxtones. 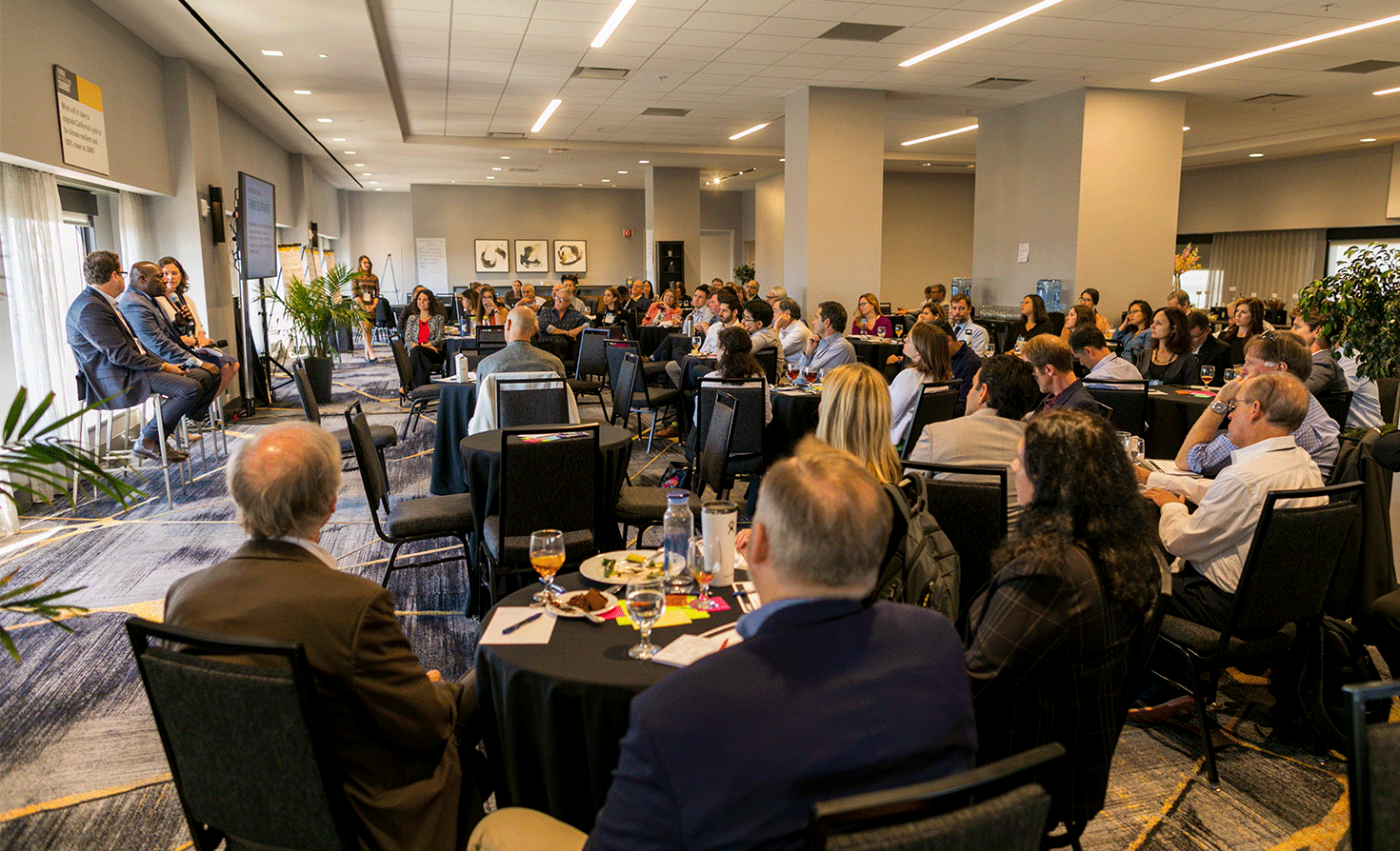 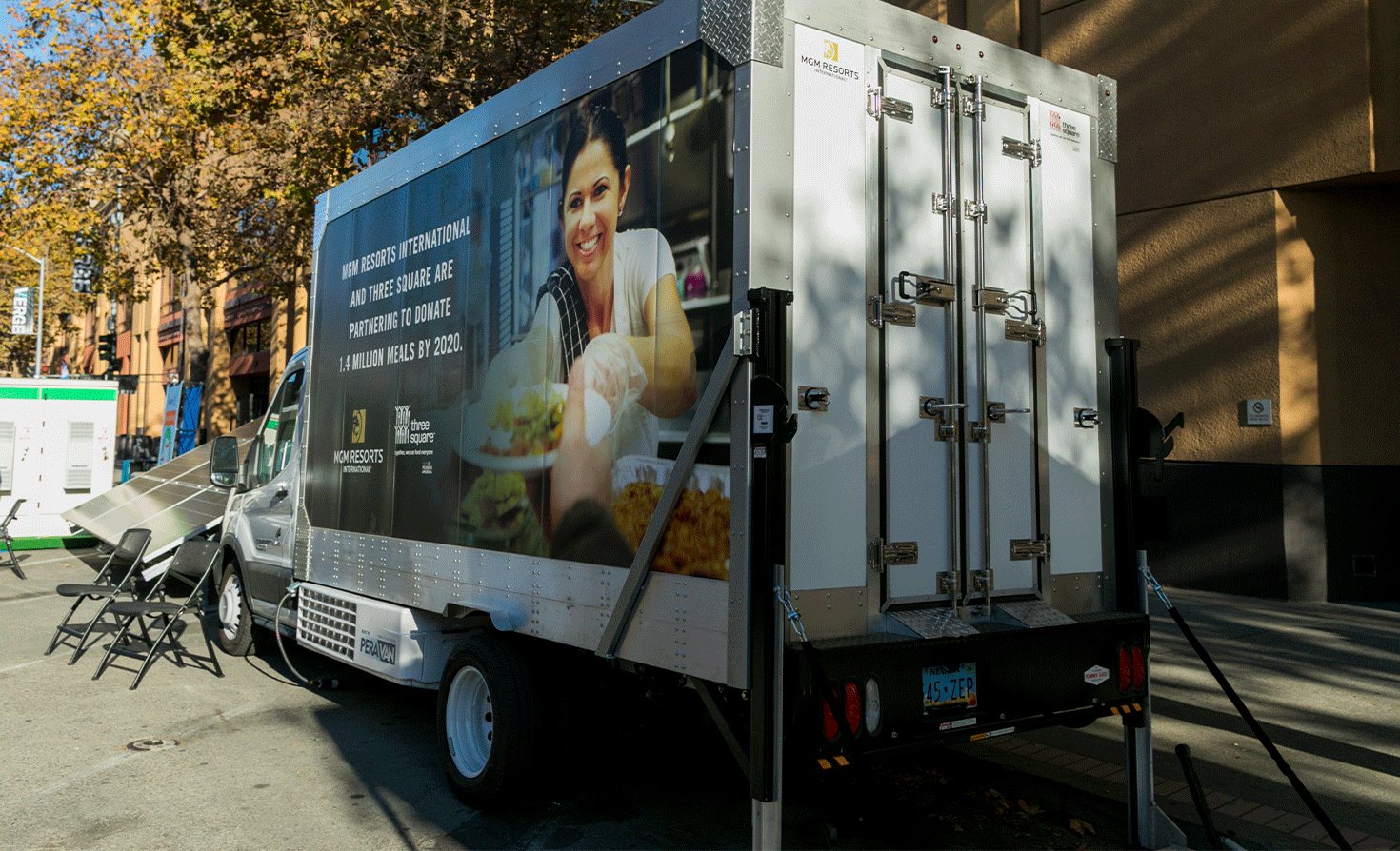 One critical way to fight food waste is to rescue excess — but still perfectly fine — food. Called "food re-use" in the pyramid of solutions to food waste, saving edible food for others involves a complex chain of logistics to find those who need it and keep the food safe. In order to make sure that food stays safe to get to those who need it, it has to be flash frozen — bringing its internal temperature down to between 3 and 5 degrees Celsius. But blast chillers are usually only found in commercial kitchens, so the time it takes to transport rescued food can spoil the food.

MGM International Resorts created a mobile version and brought it to VERGE 19 to enable the leftover food from the conference to be reused. VERGE is a zero-waste event, and the innovative technology helped meet that goal. 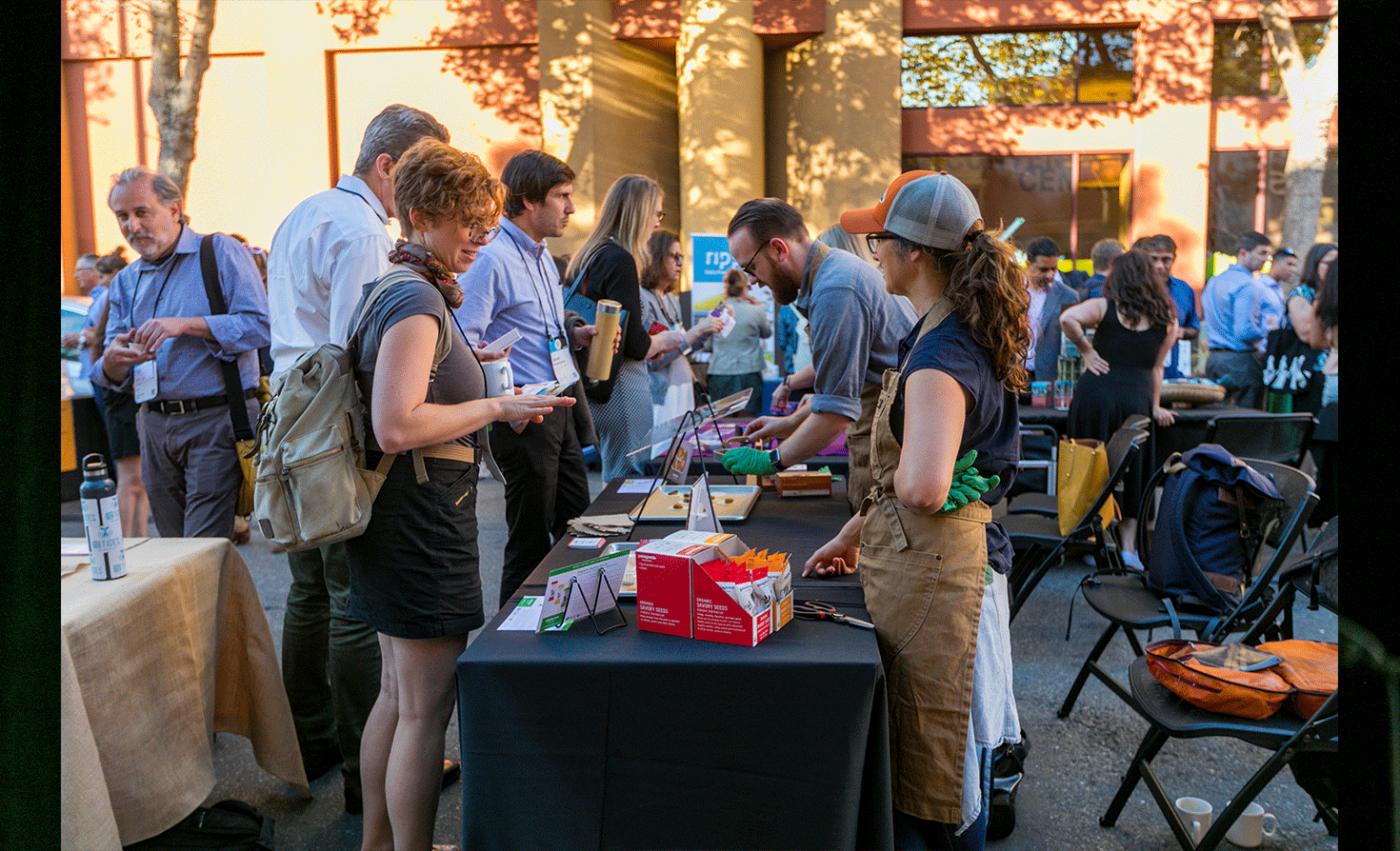 The Future of Food Showcase featured tastes of sustainability from around the food system (and around the world). Showcasing food companies big and small, Numi Organic Tea and Ripple to Patagonia Provisions and 12 Tides Seafood Co., offered treats ranging from noodles to kombucha to broccoli burgers that were everything from vegan to gluten-free to plant-based. Conference and expo attendees got a taste of the sustainable food system of the future.

What does it mean to hold businesses accountable for climate change?