An idea for accelerating the path to carbon-free transportation

As the United States recognized the 49th annual Earth Day this week, the nation’s attention has been focused on our planet’s rising temperatures and the tools and resources at our disposal to combat that reality. In that context, there continues to be plenty of emphasis on the growing population of battery electric vehicles (BEVs) on the road, as well as the growing number of vehicle manufacturers that have announced electric product plans over the past year.

All of this dialogue is well-deserved, as few would argue the long-term value of BEVs and their role in the future of transportation. But many are missing the reality that the widescale national adoption needed for these vehicles to make a global climate impact is still likely decades away. The likely adoption cycle is far longer than the timeframes of most carbon footprint mandates being proposed by both public municipalities and private companies around the country — mandates that have fleet managers in those organizations scrambling to make significant changes to their operations.

Does that mean those well-intentioned organizations are misguided in their efforts? Not at all. It just means that the road to zero-carbon fleets is not necessarily driven only by zero-emission vehicles.

BEVs for fleets: Opportunities and challenges

In 2018, the U.S. Environmental Protection Agency and other independent climate experts confirmed that transportation is the leading contributor (PDF) to greenhouse gas (GHG) emissions and that GHG emissions in the transportation sector increased more in absolute terms than any other sector between 1990 and 2016.

These studies (and many others) cite the adoption of BEVs as a significant step towards addressing transportation’s carbon problem. However, when it comes to the commercial fleet industry, widescale adoption of BEVs faces challenges due to a variety of limitations that curb their ability to effectively reduce a fleet’s overall emissions in the short term.

While some consider plug-in hybrids to be transitional technologies, they are actually better thought of as enabling technologies.

To further illustrate that point, a joint UPS-GreenBiz study in October ("Curve Ahead: The Future of Commercial Fleet Electrification" (PDF)) specifically examined those challenges from the perspective of fleet leaders. By studying the buying behaviors of large commercial and municipal fleets across the United States, the authors take a close look at both the motivations and concerns of today’s fleet managers on their adoption of BEVs.

According to the UPS-GreenBiz study, the driving factors behind fleet electrification goals include meeting sustainability goals (83 percent) and lowering total cost of ownership (64 percent). That’s not surprising — particularly when considering that rising fuel costs (estimated at 15 percent between 2017 and 2018) have been cited by fleet managers as the No. 1 source of higher operational costs — and gas prices have continued their steady rise well into this spring.

The short-term barriers of BEVs, however, are significant. Respondents cite initial purchase price (55 percent), a lack of EV charging infrastructure at facilities (44 percent) and a lack of product availability (35 percent) as the three top barriers to adopting BEVs in the short term. But another rapidly growing class of electrified vehicles is delivering proven sustainability value with far fewer barriers than their all-electric counterparts.

Hybrid and plug-in hybrid electric propulsion technologies are uniquely positioned to overcome the challenges outlined above, particularly for the millions of heavily polluting, class 2-6 commercial and municipal fleet vehicles in service today.

By providing a 25-50 percent fuel economy improvement without disrupting operations, hybrid (HEV) and plug-in hybrid (PHEV) electric vehicles represent an enormous opportunity to provide a strong financial return while putting us on a path to meet our longer-term carbon reduction goals.

HEVs and PHEVs can complement BEVs as part of a comprehensive fleet electrification solution that can be adopted immediately and deployed for decades.

In addition to their immediate viability as a means of improving fuel economy and reducing emissions, HEV and PHEV solutions also offer a number of long-term advantages that will help accelerate BEV adoption as those technologies (and their supporting infrastructure) continue to develop:

An April 10 Forbes piece by Daniel Sperling notes that while sales of BEVs from manufacturers other than Tesla have fallen back to 2015 levels, plug-in hybrids continue to show strong market growth.

Citing usage rates of consumers who own both types of vehicles, he suggests that while some consider plug-in hybrids to be transitional technologies, they are actually better thought of as enabling technologies, encouraging both consumers and fleets to move beyond internal combustion engines at a faster rate. After all, isn’t that the point of the technologies in the first place?

Simply put, HEVs and PHEVs can complement BEVs as part of a comprehensive fleet electrification solution that can be adopted immediately and deployed for decades. They are an accelerating technology designed to help put the transportation industry in position to immediately reduce emissions, provide a financial return and help save the planet. And during an Earth Day week that is taking on a more urgent tone than usual, they may be just what we need to start moving forward more quickly on our climate goals. 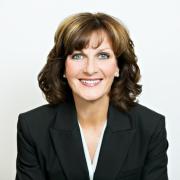 See all by Deb Frodl