Ideas for feeding the world without destroying it

There are many ingredients in the solution, ranging from plant-based diets to regenerative agriculture.

Good news: In spite of global population growth and rising incomes (and appetites), businesses have an appreciable role to play in helping feed the estimated 10 billion people who will inhabit the earth by 2050 without destroying the planet.

The plan for getting there is summed up in a new World Resources Institute (WRI) report, "Creating a Sustainable Food Future." Publication of the analysis coincided with an event last month at WRI’s headquarters in Washington, D.C., "How to feed the world without destroying it." As the future of food is one of my passion topics, I was pleased to attend.

The new report is the culmination of seven years of research and modeling, a major collaborative effort between WRI, The World Bank, U.N. Environment, the U.N. Development Program and the French agricultural research agencies CIRAD and INRA. The research is part of a growing policy focus on the future of food, which recognizes that we need to make some big changes to our food systems — changes that the corporate world must play a huge part in evangelizing and embracing.

"There are 30 odd planting seasons left between now and 2050," said Laura Tuck, vice president of sustainable development at The World Bank. In order to achieve a sustainable food future, "we need to turn up the public pressure to make it imperative for policymakers to make the right decisions," she said.

We need to turn up the public pressure to make it imperative for policymakers to make the right decisions.

The WRI report complements the policy recommendations from the Eat Lancet report released earlier this year, the World Economic Forum’s research on the future of food and many other academic and NGO analyses.

According to WRI, businesses and individuals can do five kinds of things to help feed the world sustainably, and the report makes detailed recommendations for each.

At the event, speakers from World Bank, WRI, Mars, White Castle, DSM and other companies shared their perspective about the research, its implications and actions beginning to take place.

"The average American’s diet produces about the same GHG emissions as the average American’s energy use," said Tim Searchinger, lead author of the report and Distinguished Researcher from Princeton University. Recognizing this, WRI has done a lot of work quantifying the climate impacts of diets and suggesting practical ways of shifting towards more fruits and vegetables through its report Shifting Diets.

Kim Bartley, chief marketing officer at White Castle, commented on why the restaurant chain began offering the Impossible Burgers on their menu. "I went vegan for a year and learned that quick food service offered nearly nothing to people who want to eat less meat," she said. As a result of her experience, White Castle added Impossible Burgers to the menu and has seen clients that had stopped eating burgers come back into its restaurants. Impossible Burgers were served for lunch at the event, which felt very à propos.

One big takeaway during the gathering was how many angles there are through which to address food and agriculture, ranging from diets to land use, addressing deforestation and adopting emissions-reducing technologies. Frances Seymore, Distinguished Senior Fellow with WRI, noted: "We’re still losing badly on deforestation."

It’s helpful to break down how we think of land into different groups: Land in our supply chain; land in other’s supply chains; and land that we don’t want to be in anyone’s supply chain.

Kevin Rabinovitch, global vice president of sustainability at Mars, represented the corporate perspective on land use, making a case for corporate and policy action. "It’s helpful to break down how we think of land into different groups," he said. "Land in our supply chain, land in other’s supply chains, and land that we don’t want to be in anyone’s supply chain."

Governments need to protect this last group, Rabinovitch emphasized. Mars has taken innovative strides toward this by setting science-based sustainability targets for Climate, Land and Water, developed in partnership with WRI. For example, it has set targets of ensuring that "agricultural land in the value chain does not exceed the land boundaries for each biome" and it has pledged to "achieve healthy soils in all supplying land."

The findings of the WRI report are meaningful because they are based on robust modeling done by a number of leading research organizations around the world. The research team, led by Tim Searchinger, included several additional researchers from WRI. Patrice Dumas of CIRAD, a French institute focused on agricultural research for development, served as lead modeler. The outcome of their work is the Global Agri-WRR model, which includes subcomponents such as a livestock model, land-use model, rice model, nitrogen emissions model and an aquaculture model.

Another key takeaway was that action is needed across numerous fronts from both public and private actors. The good news is that the issue of the future of food is gaining steam on a policy level, with increasingly robust research to focus attention.

What’s needed now is clear policy action, continued progress from a technical and scientific perspective, the adoption of strong policies by companies that rely on agricultural inputs and new products that can create market shifts among consumers. 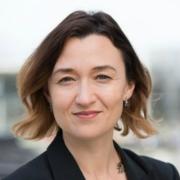 See all by Mia Overall