The Importance of Spring Cleaning Your IT Infrastructure

Since its inception, information technology has become one of the major factors for the success (or failure) of the business. Technology has changed the way companies do business. Without it, companies cannot stay competitive or be operationally efficient.

And the growth of cloud computing has only accelerated this shift. Many CIOs believe the cloud is IT's silver bullet, a heralded way to make the business green.

However, the reality is that the cloud is just a Band-Aid fix for a deeper, more internal issue that will still exist even if a migration to the cloud is initiated and implemented. The underlying thread, talked about only in hushed tones if it is ever discussed, is IT waste.

It's a tough prospect and an arduous task to even gather the information accurately so that it's effect can be seen as tangible evidence that actions need to be taken. Even when information is accumulated, the remediation steps are seldom identified.

As with any other area, waste accumulates over time within the IT infrastructure, and as companies throw ever more money at IT departments, it adds up to significant lost time, energy and yes, money. But IT waste remains a largely unaddressed issue because it is an arduous task to even gather the needed information, much less taking action.

But for any company considering moving company data or functions to the cloud, a good, old-fashioned spring cleaning must be the first step. And with green initiatives and incentives on the forefront of business consciousness, it's becoming mandatory.

To be a green company and not just a slightly greener company, attention must be focused on eliminating the massive amount of waste prevalent throughout the IT infrastructure.

There are three areas of focus for cleaning up the IT organization: Time, Money and Energy.

The appropriate amount of time to perform a task or complete a project is critical. When business objectives must be met in a short time frame and resources are tied down supporting current or emerging technology issues, timelines for projects and tasks can slip dramatically.

One huge time-sucker for IT organizations today is the inordinate amount of time spent on boring and repetitive tasks. In large organizations, hundreds or thousands of calls to the helpdesk are made just to request the same software over and over. This consumes IT administrative time and ultimately leads to user frustration because the software is never deployed on time. According to the HelpDesk Efficiency Report [PDF] my company published in 2010, software delivery using this principle can take days or sometimes weeks.

Users have become accustomed to how technologies like the iPhone App store work and frequently wonder why their own company's technology cannot work the same way.

When a business user keeps requesting the same type of software over and over, wouldn't it be much simpler if the end-user population could service themselves? What if they could utilize technology that allows them to "shop" for company-licensed software using an internal service, much like the iPhone App store, and have the software installed automatically?

To free up time for the business, identify and automate those operations that are critical to the business function. Locating repetitive and complex tasks and organizing and automating them up front reduces time and costs, but also reduces the error rates associated with running them.

Windows 7 migrations continue to be a hot-button project for most organizations and should be considered as another task that can be automated. The same technology utilized to automate software installations can be used to migrate the business user to the latest Microsoft operating system, and on their time frame. Giving control back to the user allows them to update the computer when it's most business-appropriate, minimizing downtime and keeping the user productive.

The cost of purchasing, implementing and managing technology has long been a pain point for most organizations. And there are no shortcuts to this process.

However, when new business objectives reach the IT organization, the thought process has been to just throw money, in the form of new technology, at it until the objective has been reached. If the initial investment didn't solve the problem, IT will keep spending money. If you consider this, even a little, you can see that the IT "habit" can generate an enormous amount of waste in unused software and hardware.

Now, as time continues and this model is sustained, you may be able to envision an entire room full of servers, PCs and software, not unlike hoarding, where you have to clear small pathways just to get around. So, while a company may be "rich" in technology, idle and misused hardware and software is sitting around wasting the company money.

Instead of utilizing the technology already at hand to its most efficient usage, IT accumulates costs and waste. The legacy is that 70 percent of all IT expenditure is on maintaining existing systems rather than investing in new technology. In most instances, business objectives can be met using the technology already on premises. The issue is identifying what is already available, and keeping that list continually up-to-date.

Virtualization has improved this to some extent by allowing server environments and data center applications to run in multiple instances on a single server, often eliminating the need to purchase additional hardware. But virtualization introduces its own set of problems. Virtual sprawl is the condition where new virtual machines are created and forgotten, often incurring significant costs and using valuable resources.

The cloud has been idealized as a means to eliminate ownership of hardware resources because the company applications and data are stored and managed by someone else. But cloud providers, like any service provider, want to make a profit, which will come off your ledger. If the technology that is already owned can do the job, companies save money by making efficient use of the assets already in possession.

From a green IT perspective, energy consumption of electronic devices is probably the first thing that comes to mind when considering any mandate or incentive to be a responsible corporate citizen. In reality, energy is the low-hanging fruit and the easiest to comprehend. If an electronic device, such as a PC, is not required at the moment, shutting it off saves both money and energy for the company. It's a simple concept, but yet a tough task to successfully deploy in any organization.

Similarly, if a server is not needed, it can be decommissioned. But, what if the server is needed, but only required to be at full power during certain peak hours of the day? Wouldn't it be nice is the server processor and other components could be throttled back to a low-power state when not required to be a peak efficiency?

Our PC Energy report from 2009 indicates that more than 50 percent of PCs in organizations are left on overnight. Collectively, U.S. organizations waste $2.8 billion every year powering 108 million unused PCs. In 2009, these unused PCs were expected to emit approximately 20 million tons of carbon dioxide emissions.

Similarly, our 2009 Server Energy and Efficiency report indicates that one sixth of a company's servers are unproductive for the organization. The potential savings are large, globally $3.8 billion in energy costs alone and $24.7 billion in the total cost of running non-productive servers.

As noted, evangelizing even the simple concept of shutting PCs down at night is a tough prospect. To do this successfully, it must be transparent to the end-user, it must allow for IT to patch the PC overnight, accurately report energy savings and ensure that the PC stays healthy. This is all possible today; with the appropriate software solutions.

These are only a few specific areas where waste in the IT organization has been concretely identified across the industry; there are always more. By earmarking time, money and energy when doing an IT waste review, companies can save millions of dollars, which can be redirected to supporting business aims. Investing focus into these three areas can reveal a stockpile of savings, give time back to the organization and put the business on a straight path to a green consciousness as a responsible environmental citizen. 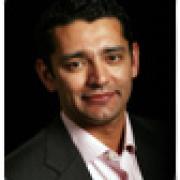 See all by Sumir Karayi