In India, intelligence gathering and big data help save tigers

Traveling in small, nomadic groups, carrying knives, axes and steel traps, tiger poachers in India long have held advantages over those trying to protect the big cats. The poachers, motivated mainly by demand for tiger bones used in traditional medicine in China, return every two to three years to places where they know “every stream and rocky outcrop” and set traps along tigers’ pathways or near watering holes, said Belinda Wright, executive director of the Wildlife Protection Society of India. They seldom are caught.

“They have unbelievable knowledge and jungle craft,” Wright said. “They will use every trick in the book.”

But a study published in August by Wright, ecologist Koustubh Sharma and colleagues could help turn the tide against tiger poaching in India, home to more than half of the tiger’s global wild population.

The study, published in the journal Biological Conservation, applied a new method to estimate the probability of occurrence and detection of tiger crime in various areas of India, then used it to identify 73 key “hot spots” with high likelihood of tiger poaching and trafficking in tiger parts. According to the authors, it could lead to more efficient anti-poaching efforts by giving conservationists, enforcement officials and forest rangers working to save the tigers the ability to home in on where enforcement is needed most and thus improve the odds of saving India’s imperiled national animal.

Over the past few years, Sharma, a senior regional ecologist with Snow Leopard Trust and scientist with Nature Conservation Foundation, and his team wrote computer code and analyzed 25,000 data points — collected since 1972 across 605 districts — on wildlife poaching crimes, including locations of confirmed tiger poaching instances and sites where tiger parts had been seized. “It’s such a huge data set that whenever I would run the analysis cycle, it would take 20 to 25 minutes for each model,” Sharma said.

“An intelligence network is the most crucial step in curbing tiger and wildlife crime,” said Wright. More intelligence means being able to better place informers on the ground and use cell phone interceptions. It also means knowing where to target field patrols and forest ranger activities. Of utmost importance, Sharma said, is knowing where crime patterns have changed as poachers’ tactics change. That’s why researchers worked to formulate modeling that could be updated regularly.

“At the end of the day, we have to try to be a step ahead of the criminals,” said Sharma. “That’s what insurance companies and banks do. They do models and create projections and invest. We have something similar. We have these models and projections, and we have to invest accordingly.”

Current hot spots for tiger crime identified by the study include some regions that surprised researchers and likely could benefit from increased enforcement. The Nepal-India border region, for instance, has had less enforcement in the past than other areas, Sharma said. The study found that the region has been under growing poaching pressure, likely due to an increase in the local tiger population and its role as a hub for trafficking tiger bones into China, Sharma said: “That is an area we are highlighting as a hot spot where policy makers should take action."

The study also found evidence that poachers prefer to use rail routes, where they more easily can blend in with millions of passengers daily. At least 17 districts far from tiger forests, including Delhi and Indore, scored high on tiger crime because they are trade hubs.

The formulas used to calculate current and changing hot spots already are getting the attention of those charged with preventing illegal poaching across India. In September, Sharma called the paper to the attention of Rajesh Gopal, member secretary of the National Tiger Conservation Authority of India, who forwarded the findings to field managers in charge of monitoring wild tigers and fighting poachers in tiger reserves and buffer areas. Sharma noted the methodology, combined with on-the-ground enforcement, also can be used to curb illegal poaching of other species, from leopards to pangolins.

“What we need is good technology and good enforcement on the ground,” Wright said. “Nothing can replace a human with two legs, two hands and a brain.” 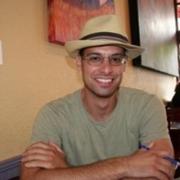 See all by Roger Drouin