In 2009, Arkansas farmer Adam Chappell had a pigweed problem. The large, aggressive weed had invaded his 8,000-acre farm in Cotton Plant, and he was spending more than $100 per acre to fight it.

"That weed was singlehandedly putting us out of business," Chappell told GreenBiz. "We were on a treadmill we just couldn’t get off of, spending ourselves into oblivion."

Chappell knew he needed a new approach. Herbicides weren’t cutting it. So he researched organic farming and decided to test growing cereal rye as a cover crop to control weeds on a 300-acre corn field. Chappell immediately saw a decline in weeds, but he also noticed other benefits. The soil was easier to work, the field didn’t have standing water after rain, and his irrigation timings were half of what they used to be.

That success set Chappell on the path of regenerative agriculture, an approach to farming that focuses on soil health and overall resiliency through management techniques such as minimal or no tillage, crop rotation and cover cropping. "I just dove in with both feet," he said. "It opened a whole new way of thinking and farming. It’s actually made this job enjoyable again."

Soil health is Chappell’s primary focus, and with this week’s launch of the Terraton Initiative, he — and other farmers across the United States — soon might be able to tap into a market that will reward them financially for that approach.

Spearheaded by the ag-tech company Indigo Agriculture, the Terraton Initiative has an ambitious goal of removing 1 trillion tons of carbon dioxide from the atmosphere by sequestering it in agricultural soil. At the heart of the Terraton Initiative is a new market, Indigo Carbon, that will pay farmers — initially $15 to $20 per ton of carbon — to implement regenerative practices such as "no till" that reduce or remove carbon from the atmosphere. The initiative also includes an open-source, long-term study on soil carbon, in partnership with the Soil Health Institute and the Rodale Institute, and a series of competitions with monetary awards for farmers.

The potential for agricultural soils to capture and store atmospheric carbon dioxide is the most hopeful solution I know of to address climate change.

"At the core of why we’re doing this, is it feels urgent and important," Indigo Agriculture CEO David Perry told GreenBiz. "The potential for agricultural soils to capture and store atmospheric carbon dioxide is the most hopeful solution I know of to address climate change."

Focusing on soil carbon, Perry said, will enable humanity to back away entirely from the "climate cliff," rather than simply slow our approach to it.

Chappell has seen glimpses of that cliff. Both his brother and father lost their Arkansas homes in a record-breaking flood in 2011, one of five such extreme weather events he’s experienced over the past decade.

While there’s widespread recognition that soil’s ability to store carbon makes it an important weapon in the fight against climate change, there’s been less clarity on how to tap that potential at a large scale. As Perry explained, "the biggest challenge has been how do you measure it [carbon storage], quantify it and certify that it really happened."

To address some of those fundamental challenges, Indigo Agriculture is partnering with the Ecosystem Services Market Consortium (ESMC), the brainchild of the Nobel Foundation.

ESMC is a new collaboration of farmers, ranchers, NGOs and companies that’s working to scale up a market for ecosystem services provided by regenerative agriculture, such as improved soil health and water quality, and increased soil carbon. ESMC has developed protocols, such as for measuring soil carbon, that are being piloted on 50,000 acres in the southern great plains. The Gold Standard, a global certification body for the carbon offset market, is in the process of certifying the protocols, said ESMC executive director Debbie Reed.

Indigo plans to use ESMC protocols, along with others, as the basis for generating its carbon credits. The company is not requiring growers to adopt specific practices, as its credit is based on outcomes — actual amounts of carbon sequestered — rather than the process, so farmers can select which practices to apply to their farm. 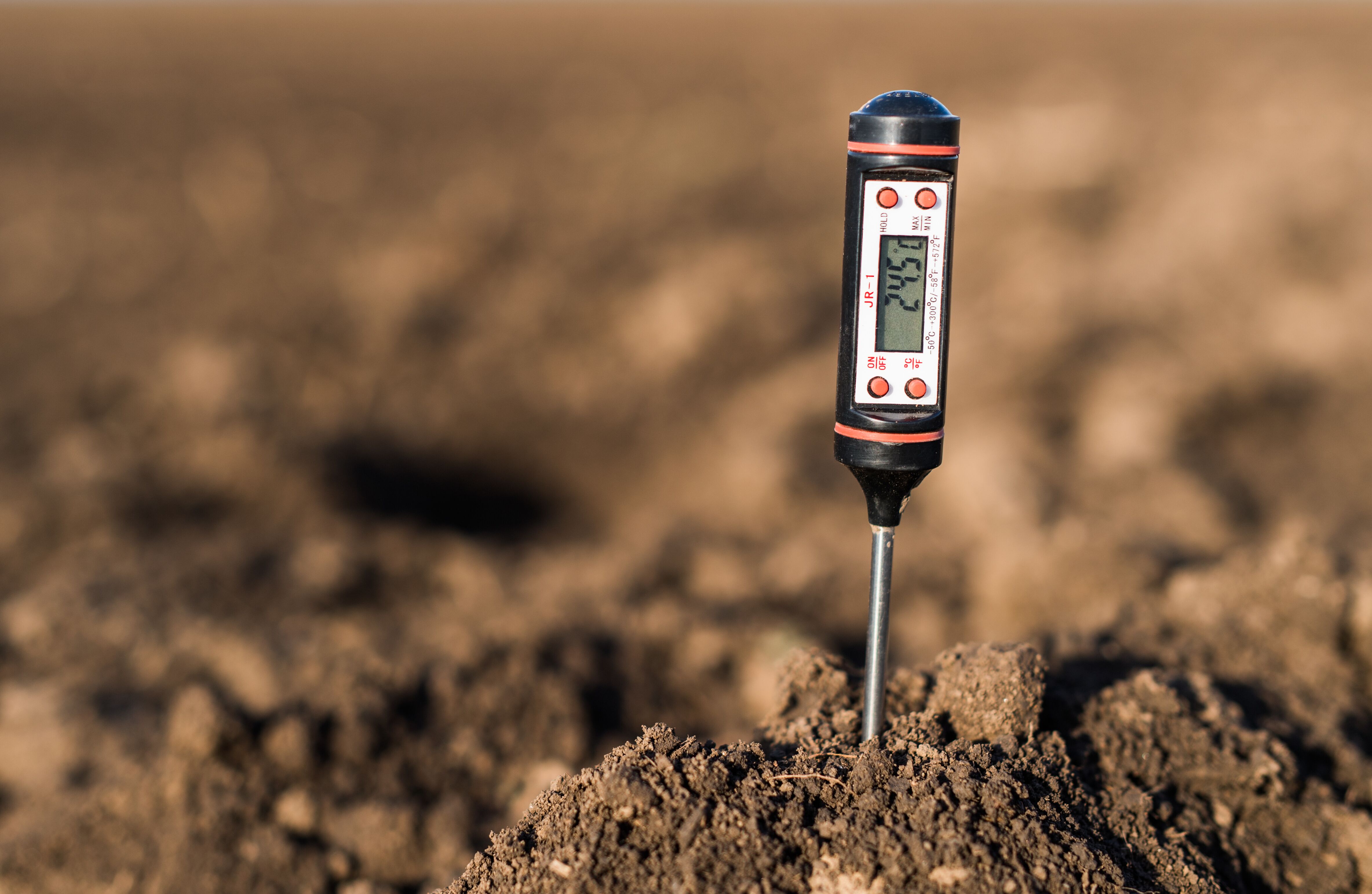 On the buyer side, Indigo is seeking investors, companies and individuals to buy the carbon credit separately, and/or food companies who will pay a premium for crops produced through regenerative agriculture. The latter would more of a "carbon insetting" approach, in which a food company could pay growers in its supply chain to implement carbon reduction activities. Indigo has secured one such deal already with Anheuser-Busch.

Indigo is working initially with U.S. farmers to help them qualify for carbon credits. It expects to expand globally quickly and will offer the program to its 10,000 existing clients, as well as to farmers who aren’t clients. Trading will begin later this year. Indigo Carbon could rival the blockchain-enabled market being created by tech firm Nori, and while ESMC plans to launch its own market in 2022, Reed says the markets won’t compete. ESMC's market will offer finance for soil and water improvements beyond carbon.

"As partners, part of the journey we’re going down together, is ensuring that we’re not creating duplicative efforts," Reed said. "We’re in the pilot phase, testing our protocols, but they’re jumping ahead and actually paying their farmers for increased soil carbon."

But will it work?

As a recent ProPublica report highlights, carbon markets can be fraught with problems. It’s early days for the Terraton Initiative, and many details are yet to be worked out on both the farmer side and the buyer side.

Gilles Dufrasne, policy offer of carbon pricing at Carbon Market Watch, generally prefers the idea of carbon insetting over carbon credits or offsets. It’s "better to try to reduce emissions within your own supply chain," he said. Dufrasne argues that offsets should be used only after companies have done everything they can to cut their carbon emissions, and not as a "tool to escape your own climate responsibility."

High-level issues to watch out for, he said, are:

Alastair Handley, president and board member of ClimateSmart Group, said that for a soil carbon trading system to work, there must be an understanding that reversals in carbon storage will occur. Handley helped create a market for soil carbon in Alberta, Canada, that he said has removed 14 million tons of carbon and paid producers more than $100 million in credits since 2007.

But Handley said, "When we talk about things like permanence, when it comes to the biological sector we need to stop and ask ourselves, what’s more important, permanence of the molecule or permanence of the behavior that results in the reduction?"

In other words, focusing on the quantitative amount of carbon reduced may be less important than focusing on incentivizing the long-term behavior change.

Handley thinks a new technology that allows for rapid, accurate, fast assessment of carbon in the field will be critical for building a market in the United States.

Asked how Indigo plans to avoid the problems that have plagued carbon markets in the past, Perry simply responded, "We’re in a different world then when those markets came out 10 to 15 years ago. There is much more awareness of the urgency of the problem, and that will create more demand for the solutions."

He added, "The money for carbon credits goes to farmers, a group of people who are in need of the support right now. The only side effects are positive. It allows us to grow healthier food in a way that the farmer makes more money and with healthier soils that increase resistance to drought and flooding."

Back in Arkansas, Chappell agrees with that sentiment.

"I’m excited for the market that it may let farmers have an additional income opportunity which they all desperately need right now, and provide a service for these big companies to clean up some of this carbon," he said. "If I’m going to clean up somebody’s else’s mess I ought to get paid to do it."