Intermittency long has been considered the Achilles heel of renewable power generation. The U.S. electricity grid, after all, is largely built around big, centralized coal and nuclear power plants that can run all the time, whether demand is high or low. In contrast, grid engineers have no control over when the sun shines or when the wind blows, making it difficult for solar or wind to fully supplant the dirty-but-reliable fuels that keep the power grid humming along smoothly.

That finally may be changing. Large-scale and technologically advanced energy storage projects — from massive lithium-ion battery installations in the California mountains to giant, compressed air caverns under the Utah desert — recently have been commissioned or announced. And while numerous hurdles remain — including needed improvements in reliability and safety, regulatory and market changes and, of course, cost — policy moves in many states are steadily nudging the industry forward.

In a report published last month, the consulting firm Navigant Research estimated that 362.8 megawatts of new energy storage projects — enough to power tens of thousands of homes — had been announced globally in the past year alone. A separate report by the research company IHS projected that global energy storage installations would rise by 6 gigawatts annually by 2017, reaching 40 gigawatts by the end of 2022. In the United States, the Department of Energy’s Global Energy Storage Database lists 104 projects in the planning and construction phases. Around the world, there are another 158 such projects.

Storage technologies take on a variety of forms, including the most familiar: pumped-storage hydro. Here, water is simply pushed uphill, where it is held in a large reservoir and allowed to flow back down as needed to generate electricity. This technology is the oldest form of bulk energy storage and currently represents the vast majority of such installations around the world. But with support waning for the sort of big dams needed to make pumped-hydro work, alternatives are being developed or refined.

Batteries of various designs, including lithium-ion batteries, for example — essentially giant versions of the technology powering iPhones and other gadgets — quickly are gaining ground with several utilities. Some companies are experimenting with compressed air storage, which uses available electricity to push air into a confined space, either underground or in tanks, and letting it expand and turn a turbine when it is needed. Flywheels, an old technology, use available power to start a low-friction wheel spinning, storing power as kinetic energy; the wheels then gradually slow down to release power back to the grid. Some big solar plants can focus the sun’s energy on giant heat-exchangers filled with specialized liquid salts, which can retain the heat for later use in generating electric power. 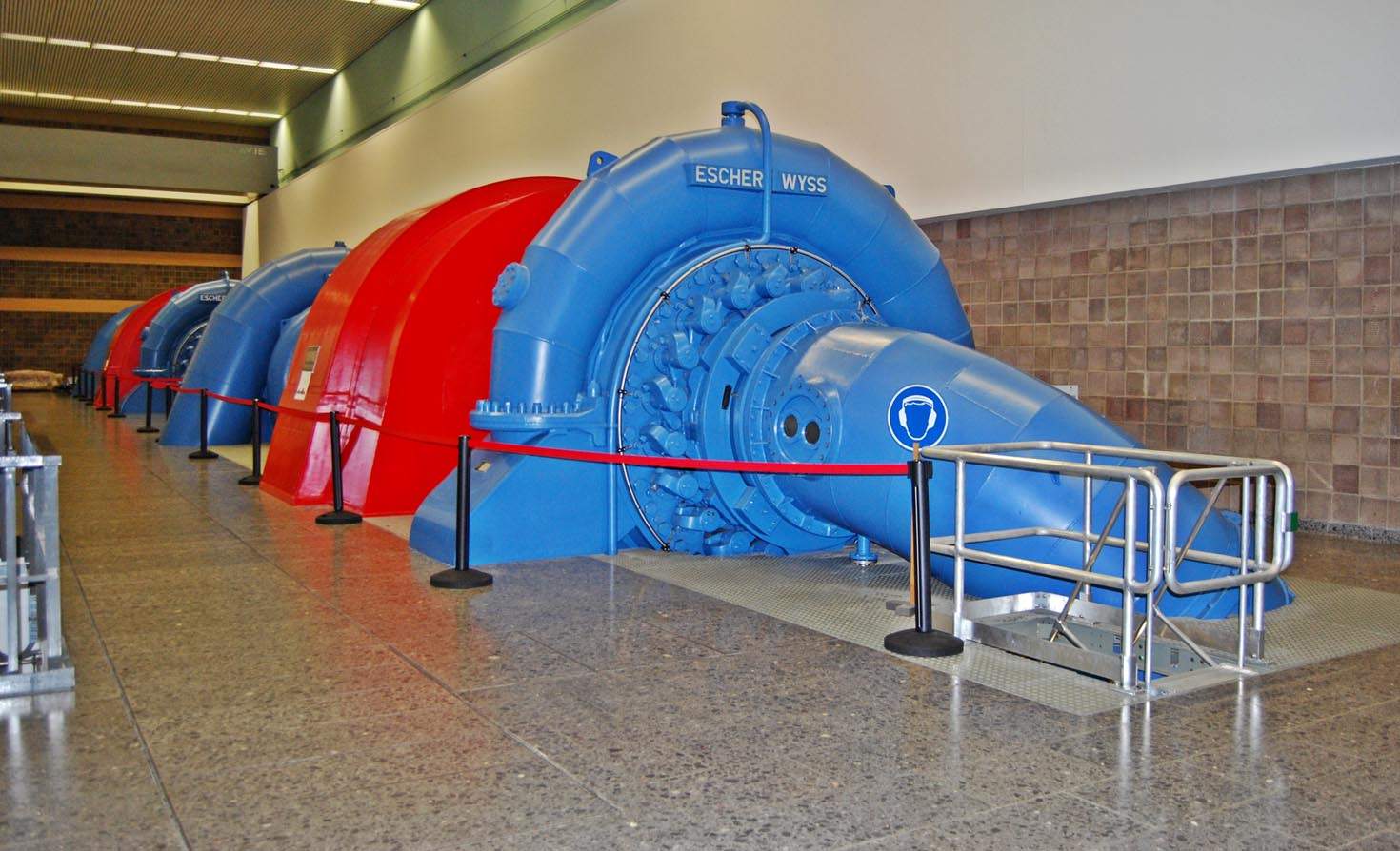 But state governments are working hard on the policy front to jump-start the industry and get it over many of these humps. Several states and their larger utilities — notably New York (PDF), Hawaii and Washington — have begun pushing for big storage plans. And in California, a 2013 bill requires the state’s three largest utilities to incorporate 1.3 gigawatts of storage onto the grid by 2020.

Southern California Edison, one of the state’s biggest utilities, recently unveiled one of the largest battery storage systems in the country — a 32 megawatt-hour lithium-ion facility in an area projected to generate 4,500 megawatts of wind energy within a few years. Other developers in the state already have applied to connect close to twice the amount of California’s new storage mandate, although Anissa Dehamna, a senior research analyst with Navigant Research, cautioned that the queue represented more of a “wish list” than an actual projection of what will get built.

Still, fledgling efforts are underway across the country. Last year, the Solana concentrating solar plant in Arizona began operations using molten salt storage, allowing the plant to keep feeding power to the grid for six hours after the sun goes down. A spokesperson for Solana’s owner, Abengoa Solar, said in an email that the company has eight more big plants involving similar storage under construction or in advanced development around the world.

But David Marcus, founder of storage company General Compression, said that a wind farm combined with storage such as his company’s compressed air technology is already a cost-effective solution. “Wind plus appropriate storage should be able to provide the same service as a new combined-cycle gas plant, and is competitive where gas prices are high,” he said in an email. 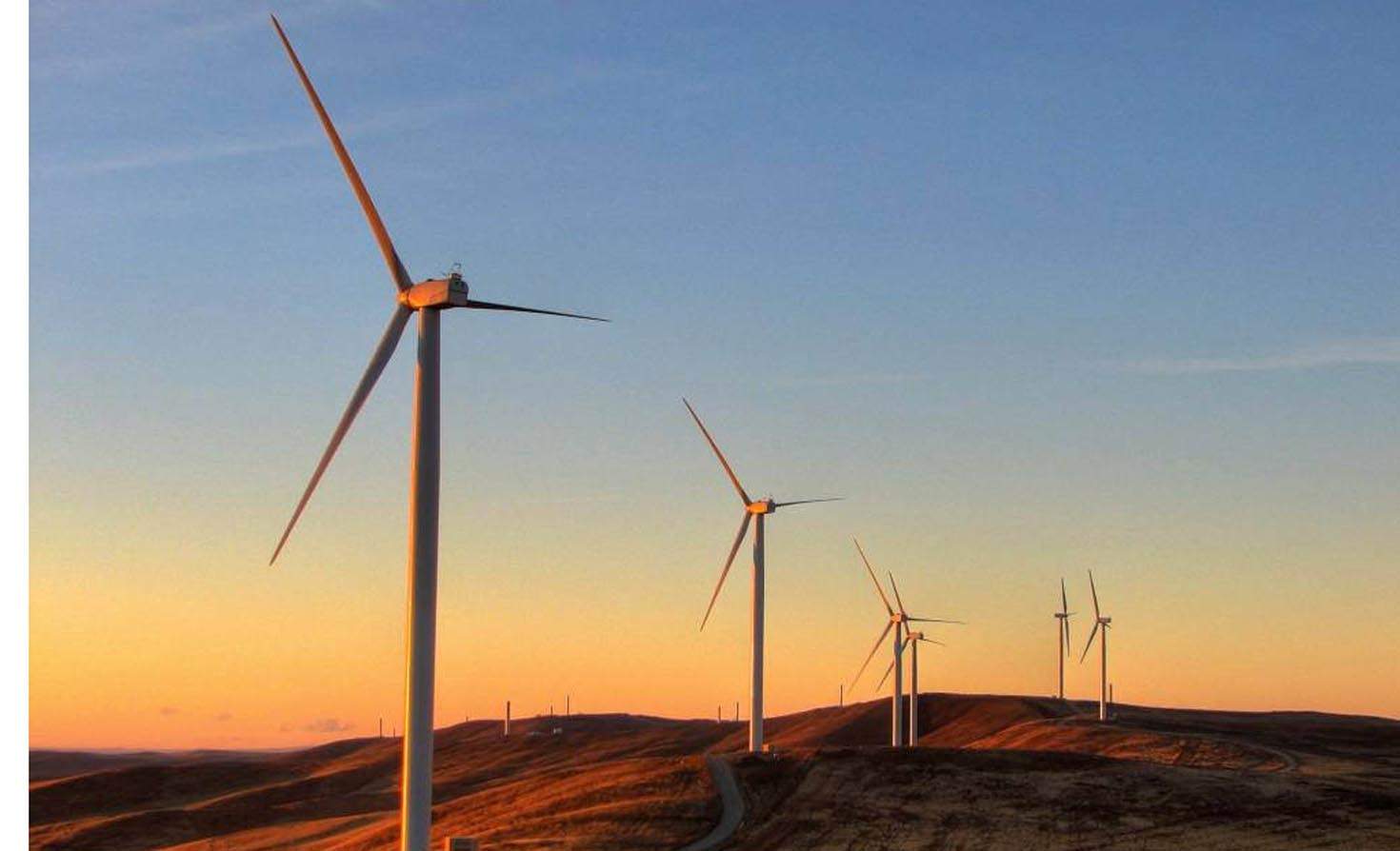 A project involving a new wind farm in Wyoming, hundreds of miles of new transmission lines and a compressed-air storage system near Utah recently was announced.

Compressed air storage in big caverns such as the proposed site in Utah are likely to remain a niche market, experts say, given that it requires a very specific underground geology. But companies such as General Compression, SustainX and LightSail Energy are working on smaller, more modular systems that use a variety of storage media and tackle efficiency losses and other challenges. Such modular applications could range in size from one to dozens of megawatts.

Flywheels, meanwhile, are ideally suited for short-duration needs, such as smoothing out brief hiccups in electricity flowing through the grid or filling in while big power plants ramp up to full capacity. Dehamna said that flywheel technology costs have come down significantly in recent years, that they are extremely efficient and that they don’t face the same degradation problems that batteries do. “For second-to-second balancing of the frequency of the grid, flywheels do exceptionally well,” she said.

To be sure, storage technology development is not limited to the United States. The 362.8 megawatts in new projects that Navigant highlighted are almost evenly divided among North America, Europe and the Asia-Pacific region.

Lin pointed out that while storage is great for incorporating renewables into modern grids, it also could play a big role in developing countries, where people lack electricity access and grids are weak. India, for example, with a notoriously shaky electrical grid, is starting to push hard for storage for both renewables integration and rural electrification projects.

In the United States, the regulatory environment still lags behind the industry, and stakeholders, led by the Energy Storage Association, are pushing to improve federal policy to both incentivize the continued development of storage technology and remove impediments to its integration into the grid.

“Rules haven’t been written so that the benefits can be monetized appropriately,” said Ravi Manghani, a senior grid analyst focusing on energy storage for GTM Research.

Other experts cautioned that marrying all of this emerging storage technology to an antiquated grid structure will prove daunting. While costs are dropping rapidly for batteries, flywheels and compressed air storage, Navigant’s Dehamna suggested that ancillary costs might not be keeping up. The hardware needed to connect storage to the grid, for example, as well as the software needed to make it run properly, she said, still need to drop.

Richard Brody, vice president of business development and sales at flow-battery producer Primus Power, said the recent increase in interest in his technology has brought in peripheral developers as well. “We’re seeing strong interest from equipment and integration partners ... as well as from developers and end-users in building new storage projects,” he said.

In 2012, the National Renewable Energy Laboratory’s landmark Renewable Electricity Futures Study laid out what it considered a clear path to 80 percent renewable energy generation in the United States by 2050. The agency, part of the Department of Energy, estimated a need of between 80 and 131 gigawatts (PDF) of storage in order to support all that sun and wind power.

Whether that will come to pass is impossible to say for certain, but storage developers such as Marcus are optimistic.

"Like wind and solar before it, costs are coming down, installations are going up and regulators are grappling with appropriate compensation,” he said. “These things are coming together — slower than many would like, but they are coming."