Seafood and the circular economy are converging as innovative startups craft everything from renewable energy to "fish leather" shoes.

While the seafood industry grows, driven by rising demand from a health-conscious middle class, fish stocks are struggling to keep up.

Seafood production has increased from 19.3 million to 163 million tons from 1950 to 2009, according to industry analyst Food Ingredients First. Oceans provide 20 percent of the world's food, yet all but 10 percent of seafood species have become overfished. Compounding the problem is the way that fish are caught, cut and preserved for transportation, or simply because there's no market demand for certain cuts of fish.

However, some savvy companies are cashing in on seafood waste by creating value from it. It's one of the top trends in the seafood industry, converging with the rise of the circular economy, particularly in food.

"About 40 percent of all seafood goes to waste," said Monica Jain, executive director of Fish 2.0, a startup accelerator for sustainable seafood solutions. Yet she predicts this will drop to about 10 percent over the next decade. 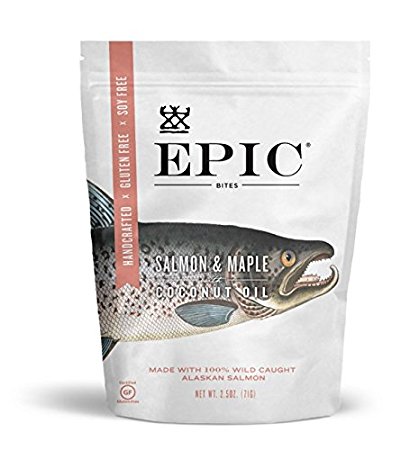 "Not only will we use more of the seafood we capture, we'll also turn today's waste byproducts into valuable co-products," Jain wrote.  And that's important, she told GreenBiz, because "we need sustainability to maintain the volume of fish we're taking out of the ocean at present, because we're not likely to decrease the amount of fish taken from the ocean."

Reducing waste, designing manufacturing processes to eliminate trash and finding uses for products at the end of their life cycles are all principles of the circular economy. But preventing waste through circular processes poses a unique problem for the food industry.

"No one wants to 'get back' the fish that went to the market," Jain said. "But it's contributing to the same concept in the economy — that is to reduce waste and extend use."

She mentioned several unusual ways that companies are taking seafood waste — a product with seemingly no value — and creating new markets for it. For example:

Two promising startups in Fish 2.0's sustainable seafood business awards, announced in December, are capitalizing on circular seafood. Fish Extend of Santiago, Chile, developed a natural film technology that can improve the shelf life of fish during long journeys between Chile, the United States and Asia. California- and New Mexico-based OneForNeptune is making snack foods from underused U.S. groundfish species and industry offcuts such as whitefish.

"Both of these companies have a lot of corporate interest," Jain said. They were awarded a venture prize and paired with major seafood corporates to help them expand (Albion with Fish Extend and Stavis Seafoods with OneForNeptune).

All the trimmings, please

Another way that technology can help reduce waste is during capture by reducing "bycatch," or the marine species unwittingly caught in large-scale trawling.

There couldn't be a better time for market innovation to reduce seafood waste and boost its use, as Interior Secretary Ryan Zinke is moving to open national ocean monuments to commercial fishing — while a quarter of U.S. fish stocks are already overfished.

"It's quite a broken circle in the seafood industry, even though there are signs that things are progressing," said Paolo Bray, founder and chief executive director of Friend of the Sea, which certifies sustainable and dolphin-safe seafood products from fisheries and aquaculture.

First, there is a chance that fishing operations are catching non-target species. Global bycatch may amount to 40 percent (PDF) of the world's seafood catch, totaling 63 billion pounds per year, reports Oceana.

"You have a level of discards that are thrown away because they are not commercially interesting," said Bray, who himself is vegan. 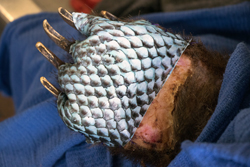 In its voluntary certifications, Friend of the Sea commits companies to reduce discards to a maximum of 8 percent and to use non-entangling Fish Aggregating Devices (FADs) to reduce the mortality of turtle and shark species that can become ensnared in fishing nets.

As for turning seafood trimmings into market-ready products, the emerging solutions from startups, technologies and even large corporations include:

Last, but not least, said Bray, we must reduce seafood waste from consumption.

"Most consumers don't know how to conserve seafood: freeze it, cook it or clean it," he said. "This can be improved through education."