Inside Caterpillar's culture of transformation

The following is an edited excerpt of "Headwinds of Opportunity: A Compass for Sustainable Innovation" by Tim Lindsey (Routledge, Taylor & Francis, 2017).

Look at the ships also, though they are so great and are driven by strong winds, are still directed by a very small rudder wherever the inclination of the pilot desires. 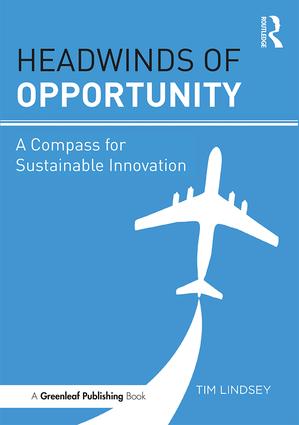 As an innovative business strategy, sustainability tends to present challenges for many organizations with respect to its compatibility and complexity characteristics. Given that many organizations are driven predominantly by short-term financial performance, changing their priorities to give equal emphasis to environmental and social aspects can be problematic. While they may recognize the importance of these aspects, giving them equal emphasis to short-term financial performance is not compatible with the culture of most organizations. Fortunately, many organizations already assign paramount importance to some nonfinancial aspects that can be leveraged to make the case for elevating the status of sustainability performance.

Even leaders of the most conservative organizations regularly make decisions for the good of the enterprise that do not demonstrate strong short-term financial benefits. They recognize that certain decisions are in the organization’s best interest in the long term even if it is not possible to justify them through the calculation of a short-term return on investment (ROI). Safety and quality are good examples of performance aspects that require long-term focus and commitment. Even though they are difficult to connect with short-term financial performance, most organizations recognize their importance for achieving enduring success. No responsible leader would disregard their organization’s safety or quality performance. The same rationale can be used with respect to other dimensions of sustainability.

In February 2012, I was hired by Caterpillar Inc. to serve as their global director of sustainable development. Caterpillar is the world’s leading manufacturer of construction and mining equipment, diesel and natural gas engines, industrial turbines and diesel-electric locomotives. Caterpillar leaders made sustainability part of the enterprise strategy in 2005, identified it as a growth area and launched their first sustainability report.

When Doug Oberhelman became Caterpillar Chairman and CEO in 2010, he clearly had a passion for sustainability and was focused on integrating it into the business. Many Caterpillar executives knew intuitively that the sustainability movement presented strong opportunities for the company because of the products it makes and the markets it serves, but they weren’t in agreement about how to capitalize on this opportunity. I knew some of their leaders through projects I had directed for them in the past and they recruited me to take on this challenging position.

From the beginning, I approached sustainability at Caterpillar as an innovation — an innovative way of doing business. My team of two to three personnel and I began by researching key aspects of the culture that we thought could connect well with sustainability. We studied the business model, the quality system, manufacturing operations, logistics, the human resources system, product development, the supply chain, customer relations, communications, strategy and the corporate values. We concluded that all these aspects offered considerable potential for improving the sustainability performance of the enterprise.

During my first day on the job, I noticed that the company placed considerable emphasis on its four core values: integrity, commitment, excellence and teamwork. These values formed the basis of Caterpillar’s Worldwide Code of Conduct and were considered in all major decisions. Posters that describe and emphasize the values were displayed throughout the company’s facilities. As I was making the rounds and meeting with various Caterpillar executives during my first days there, one of them asked me what I thought we needed to do to "raise our game."

If we are really serious about sustainability, we should consider making it a core value. Such a change could potentially be transformational.

I responded, "If we are really serious about sustainability, we should consider making it a core value." Such a change could potentially be transformational. It would mean that sustainability would no longer be just important things that we do — it would become part of who we are.

To be effective in this change, I would need to enlist the influence of key leaders who could help champion the new emphasis on sustainability to their respective business units and help drive the transition. I was extremely fortunate when Caterpillar Chairman and CEO Doug Oberhelman assigned a special leadership development team to investigate sustainability opportunities for the enterprise and develop recommendations for elevating Caterpillar’s sustainability commitment and performance. The leadership development work was part of a program with Stanford University and the team was comprised of eight very accomplished leaders representing diverse aspects of the organization, including marketing, investor relations, logistics, manufacturing and product development.

I was assigned the role of serving as their subject matter expert. Over nine months, we met multiple times and spent many hours together. After several months of benchmarking other companies, information gathering and study, the team had developed a deep understanding of the topic. They recognized Caterpillar’s unique opportunity to lead in solving some of the world’s most pressing problems, ranging from access to energy, transportation, water and sanitation, to restoring degraded lands and sequestering greenhouse gases. After some thoughtful discussion, the team reached consensus.

If Caterpillar wanted to be a global sustainability leader, it made sense to recognize sustainability as a core value. The recommendation to make sustainability a core value was presented to top management in the form of a carefully crafted video that made the business case. The video also connected at an emotional level and emphasized the world’s need for Caterpillar leadership. Top management agreed, and the change was presented to the board of directors, who supported and approved the measure.

An implementation team was then formed to carefully craft the language to support the value while maintaining compatibility with the other values. We developed compatible messaging regarding the meaning and importance of sustainability to the enterprise. In addition, an internal steering committee was formed with management representatives from strategy, quality, product development, human resources, communications and purchasing to develop a coordinated approach for embedding sustainability from the top down throughout all aspects of the enterprise.

During this time of rapid transition, the company doubled its commitment to aggressive energy efficiency and greenhouse gas reduction goals (50 percent reduction by 2010) and implemented sustainability principles in ways that began to drive innovation and improved competitiveness throughout the corporate value chain. Discussions also began about how to incorporate sustainability into corporate roles (research, product development, strategy and risk) and operational functions (supply chain, manufacturing, quality, logistics and customer processes).

The corporation officially recognized sustainability as the fifth core value for the enterprise in 2014 and incorporated it into the employee Code of Conduct in 2015. We developed a training module to help employees understand how to embed sustainability principles into their daily work. A "Sustainability Advocates" program was also established with open enrollment for all employees to facilitate sustainability innovation, education and implementation from the bottom up.

In 2015, 18 percent of Caterpillar’s reported sales and revenues were from products, services and solutions that demonstrated an improved sustainability benefit over existing offerings.

Many transformational changes were implemented over the next two years. As a result, in 2015, 18 percent of Caterpillar’s reported sales and revenues were from products, services and solutions that demonstrated an improved sustainability benefit over existing offerings. More recent additions include microgrid technology comprised of solar panels and battery storage integrated with Cat generators to provide power to remote parts of the world and hybrid excavators that use the machine’s hydraulic system to store and deploy previously wasted energy.

The company also worked with NGOs, engineering companies, financial institutions and peer companies to develop an initiative focused on restoring natural infrastructure (Lindsey, 2015). By the time I left Caterpillar at the beginning of 2016, the company had achieved elite recognition for its sustainability achievements, including:

People often ask me how we achieved such transformational change in this relatively short period of time. I attribute our success to three aspects: 1) We engaged champions with the courage and influence to drive change. 2) We found ways to make sustainability improvement compatible with the existing culture. 3) We used business drivers to catalyze change. 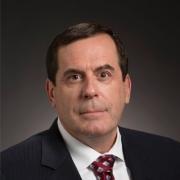 See all by Tim Lindsey