Inside an Energy Treasure Hunt at the Citrus Bowl

I don’t climb ladders much anymore, except to clean my gutters every year. So it was with some hesitation that I found myself scaling a 20-foot steel ladder behind the scoreboard at Orlando’s Citrus Bowl, the better to inspect the board’s cooling units.

It was all part of an energy efficiency Ecomagination “Treasure Hunt,” organized by Environmental Defense Fund (EDF) and GE in cooperation with the city of Orlando, which owns the stadium. Last July, we launched a pilot project with GE to undertake these extensive energy audits at a variety of facilities, public and private, around the country.

Through these projects, we wanted to demonstrate to businesses and communities around the country how profitable and easy it is to reduce energy waste. GE was already conducting Treasure Hunts within the company with great success, so we suggested they share their know-how with others.

So far, we’ve done 11 Treasure Hunts at a range of facilities, including an Allison Transmission plant in Indiana, a Walmart distribution center in Bentonville, Ark., the Atlanta airport, and Roosevelt Hospital in New York City.

Our goal was to find potential energy savings that amounted to eight percent of the stadium’s annual energy bill. Over the next three days, armed with flashlights and hand-held laser temperature readers, we inspected the stadium from skyboxes to the cheerleaders’ locker rooms. You can check out the full story and video of the experience at GE Reports.

Complicating our task was the annual Florida Classic between football rivals Bethune-Cookman University and Florida A&M. On day two of our hunt, 61,000 raucous fans packed the stadium while we scuttled around beneath the stands.

The Citrus Bowl was originally built in 1936 and has undergone several upgrades and renovations since. Nowadays, the stadium is home to the annual Capital One and Champs sports bowls, an annual Monster Jam, the occasional concert and other events.

In our quest for energy gold, we found poor insulation, inefficient lighting and outdated water heaters. We found many water heaters, walk-in freezers, coolers and lights were left running all year. One Coke cooler, left running 24/7, contained nothing more than a bottle of juice, a can of soup, and a Domino’s box of bread sticks.

In the end, we far exceeded our eight percent goal. In our final report, we recommended 25 lighting and HVAC changes that could save the city 50 percent on the Citrus Bowl’s annual electricity bill. One change alone — putting the air conditioners in the skyboxes, locker rooms, offices and press box on programmable thermostats — will save $59,700 a year. Putting timers and insulation on dozens of hot water tanks will save $9,000 annually. And shutting off the parking lot lights except when the stadium is being used — probably the lowest hanging fruit we found — will save $11,000.

These energy investments are important because they would allow the city to spend money on other critical services that would otherwise go towards utility bills. And taken together, the CO2 savings for this stadium alone are the equivalent of taking 118 cars off the road. Not bad for three days’ work.

A bonus for us treasure hunters: Watching the Bethune-Cookman and A&M marching bands at halftime. Both are consistently ranked among the best in the country. I counted 28 tubas in the Bethune-Cookman band alone. Another bonus: Block after block of street vendors frying catfish and barbecuing ribs for the fans. Did we partake? Oh, yes! 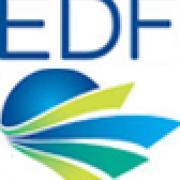 See all by Charles Miller