Ten years ago, Graciela Chichilnisky and Peter Eisenberger set out to remove carbon dioxide from the atmosphere and use it as the basis for renewable low-carbon fuels. When the pair — both Columbia University professors — founded their company Global Thermostat, they encountered heavy skepticism. Now, they have two functioning pilots, and they’re partnering with the world’s largest oil and gas company to bring the idea to scale.

This summer, ExxonMobil announced it would be working with Global Thermostat to help scale up their technology, with an eye towards large industrial applications. The announcement is the latest indicator that fossil fuel companies are looking ahead towards a world that’s far less friendly towards their products and the emissions they produce. Earlier this year, the venture arms of Occidental Petroleum and Chevron jointly invested in Carbon Engineering, one of Global Thermostat’s competitors.

Both Carbon Engineering and Global Thermostat are working on what’s called direct air capture, the removal of carbon dioxide from ambient air such as the air you would breathe in your house or on a city street. Other carbon removal technologies rely on a concentrated source such as the flue of a power plant smokestack.

I discovered that while the carbon market is really what needs to be done, it is not direct enough for what’s required to resolve climate change.

"There is, as far as I know, no other feasible solution to the climate threat than direct air capture," Eisenberger said. "It’s a necessary condition. We’re going to have to take CO2 out of the atmosphere, and anyone who’s studied the problem knows we can’t do it by planting more trees or any of the other well-intentioned stuff that’s proposed. They just don’t scale to the size of the problem."

Julio Friedmann, a senior research scholar at Columbia University who specializes in carbon removal issues, sees the work Global Thermostat is doing as a critical backstop for other methods of addressing climate change.

Global Thermostat already has built two pilot facilities, each with the capacity to remove 3,000 to 4,000 metric tons of CO2 per year. ExxonMobil aims to help the company build bigger facilities in more places, until they’re removing a gigaton (1 billion tons) of carbon dioxide every year.

"Scaling up a technology to go from a million to a billion tons requires a lot of technology know-how and equipment and scientists," Chichilnisky said. "They have all that."

Both of Global Thermostat’s founders were tight-lipped about the exact details of the partnership, but Chichilnisky told me ExxonMobil has provided the company with millions of dollars and a team of 10 ExxonMobil employees. The oil and gas company then will have access to Global Thermostat’s technology once it becomes commercially available.

"Our scientists see potential in this exciting technology that could lead to more affordable methods to reduce emissions in power generation and manufacturing, along with removing carbon dioxide from the atmosphere," said Vjiay Swarap, a vice president at ExxonMobil Research and Engineering Company, in a press release.

Anatomy of a dream

How did Global Thermostat go from two professors’ pipe dream to a partnership with the largest fossil fuel company in the world?

Both founders had been leading environmental research for decades, and they decided to pursue direct air capture because they were disenchanted with other pathways for solving the climate crisis.

Chichilnisky is a development economist and a member of the Intergovernmental Panel on Climate Change, which shared the 2007 Nobel Prize with Al Gore. In the 1990s, she wrote the section of the Kyoto Protocol dealing with carbon markets, which later formed the basis for the European Union’s Emissions Trading Scheme, as well as other carbon markets around the world. After a career spent developing the economics of trading carbon, she realized that her work in that field was insufficient. Markets would not solve the problem fast enough if they lacked a viable technology to reverse emissions.

"I discovered that while the carbon market is really what needs to be done, it is not direct enough for what’s required to resolve climate change," she said. "Climate change presents an existential problem. What is needed in the immediate term is to remove the CO2 that is in the atmosphere."

Eisenberger realized the need for direct air capture after approaching the problem from a science and engineering perspective. He’s a materials scientist and was the founding director of Columbia’s Earth Institute, an interdisciplinary environmental research center. 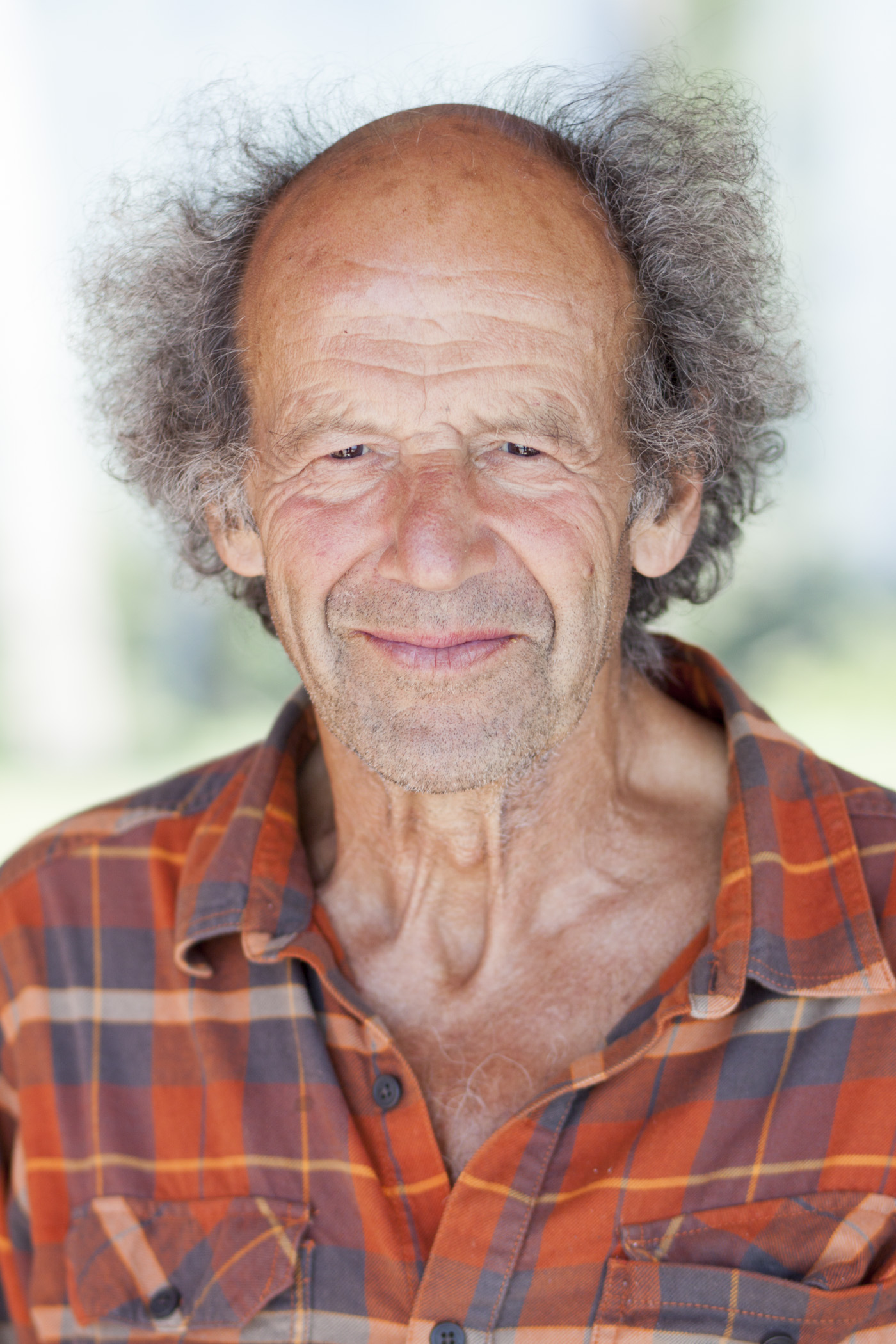 Earlier in his career, Eisenberger was working in research and development at none other than ExxonMobil. The company began looking into synthetic fuels during a prolonged decline in oil prices in the 1980s. This effort fizzled out once oil prices began to rise again, but it inspired Eisenberger to consider using carbon from the air to create fuels, mimicking the photosynthetic process used by plants. The experience also gave him a read on ExxonMobil’s approach to new technologies.

"I knew that if this company decided to change what they were doing, it was not greenwashing," he said. "It was real."

Eisenberger’s connections at ExxonMobil proved useful down the line. Vijay Swarap, the vice president who initiated the recent partnership, had worked for Eisenberger as a post-doctoral student four decades earlier. Eisenberger said Swarap reached out because direct air capture filled a key gap in the company’s technology portfolio.

So how does direct air capture actually work?

The first step is to find a substance that selectively holds onto CO2, and then to pass air over that substance so it can pull out CO2 and leave everything else. That process is called contacting. The contactor used by Global Thermostat uses the same material found in the catalytic converter of most cars. Because direct air capture deals with very dilute CO2, the hard part is maximizing the amount of air that goes over the contactor, so that it has as many chances to grab CO2 as possible.

Global Thermostat’s facility is a bit like a giant lung, but rather than oxygen, it takes in carbon dioxide. The contactor pushes air through narrow channels with high surface area, like those in the human respiratory system, enabling it to take up a high volume of air over a short period of time. One of the company’s key innovations is that the air moving across the contactor undergoes less of a pressure drop than in competing technologies, so it is able to move much more quickly. 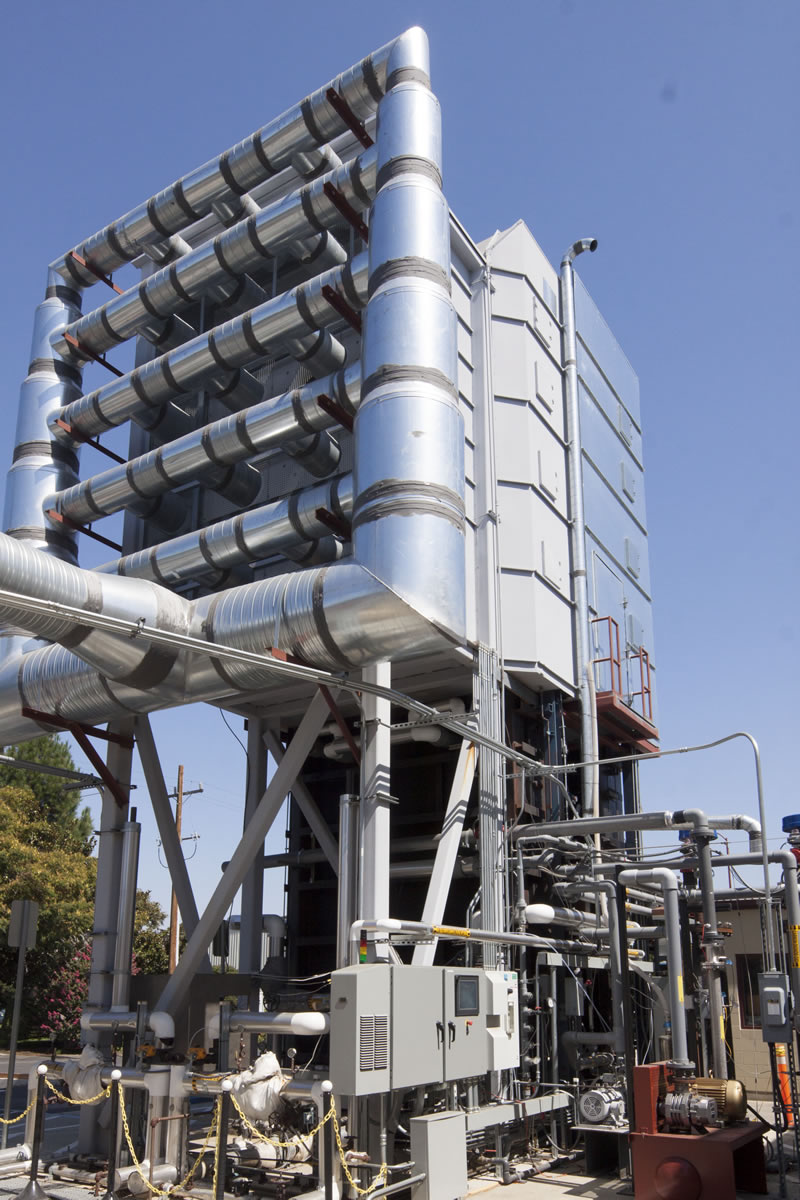 When direct air capture was first proposed, scientists estimated that it would cost hundreds or even thousands of dollars per ton of CO2 removed. Efficient contacting and other breakthroughs have allowed Global Thermostat to capture carbon from the air much more cheaply. The founders estimate that their costs are around $100 per ton, and they are confident that they can get down to $50 per ton at scale, or even less.

Both founders directed me to a National Academies of Sciences report from 2018 that estimated that direct air capture could cost as little as $18 per ton (although the upper bound mentioned in that report was over $1,000).

On the revenue side, CO2 captured from the air has become increasingly valuable. In 2018, a bipartisan change to the U.S. tax code provided a $35 tax credit for using CO2 in enhanced oil recovery (Chichilnisky advised that legislation). The tax credit is on top of the selling price of CO2, which means that if Global Thermostat is able to get below $50 per ton, they will be making a profit.

There are also many productive and immediate uses of CO2 outside of the oil and gas industry, such as boosting growth in greenhouses or carbonating beverages. In the latter case, the CO2 re-enters the atmosphere. However, the more CO2 that can be sold in the short term, the easier it is to scale direct air capture technology in the long term.

Global Thermostat has built pilot plants in Menlo Park, California, and Huntsville, Alabama, but these facilities are relatively small.

With ExxonMobil’s help, the company hopes to build commercial plants that can pull in at least 10 times more CO2 than the pilots. If it built and operated 20,000 facilities at this larger size, it would be removing a gigaton of CO2 per year.

In 2018, all of humanity emitted 33 gigatons of CO2 from burning fossil fuels. Removing that CO2 by planting trees would require an area of new forest about the size of California. (Note: This is the author’s calculation based on this article in Science estimating that 2.22 billion acres would sequester 205 GT of carbon.)

So far, Global Thermostat has not received much pushback from environmental groups about working with a fossil fuel company, but the company has anticipated the possibility of criticism.

Chichilnisky said that as an environmentalist, she herself would be suspicious of the situation. The experts who talked to me about ExxonMobil’s involvement were optimistic but measured in their enthusiasm.

"This partnership is great news for the field of direct air capture," said James Mulligan, a senior associate at World Resources Institute. "It is a positive but ultimately very modest step by a company like ExxonMobil in terms of climate stewardship."

He suggested ExxonMobil take more immediate steps to mitigate climate change, such as setting science-based targets for reducing their own emissions or supporting meaningful climate policy.

Julio Friedmann, the carbon removal research scholar at Columbia, was similarly underwhelmed. "They are sticking their toes in the water," he said. "Right now, the amount of investment they’re making is pretty small. A few millions of dollars here and there."

This partnership is great news for the field of direct air capture. It is a positive but ultimately very modest step by a company like ExxonMobil in terms of climate stewardship.

Friedmann said that more ambitious next steps for fossil fuel companies would be to invest billions of dollars, then to build and operate plants themselves, and eventually to assist with the process of storing the CO2 that gets removed.

"They will ultimately need to be the stewards of these emissions and pull them from the air and oceans and keep them underground," he said. "That’s going to require much, much larger investment than they’ve made to date."

Both of Global Thermostat’s founders talked about being at the forefront of an inevitable and monumental shift. The energy system of last century depended on digging up hydrocarbons from within the earth, burning them and releasing carbon dioxide into the atmosphere. Their vision turns that model on its head. The same carbon that was emitted from burning petroleum in the 20th century could be used to create a new fuel that replaces petroleum in the 21st century.

"Imagine Martin Luther King saying, ‘I have a nightmare,’ rather than ‘I have a dream,’" Eisenberger said. Instead of focusing on the problem of CO2, he emphasized the opportunity for renewable energy.

"This is a positive transition," he said, "We’re evolving to the energy system appropriate for the Anthropocene."

Chichilnisky stressed the urgency of action, as the severity of the climate threat continues to escalate.

"It’s an issue of time,” she said. "It’s not a scientific issue; it’s not a social issue. We can adapt to all of this. We can, and we will. But time is against us."

Carbon removal technologies, strategies and initiatives are the subject of several sessions during VERGE 19, Oct. 22-24 in Oakland, California.