Inside GRI’s new ‘beyond reporting’ strategy

Inside GRI’s new ‘beyond reporting’ strategy

Today, the Global Reporting Initiative is unveiling plans to launch what it calls “the next era of sustainability reporting.” The Amsterdam-based nonprofit is aiming its focus on four strategic priorities with a new tagline and revamped mission: “Empowering sustainable decisions.”

But as any sustainability executive knows well, reporting for reporting’s sake can be shortsighted, a waste of precious time and resources. As part of its new strategy, GRI “envisions a future beyond reports, where information from sustainability reporting empowers decision making throughout organizations,” in the words of Michael Meehan, GRI’s CEO.

The organization’s new five-year plan, through 2020, will focus on four areas: 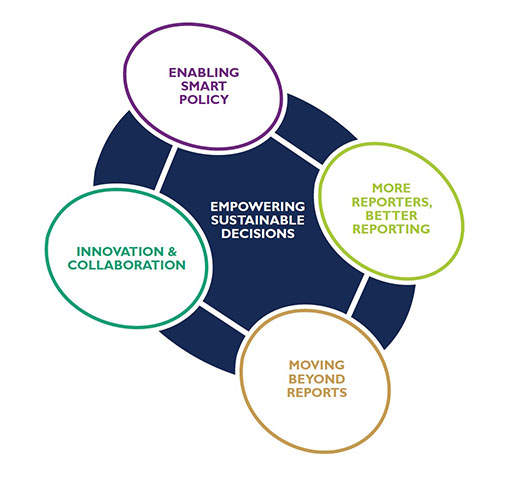 </p><p></p><p></p><p></p><p></p><p>GRI's new four-part strategic focus</p>
Many of these ideas have been brewing since Meehan arrived at GRI headquarters last summer with a background in venture capital and as a tech entrepreneur. In August, for example, my colleague Heather Clancy reported that Meehan wanted to focus “on creating a platform that allows data to be shared and combined with other metrics far more easily, to create valuable new insights.”

In the run-up to today’s announcement, I spoke with Meehan, whom I’d previously interviewed last fall, about GRI’s new strategic focus and some of its upcoming plans.

“The original idea of GRI succeeded very, very well,” he began. “Originally, the idea for the organization was to make corporate sustainability reporting mainstream. And in some areas of the world, it definitely is.” GRI reporters are now in 93 countries.

Beyond that, the organization focused on working with governments around the world to promote sustainability in policy — everything from human rights to corruption to climate change.

“We're referenced in 27 countries,” said Meehan. “We work through the United Nations and other partners. We even have a role in foreign direct investment, where countries are putting billions into emerging markets, and they fund GRI activities in those regions.”

A bucket of fish

Since arriving at GRI, Meehan has been hell-bent to take it “beyond reporting.” To do that, he knows that organizations such as his need to partner more effectively with the full ecosystem of sustainability organizations, both in and out of the reporting field.

“You have this bucket of fish, and there's a lot of fish in that bucket that are all doing something slightly different," he said. “We all have the same end goal around transparency and corporate trust. But the organizations were not really getting along, not collaborating nearly enough.

“I think it's up to GRI to change the game a little bit, so these organizations can collaborate and can innovate together to be able to move the sustainability market along much further and faster than it ever could before.”

Meehan wouldn’t name his would-be collaborators, but anyone in the field knows some likely swimmers in GRI’s “bucket”: CDP, the Dow Jones Sustainability Index, the International Integrated Reporting Council and the Sustainability Accounting Standards Board, among other leaders in sustainability reporting.

Can Meehan get them all swimming in the same direction? It’ll be no small challenge.

“We're heading towards a market of more standards and frameworks, not less,” he explained. “And I think unless we change the nature of what GRI does and help these organizations build new standards and frameworks on a common platform, much like technology standards do, then we're in for a world of fragmentation, and that's not going to help anybody.” 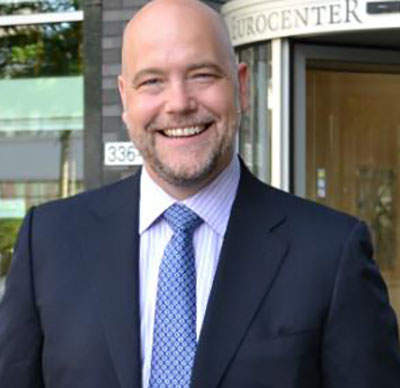 Despite the magnitude of the change, some of this will unfold in short order, with further developments coming in the next few weeks, he said. “You'll see new business units and new services that are focused around the use of data and knowledge and intelligence of sustainability information for particular uses.”

Meehan added, “We will have an announcement coming out very, very shortly on that.”

Michael Meehan and the future of sustainability reporting