We spend a lot of time at GreenBiz talking about the leaders of corporate sustainability -- the Interfaces, the Nikes, the Kaiser Permanentes, and the Kohls's -- but there remains a massive population of companies that aren't as far along their climb up Mt. Sustainability, or don't even know where to begin.

At the GreenBiz Forum this morning in Minneapolis, Tari Emerson, Kohl's director of energy and capital projects, walked through how the retailer has become the nation's largest corporate solar panel owner, and how other companies can get started. 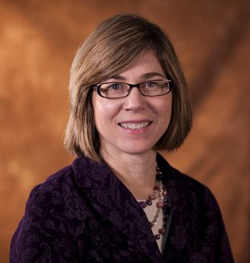 She started by saying that, at Kohl's like at many companies, news about sustainability and energy projects hits the wires, the CEO sees it and a little while later she gets and email asking "how can we do what Company X is doing?"

That, it turns out, is a difficult question. "You just don't start your energy program with a fuel cell installation or a solar system," Emerson said, even though those are the kinds of projects that do tend to get media notice. Instead, you have to start small, and Emerson made it her goal, during her One Great Idea presentation this morning, to help people understand those steps.

The first step is just to start, and usually to start small. An energy audit, learning how much energy your company uses, and where, is a great place to begin, because that gives you a push toward energy efficiency, which saves money, and which further fuels the appetite for more green, energy-saving projects.

After getting the energy use data from its 1,100-plus stores, then you can figure out where improvements are possible, and you start measuring the results from those programs. Lighting retrofits and building energy management systems are just two options out of many that companies can use to make a dent in their energy bill.

With one round of results logged, then it's possible to continue the process, setting ever higher and ever broader goals for improvements. And once you're confident in your data (and ready to compare it to the world), there are ways to see just how green you are.

Kohl's has been using the Energy Star Portfolio Manager from the EPA, a database that allows them to track how they're doing on energy efficiency from a scale of 1 to 100.

"[The portfolio manager] gives you an idea of where you stand with your peers," Emerson said. "It also shows where you can make improvements."

So far, Emerson said Kohl's is averaging a score of 77, well above average.

"We think we're doing pretty good," Emerson said," but our goal is to continue to improve that so we have almost 700 stores that we've earned this Energy Star label. We have our plaque on the door that says we're Energy Star labeled, and we're very proud of that."

Winning those awards and kudos are also a way to keep momentum going. Everyone in the company benefits from being seen as a leader, and Emerson said that for the heads of the finance and legal teams it can make it easier for them to sign off on bigger project, like renewable energy systems.

Kohl's has now installed 121 solar arrays on its stores, generating more than 30 megawatts of energy -- the company is the "largest solar host in the U.S.," Emerson said. But going down that road was the last step, after many, many steps of energy efficiency projects.

The solar investments are actually a cost-saving tool for Kohl's, in part because the company is very strategic about where it installs the systems. They look primarily for where there are strong renewable energy incentives on the books, as well as where investing in solar would get them cheaper power than buying from utilities.

Kohl's now has stores in nine states with solar, and Emerson said the company is also starting to put wind turbines on some stores. Although wind energy isn't nearly as productive for Kohl's as solar, she said it is a visual statement of support, letting their customers know that they're strongly in support of renewable energy.

In closing, Emerson summed up the path Kohl's has taken to become green energy leaders:

1. Commit to reducing your energy use and reducing your carbon footprint;
2. Focus in on one area to start with, maybe look at doing an energy audit or doing a lighting upgrade;
3. Make sure you're measuring your results.

"Then, hopefully, at the end of the day you're the one making those great headlines about the projects you're doing, and someone else's CEO has sent the email asking 'How can we do this?'"