For years, companies have been under pressure to tackle deforestation in their supply chains, with palm oil a particularly high profile and seemingly intractable problem.

Global production of the commodity has increased steadily over the past five decades to more than 70 million metric tons a year at present. Escalating corporate demand has resulted in wide-scale deforestation, particularly in Southeast Asia and Central and Western Africa where forests have been cut or burned down to make space for palm tree plantations, leading to increased carbon emissions, habitat loss for many species of animals and plants, and often the displacement of indigenous communities.

As such, palm oil has become a bete noir for environmental campaigners around the world, serving as the target for numerous anti-deforestation campaigns that have drawn a link between forest destruction and the chocolate, biscuits, shampoos and myriad other consumer goods that contain the commodity. In 2010, many of the world's biggest companies responded to this mounting pressure with a commitment to "end deforestation by 2020" under the Consumer Goods Forum and ensure responsible sourcing of palm oil and other commodities used in their products. But this commitment was not met.

That is not to say no progress has been made. Many leading companies have pledged to source palm oil certified by the Roundtable on Sustainable Palm Oil (RSPO), an industry-backed initiative designed to ensure palm oil is cultivated in line with environmental and labor standards and is not sourced from areas where forests have been newly cleared. But while certification schemes have helped businesses get a better handle on their supply chains, such schemes have been subject to criticism for failing to fully prevent deforestation and land grabs and for neglecting to take into account an area's full deforestation history.

No matter how sophisticated certification schemes get, some critics fear it is near impossible to stop commodities from illegal or environmentally destructive plantations entering the supply chain. Overall, despite increasing corporate commitments over the past decade, research suggests the rate of commodity-driven deforestation has not declined.

As such, food giant Mars made headlines last year by announcing it had managed to source a supply of palm oil completely free of deforestation. Alastair Child, chief sustainability officer at Mars Wrigley, said the company's goal for all its raw materials is the same — to ensure they are sourced in a sustainable manner. But it approaches each material separately because each has substantially different risks based on the size, geography and complexity of the supply chain. Child describes the palm oil supply chain as extremely complex with a large number of suppliers and steps in the process from growing to buying and processing.

While Mars has continued working with the Consumer Goods Forum on many commodities — its CEO Grant Reid chairs the forum's deforestation pillar — the company decided to develop its own approach specifically on palm oil.

Child explains why the company's previous pledges to tackle palm-linked deforestation, including one made in 2014, had faltered: "We have realized that, with the complexity of the palm oil supply chain, to get the level of transparency and management control that we need a radical simplification was necessary. We have also realized that, whilst action on individual supply chains is important, we need to drive sector-wide action by setting expectations of suppliers across their entire operations and partnering with multiple stakeholders in landscape-level projects."

The company published a Palm Positive Plan in 2019, which this time committed it to simplifying and verifying its supply chain, as well as collaborating with partners on the ground and calling for action to tackle deforestation beyond its own direct supply chain in an approach that mirrors that of the Consumer Goods Forum's recently launched Forest Positive Coalition.

A key commitment in Mars' new plan was to slash the number of palm oil mills that it sources from, from 1,500 to fewer than 100 by 2021, a goal the company said it achieved ahead of schedule last year. The names of these mills — all in South America and Asia Pacific — are public and all produce oil certified by the RSPO. Child said the company sees RSPO certification as an important tool as part of its broader approach.

"As a small user of palm, we have less control over the situation, which is why we focused on simplifying our own supply chain by reducing our suppliers," Child said. "The process has focused on awarding longer term contracts to suppliers who can commit to Mars' environmental, social and ethical expectations, and driving positive improvements throughout their extended supply chains."

The palm oil supply chain is extremely complex with a large number of suppliers and steps in the process from growing to buying and processing.

The most successful example of this simplification is in Mars' Asia-Pacific group of businesses, where one mill replaced 780. Much of the palm oil in the region comes from UniFuji — a partnership between United Plantations and Fuji Oil — through what Mars calls a "1:1:1 model." This means palm is grown on just one plantation and processed through one mill and one refinery before it reaches Mars.

Mars is seeking to reduce the number of mills it sources from globally to below 50 by 2022 — a goal Child said the company is "on the path" to achieving.

The next step is ensuring that suppliers comply with Mars' own deforestation policy. This requires all palm oil to come only from legal sources, and not to have been planted on land in areas of high conservation value, high carbon stock forest, or on peat lands regardless of their depth. There also should have been no burning to clear land for new developments or to re-plant existing developments.

Child said the deforestation-free commitment applies to all Mars' existing sourcing models so all palm oil within its supply chain is in scope. "The mills we are sourcing from are well established," he explained. "If suppliers were developing land, they would follow the High Carbon Stock Approach which only allows development after a thorough peer-reviewed assessment."

In line with the RSPO standard, the timeframe for land use change in Mars' direct supply chain dates back to November 2005, but the company is also including land use change from its simplified supply chain looking back 20 years in line with guidance it helped develop with consultancy Quantis. "We're not being binary on the carbon impact based on our self-declaration of zero deforestation," Child said. "It's based on the actual 20-year history — tracked by satellite — of the plantations we source from, enabled by our simplified supply chain."

The company is using a combination of satellite mapping to monitor land-use and third-party validation by not-for-profit AidEnvironment — rebranded as Earth Equaliser — to verify that these commitments are being kept across its whole palm supply chain. "While others also have satellite mapping, our simplified supply chain allows us to quickly manage and respond to any issues," Child said. "For example, we receive reports every month from our satellite mapping of mills and surrounding areas. If there is any forest clearance identified in our supply chain we suspend sourcing and investigate."

He said that when Mars first started monitoring it did discover a few instances of deforestation activities. "In some instances, we have seen improvements with the supplier and were able to keep them as part of our supply chain," he explained. "In others, where there were no improvements to their practices, we removed them from our supply chain. This is the benefit of simplification. We know exactly what is in our supply chain, we can quickly identify risks, and we are far more agile in implementing needed remediation measures."

Mars is also keen to share what it has learned so that other companies can benefit. Through the Consumer Goods Forum palm oil working group and the Forest Positive Coalition, it has been working with monitoring providers, peers and palm traders to showcase best practices on monitoring requirements and response frameworks for non-compliance. "The merits of sharing learning is we bring consistency in message and action with respect to deforestation non-compliance," Child said. "This in turn enables an efficiency for palm producers and palm buyers to work from the same objective evidence and approach."

Palm oil-related deforestation remains a hugely complex environmental problem, but when it comes to supply chain management, Mars appears to have demonstrated the merits of keeping things as simple as possible. 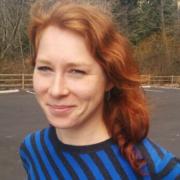 How DSM is embracing the Sustainable Development Goals

See all by Isabella Kaminski