Voyager Ventures last week announced a $100 million fund focused on early-stage climate tech companies. The size alone is impressive for an inaugural fund, and its backing includes many big names in tech and investing.

In a quickly saturating climate investing field, what is equally notable about the San Francisco-based fund is the expert knowledge that managing partners Sierra Peterson and Sarah Sclarsic bring from founding and funding climate tech companies to the climate policy space. (More on that in a moment.)

The fund is supported by a suite of investors and partners across the corporate, climate tech and environmental worlds. This includes past or present CEOs of General Electric, Lyft and Shopify, as well as Lowercarbon Capital’s Chris Sacca. The Nature Conservancy has also joined as an investor and partner, bringing its scientific rigor to the fund.

The portfolio to date has five companies across the United States and Europe. This includes gigElev, the San Francisco-based mobility company working to transform electric vehicles into mobile power plants. gigElev is led by the previous CEO and co-founder of the acquired battery company WattLearn, Matineh Eybpoosh.

The portfolio also includes Remora, which is reducing logistics emissions from long-haul trucking and recently partnered with Shopify’s Sustainability Fund to support its carbon removal commitments. Voyager Ventures' other announced investments are Ento Labs (which brings artificial intelligence to energy efficiency), a carbon-negative nickel production company and a novel protein company. The names of the latter two companies have not yet been disclosed.

It can feel like a new climate fund is announced weekly. The billions of dollars being poured into climate tech means that many funds successfully launch and raise without much specific expertise. And climate venture capital (VC) is unfortunately following in the footsteps of the overall VC world, where only 15 percent of general partners at firms are women.

I spoke with Peterson and Sclarsic to learn about their topic expertise, what’s different in their approach and where they are going next.

What was the process for choosing their particular strategy for climate tech investing?

Given Peterson and Sclarsic’s combined 28 years of domain expertise in climate tech, from advanced academic work at MIT and Harvard to investing directly in climate tech companies, they told me they believe they can move with conviction at the earliest stages and back founders that are building the next set of billion-dollar businesses in decarbonization.

Their interest in early-stage companies comes from the leverage they see not only commercially, but also from the potential climate impact of accelerating the work of those companies. Peterson and Sclarsic said they believe speeding up that work by even two years can have large impacts on drawing down atmospheric carbon stocks.

While many VCs are focused on software, Sclarsic acknowledges that "software solutions alone will not be sufficient to meet the decarbonization needs of the entire economy." The Voyager Ventures fund focuses on deep tech and digital solutions with a goal of sequestering and averting 500 million metric tons of carbon dioxide equivalent.

Climate tech is not its own niche sector. Climate tech is really a term to describe the need to decarbonize across every sector of the economy, and across all economic activity.

The fund’s focus is on companies that can be foundational to systemic decarbonization across mobility, energy, materials, food, the built environment, analytics, industrial systems and carbon removal, according to Peterson and Sclarsic.

With climate tech innovation and investing moving so quickly, is there anything they see as veering off the track? Where do they see their role in course correction?

Drawing on Peterson’s background in helping to create the European Union carbon emissions trading scheme, the Voyager Ventures team is thoughtful about the amount of attention going towards low-cost carbon offsets and carbon market design.

They said they do not see many low-cost offsets creating the climate impact they are marketed as having. As Peterson noted, they see a "need to address this fast and well … in order to create a carbon market at the global scale with the impacts market participants are looking for."

Peterson personally invested in Sylvera, the satellite and Lidar-based carbon offset accountability company. Sylvera recently closed a $32 million Series A round and was highlighted in this piece about carbon offset consumer reports.

This investment and other factors inspired Peterson’s and Sclarsic’s version of double bottom line, which they said guides their investments. One part is the carbon reduction potential, and the other part is the multiple climate and environmental impacts that can be co-created, such as crop productivity and resiliency. Peterson and Sclarsic said they are encouraged that their partners and network are also seeking to create multiple impacts for climate and the environment.

How are they thinking about climate justice?

Just as they are thinking about the overall life-cycle emissions profile of potential investments, Peterson and Sclarsic said social impact and benefits are important pieces of their investment decisions, although they did not share specifics on how.

As previous founders and startup advisers, they see their operating experience as a lens to their approach to social impact. They bring their knowledge of how climate companies operate — Peterson has previous experience with an energy access and retrofit company — to their investment decisions.

What else are they thinking about?

Peterson and Sclarsic said their upcoming work with the fund includes an effort to deepen their investment relationships and work with startups in Europe. The wider climate tech community is beginning to recognize the investment opportunity in Europe, and they are looking forward to building the Voyager presence there. Europe is the second biggest climate tech investing geography after the U.S. and has been quickly growing, especially around mobility investments.

"Climate tech is not its own niche sector. Climate tech is really a term to describe the need to decarbonize across every sector of the economy, and across all economic activity," Sclarsic said.

And looking towards the wider industry, Sclarsic noted the need for decarbonization in the entire economy "is increasingly becoming clear, even as companies look to protect their supply chains from volatility and things like weather. The urgent necessity, both morally, but also the clear business imperative is to address the reality that we are all facing [with climate change]. The companies that recognize that early, get ahead of that and plan for how do we have a better, more resilient, decarbonized, sustainable business are going to be the ones that win in their respective industries." 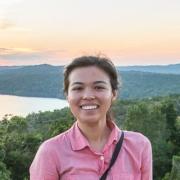 How Danone, Kashi and Land O'Lakes are backing sustainable farming

See all by Maki Tazawa