Inside the Walmart-Target products summit

Over the last 12 months, there has been impressive movement to increase ingredient transparency and replace a number of chemicals of concern in consumer products.

Walmart announced a “Sustainable Chemistry Policy” and a list of around 10 priority chemicals; Target launched a Sustainable Product Standard; and P&G, Johnson and Johnson, and Avon all announced phase-outs of chemicals including triclosan, diethyl phthalate, and formaldehyde-releasing compounds.

Nonetheless, these initiatives have been discrete, often focused chemical by chemical, and limited in their capability to promote innovation among chemical suppliers. We have not seen the kind of broader, industry-wide innovation that would truly move us towards inherently safer, more sustainable products.

That’s why this past week was such an interesting new milestone – and a new motivator for action – as Walmart and Target came together in Chicago to foster a conversation about sustainable products and supply chain transparency. It was dubbed the Beauty and Personal Care Products Sustainability Summit.  (The event was conducted under the Chatham House Rule, meaning that I won't be able to mention the companies that were present, or who said what.)

This event was kind of big news on its own. Walmart and Target have never before worked together to motivate their suppliers — the national brands, and in turn their suppliers, the chemical companies — to be more transparent about chemicals in their products. The two retail giants were able to jointly convene the entire supply chain for personal care products, including several other large retailers, most of the top consumer packaged goods brands, the leading green brands, major chemical suppliers, and several fragrance suppliers.

Forum for the Future, which moderated the day, conducted interviews and a survey before the event. In the survey, industry representatives ranked the issues of greatest concern to the industry as: first, the impact of chemicals (on health & environment); second, transparency; third, waste and disposal of products; fourth, packaging; and finally, consumer behavior.

When asked the “one thing” most likely to improve the sustainability of the industry, participants responded: first, transparency, next, common measurements, and last, consumer education.

A panel made up of merchants — the people who decide what goes on retail shelves — then made clear that consumers are demanding more sustainable products, they are more informed than ever before, and their expectations are higher. As one merchant noted, “The customer is ahead of us. And we are playing whack-a-mole. This is not a way to lead.”

Another merchant added, “Customers should not have to choose between a sustainable and a good product.”

So that’s the good news. The people in industry closest to consumers recognize the need for alignment on sustainability standards, information sharing, and increasing the selection of high quality, affordable, and sustainable products.

Of course, not everyone in the room was aligned on moving forward on transparency and new product development. I heard an earful from one chemical supplier who asserted that consumers don’t care about these issues, and don’t want to know ingredients. Moreover, this person asserted, nobody has died from using personal care products. Plus, if companies are forced to disclose their ingredients their intellectual property will be stolen, they will likely go out of business, and U.S. jobs will disappear.

I also heard what I considered legitimate intellectual property concerns from some companies about disclosing their full formulations. These companies feared formulation disclosure might be used by their competitors or even by the retailers themselves for their private label products.

Several of the national brands asserted that the industry is already well regulated, they have spent millions on safety testing, their products are safe, they don’t need greater transparency, and the real problem is NGO scare campaigns, consumer misunderstandings, and sometimes mis-use of their products.

Interestingly, merchants from several of the retailers were the most consistent voices reiterating that consumers are concerned, they want to know more, and they don’t trust industry to regulate itself.

Several “areas of action” were identified for in-depth discussion during the day. A “Consumer Behavior” group focused on:

[There was also a track on packaging, however, I was not able to participate in those conversations.]

Break-out groups were tasked with developing areas for action. One NGO representative joked to me that most of the proposals were behind where Target and Walmart are already at. But three ideas I thought were promising were discussions around:

The summit was clearly just the start of a longer process. It’s goal was to map the supply chain, build trust, and begin a dialogue. As one representative from a brand said, “We’ve been working with individual retailers for many years…I think this might be the end of that era.”

In this regard, it was exciting to see key actors across the supply chain come together to discuss information sharing and innovation toward more sustainable products.

The big question is whether retailers can align their initiatives and energies to motivate action and overcome the barriers and concerns of certain actors in the supply chain. Can they coordinate around a standard set of evaluative criteria (which has proven very difficult), a core set of sustainability and health data to collect (much more doable), and a common list of chemicals for replacement (which is key for aligning the market)?

And, ultimately: Can they create incentives for innovation so companies down the supply chain invest in the development of alternative chemicals and safer products? 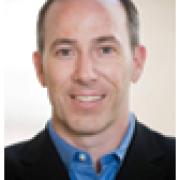 How Target Can Leapfrog Walmart on Sustainable Products

See all by Dara ORourke