Adapted from a speech to the 2017 Global Insurance Forum last month in London.

Today, I want to talk about two topics. First, and this is likely what you’d expect to hear from me, I want to discuss nature-based solutions: How can we invest in nature, our best and biggest asset, to boost resilience to severe weather and other climate impacts — and protect nature at the same time?

Second, and in my view, this is likely even more important — I want to talk about the need for bold leadership. What I’ve learned in my time at the Nature Conservancy is that business-oriented and market-based strategies like the ones I’ll be discussing today only take us so far.

What we also need are more business leaders to step up, think big and follow their moral compass. We’ll talk a little bit about what that looks like in the insurance industry and how it can make a very positive difference, both for your business and the planet.

Very briefly, I want to tell you a little a bit more about who I am so you’ll know where I’m coming from. I wasn’t always an environmentalist. My background is on Wall Street, where I spent 24 years as an investment banker for Goldman Sachs.

At the time, I was living in New York City with my wife, Amy, and our four kids. Amy and I are both city people, but we wanted to start exposing our family to nature beyond the soccer field and swimming pool. We took family vacations to nature preserves and parks. The more time I spent in nature and learning about nature — the more I wanted to protect it.

As I was rising through the ranks at Goldman, I saw — and continue to believe — that business could be a powerful force for good and could materially help address some of the big challenges society faces.

How can we invest in nature, our best and biggest asset, to boost resilience to severe weather and other climate impacts?

I eventually went on to lead the firm’s first environmental effort — and one of the first in the entire financial industry. My job was to look for win-win opportunities where businesses could improve both their bottom lines and the environment’s. I didn’t have to look very far because I discovered these kinds of win-win opportunities existed almost everywhere I looked.

Finally, I decided I want to do this full time. When I heard that the Nature Conservancy was looking for a new CEO, I threw my hat in the ring. And lo and behold, after nearly a quarter-century on Wall Street, I got the job. It was the happiest day in my career.

So that’s me. I also want to briefly introduce you to the Nature Conservancy, TNC for short, and explain what role a conservation organization can play in the insurance space.

For 65 years, TNC has been known as a pragmatic, nonpartisan organization that brings diverse groups together to advance conservation progress. That approach allowed us to become the largest conservation organization in the world. We have some 4,000 staff members pursuing conservation in 50 states in the U.S. and 72 countries around the world.

We started as a U.S.-based land trust — buying land to protect it. But as threats to nature became more complex, we realized this strategy would only take us so far. So we took on new challenges, like marine, freshwater, urban conservation and climate change. And we started using new tools — economics and social science, impact investing, influencing and guiding business practices. And we chose to become a truly global organization as we saw many important conservation opportunities outside the U.S.

In short, TNC reminds me of an investment bank — but one whose client is nature itself.

The case for nature

Let’s start with my first point — that saving nature is the smartest investment we can make.

At TNC, we’re working with businesses, governments and communities to demonstrate that investing in nature can benefit both the environment and the economy.

For example, we’ve found that planting a new forest can be a cost-effective strategy for businesses to comply with air quality requirements. Or, investing in watershed conservation upstream can improve water quality and reduce treatment costs for beverage companies and utilities. Or, improving natural infrastructure like rain gardens, porous pavement and artificial wetlands can help cities address stormwater runoff — a leading cause of water pollution.

These natural solutions can be great investments. Often, they work just as well as — or even better than — traditional man made infrastructure. They’re cost-effective. And they deliver important co-benefits — habitat for plants and animals, green space in underserved neighborhoods and opportunities for recreation and tourism.

Let me break this idea down by focusing on a big area of interest to all of you: coastal resilience. First, let’s look at nature’s effectiveness in protecting coastal communities from floods, storms and other climate impacts.

You may not all fully realize that coral reefs, coastal marshes and mangroves, and oyster reefs act as natural seawalls. It turns out these natural assets are very good at breaking waves and absorbing storm surge. A healthy coral reef can absorb on the order of 97 percent of wave energy.

In other words, when water passes over a reef, the highest corals create friction. That friction reduces the wave’s force — that’s the wave’s ability to cause damage and erosion onshore. You can think of the reef as a natural breakwater. If the planet’s reefs lose just 1 meter of height, we can expect about twice the damage onshore.

To point to another example, just 100 meters of mangroves can reduce wave height by as much as 67 percent — while the roots, trunks and canopy reduce the force of oncoming wind and waves and reduce flooding.

So, we know how much risk we can reduce with nature. But from there, we also need to know if these strategies are cost-effective. Does restoring and maintaining natural infrastructure cost less than building a sea wall or a levee, or putting a house on stilts? Most of the time the answer is "yes" — either for green infrastructure alone of for a blend of "green and gray."

Let’s go back to that study I just mentioned on coral reefs and wave energy. Of course, concrete breakwaters can do a similar job protecting shorelines from storm impacts. But researchers found that for 29 projects surveyed, the median cost of breakwater construction was some 15 times higher than reef restoration. What’s more, man-made infrastructure only depreciates in value over time — green infrastructure appreciates in value. A living coral reef has the potential to repair and maintain itself.

So we know that green infrastructure works. And it’s cost effective. But there’s one more key point I want to make: investing in nature doesn’t just reduce risk — it adds value, too.

That’s a big number. And it’s noteworthy given how degraded the wetlands are along the eastern seaboard. We learned that just a little bit of sparse and small wetland vegetation can slow storm surge like an absorbing sponge. Just imagine how much more protection we could achieve by bringing back those wetlands to full health. 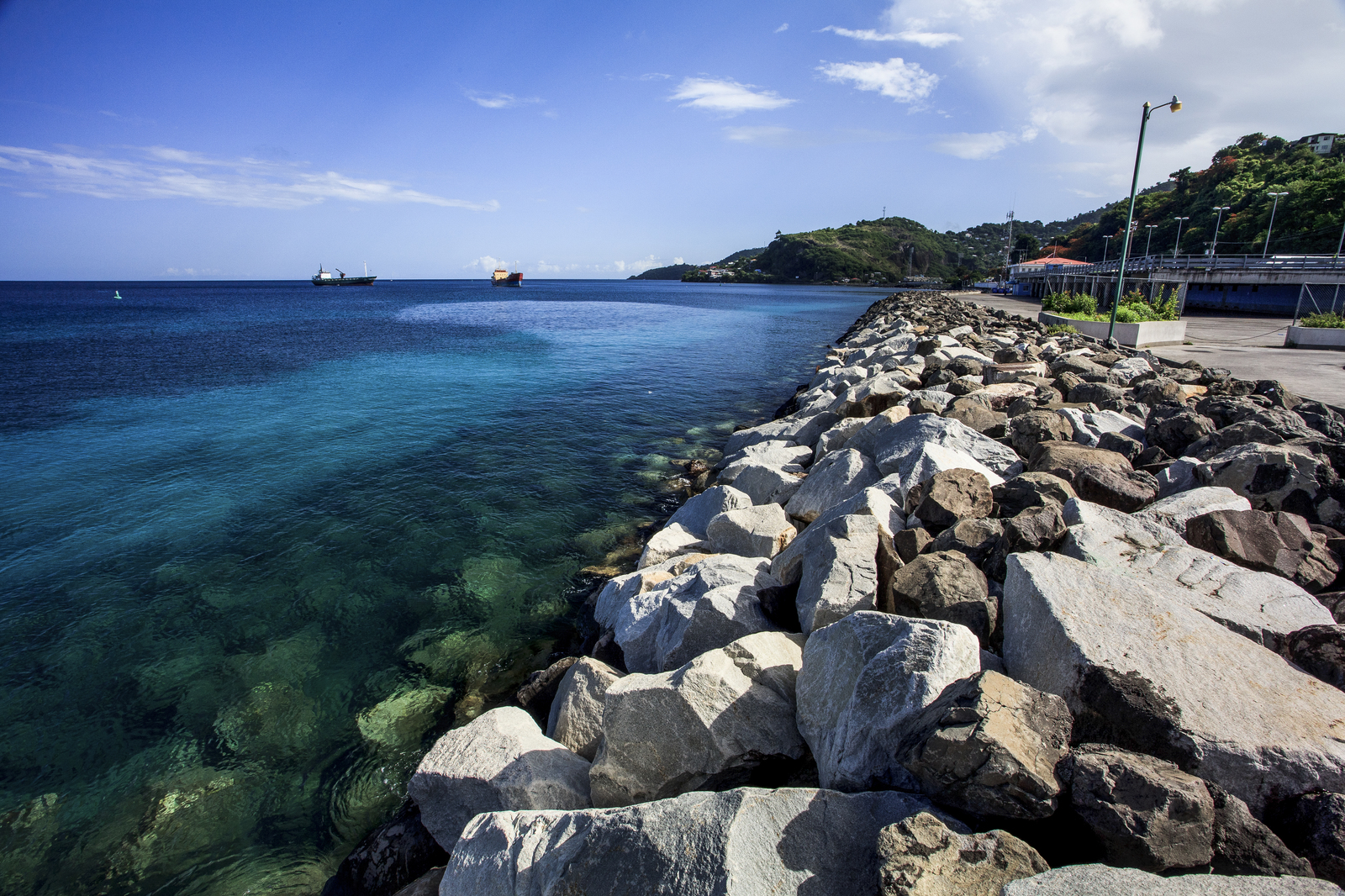 Why nature matters to the insurance industry

I’m sure these numbers aren’t a shock to you. And you’re probably not surprised, and may already know, that natural disaster is costing us $300 billion per year, and that climate change is displacing 68,000 people every single day.

But you may be surprised to learn what TNC brings to the table — what our science tells us about these losses and other opportunity costs for businesses and communities in coastal regions. And what perspective we can offer on new emerging markets for insurance structures that rely on natural solutions as a critical force in building resilience.

By way of example, let’s take a look at Cancun, Mexico. What if we could assign a dollar value to the protections provided by coral reefs for a stretch of hotels and restaurants in this tourist destination? And what if we tell those same hotels and restaurants what it would cost them in additional damages from a big storm event if their coral reef degrades and stops providing adequate protection?

We now have the data to answers these questions. We know that damages onshore triple with a one-meter loss of coral reef — which is the typical reef loss during a hurricane in Puerto Morelos, Mexico.

We’re getting better and smarter about collecting this kind of data. But we also need to get better at how we communicate just how powerful and protective the reef can be to the resilience of these economies.

Time is not on our side — indeed, I think we’re in the race of our lives. At TNC, we know that nature is a big part of the solution to reducing the growing risks posed by climate change and weather patterns. Coral reefs everywhere are under threat from ocean warming, acidification from climate change, overfishing, pollution and more.

At TNC, our marine scientists have developed protocols for "reef first responders" to quickly restore and manage damaged reefs, using man-made structures, like gabion baskets and geotubes, that are proven to integrate into the natural reef ecosystem over time.

There’s a cost to that science and there’s a cost to implementing it. The payout from a parametric policy would reduce the amount of time a reef is left damaged — and a coastline left unprotected. Instead, the policy holder would have the funds necessary to quickly activate a team to restore the reef.

Think about it. The reef is owned by the government, but the hotels are benefiting from the service of the reef. Is there a buyer for this coverage — as storms, floods and erosion continue to threaten coastal tourism economies worldwide?

TNC scientists recently analyzed all coral reef-based economies around the world and mapped those communities by tourism revenue, from $1 million to $40 million per square kilometer.

We think the answer is yes — and we are close to showing there are buyers for such policies. Indeed, when we look at the bigger-picture opportunity, we think that tourism-dependent coastal economies all around the world that rely on such coral reef protection can be a market for this product and approach.

TNC scientists recently analyzed all coral reef-based economies around the world and mapped those communities by tourism revenue, from $1 million to $40 million per square kilometer. Then we identified the countries receiving the most protection from coral reefs. When you overlay these two maps, you get a good sense of the full market opportunity and the geographies to target for this type of product.

These new types of products could build resilience for people and economies, help close the protection gap, grow markets and investment opportunities for the industry — and help protect and restore nature. 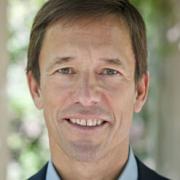