Intel has declared for the first time that the minerals used in its microprocessor silicon and packages have not been sourced from conflict zones, making it one of the first IT companies to publicly announce that it can offer "conflict free" products.

Brian Krzanich, chief executive of the IT components giant, used his keynote address at the Consumer Electronics Show in Las Vegas on Tuesday to reveal the company had reached "a critical milestone" with its strategy to ensure its raw materials are sourced from suppliers that meet humanitarian and environmental standards.

He said that the minerals used in microprocessor silicon and packages manufactured in Intel's factories had been declared "conflict free" following a process of third-party audits and "direct validation" from Intel's supply chain managers.

"Two years ago, I told several colleagues that we needed a hard goal, a commitment to reasonably conclude that the metals used in our microprocessors are conflict-free," Krzanich said. "We felt an obligation to implement changes in our supply chain to ensure that our business and our products were not inadvertently funding human atrocities in the Democratic Republic of the Congo."

He added that the auditing process would continue, as the company attempts to ensure the industry's complex supply chains do not mean that it inadvertently starts sourcing "conflict minerals" again. "Even though we have reached this milestone, it is just a start," he said. "We will continue our audits and resolve issues that are found."

Changes in the electronics industry

The electronics industry long has been a target of human rights and environmental campaigners. Leading manufacturers have been accused of sourcing gold, tantalum, tin, tungsten and other minerals from mines and smelters in the Democratic Republic of Congo (DRC) that are known to help fund militia groups and fail to adhere to even basic environmental and labor standards. 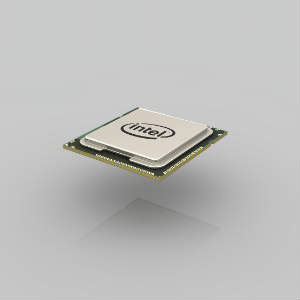 Growing numbers of IT firms are working to take action to reduce their reliance on these so-called "conflict minerals," under pressure from new regulations requiring them to report on whether they source raw materials from conflict zones.

Intel said that it had decided not to introduce a moratorium on all minerals from the DRC, as such an approach could serve to further undermine the country's economy. "A simple ban on minerals from DRC was not the answer, since it would deprive Congolese people of one of their few sources of income," the company said on its website. "Instead, Intel developed and implemented systems and processes to ensure the gold, tantalum, tin and tungsten used in our products are not inadvertently supporting conflict in the DRC."

The new system has seen representatives from the company visit more than 70 smelters in 20 countries to help advise suppliers on how to ensure they are not sourcing minerals from mines linked to conflict, and also encourage them to join the industry-backed Conflict Free Smelter Program and other independent third-party smelter validation audits.

Krzanich urged other electronics companies to sign up to similar third-party initiatives, and urged related industries that also rely on minerals from the DRC, such as the jewelry, automotive and medical instrumentation sectors, to develop their own "conflict free" strategies.

Environmental issues and technologies once again have been at the forefront of this year's CES, with Krzanich also using his keynote address to highlight emerging innovations in wearable technologies, wireless charging and so-called "Internet of Things" smart technologies, all of which are often used to enhance energy and resource efficiency and curb greenhouse gas emissions.

This story originally appeared at BusinessGreen.com. Circuit board photo by marpan via Shutterstock.

Al Gore: Climate action is 'bound together' with racial equality and liberation

7 key priorities for a green and resilient recovery