Bike-sharing initiatives are gaining traction as reasonable, environmentally friendly alternatives for getting around cities. Exhibit A: the U.S. fleet almost has doubled during 2013 to more than 18,000, according to the Earth Policy Institute.

Intel is one company exploring the viability of this idea as a corporate campus commuting option. The tech giant in June awarded one of its internal "Sustainability in Action" grants to an Oregon employee working with the Open Bike Initiative.

The grant program is just one facet of Intel's environmental engagement program. Last year, the company funded nine projects, including a water purification system in rural India and a vegetable garden at a children's home in Singapore.

Intel receives an annual average of 20 to 25 applications for the grant program, which runs from June to June each year. It usually funds about a half-dozen with anywhere from $10,000 to $40,000 per project, said Todd Brady, the company's corporate environmental manager. Over the last two years, the initiatives that have sprung up as a result have saved Intel about $200 million, added Intel's CSR communications coordinator, Linda Qian. 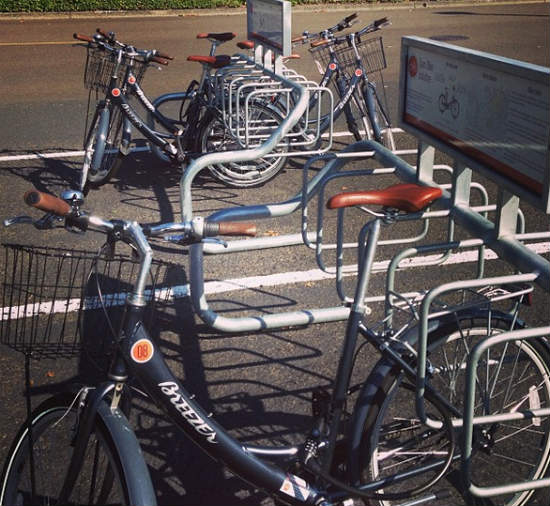 An 'open source' approach to bike-sharing

The bike-sharing grant in Oregon is supporting development of a smartphone application that makes it simpler for participants to unlock, check out and use bikes across the Intel campus in Hillsboro.

Right now, vans shuttle employees around or they can drive their own cars. The bikes give them another option: the furthest distance to pedal from building to building is about 3.5 miles.

The idea is that eventually, other bike-sharing programs might use the open source application. It works in conjunction with a "smart" locking module that can be attached to regular bicycles and controlled via the GPS and communications features on a smartphone. The program is currently pretty low-tech: when riders want to use a bike, the code for the lock is texted to them.

"If successful, the project could provide a template for a new bike sharing model that could be implemented (relatively) easily and (relatively) inexpensively, even by small organizations," writes the Open Bike Initiative on its Web site. "Most current bike sharing programs utilize expensive kiosks and costly custom bicycles and require services from a single vendor. … This project envisions a model that utilizes standard bikes with minor 'do it yourself' modifications and free software." 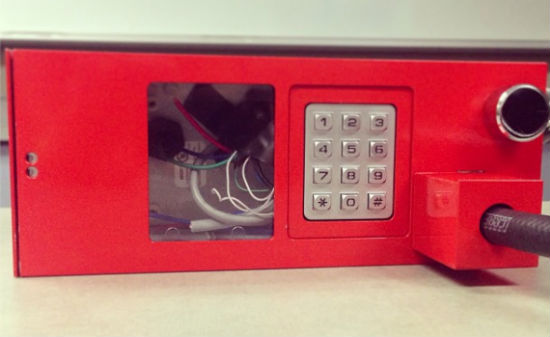 Only 30 bikes were involved in the pilot, but over the summer, the Intel employees in Hillsboro got so fired up about the bike idea that they participated in a Bike Commute Challenge against another local employer interested in sustainability and employee engagement, Nike.

Yes, it's the classic "Nerds vs. Jocks" scenario. The competition (which included other companies) ran during September. When I checked the tally as of Sept. 30, just before the competition was scheduled to end, Intel was ahead with 284 riders and 1,690 trips, compared with 256 riders and 1,440 trips for Nike.

From a civic perspective, approximately 18,000 bicycles are available as part of 34 ride-sharing programs in big cities including San Francisco, Chicago and New York, which supported the biggest such program as of August. Indeed, its program offers 6,000 bikes, almost one-third of the entire U.S. fleet. 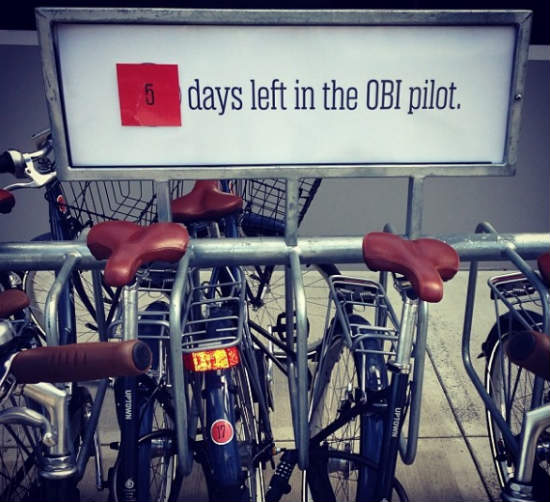 "With the number of new programs in the works and planned expansions of existing programs, the U.S. fleet is set to double again by the end of 2014, at which point, nearly 37,000 publicly shared bicycles will roll the streets," according to the Earth Policy Institute's data.

Cities outside the United States have been far more progressive at driving this concept.

In Wuhan, China, an estimated 90,000 shared bikes are available for its population of 9 million people; Hangzhou includes 69,750 within its mass transit system. In Paris, where the first large-scale program took shape starting in 2007, nearly 24,000 bikes are available to residents. According to the program organizers, they have supported more than 173 million trips since the launch.

To learn more about collaborative consumption and the convergence of sustainability and technology, be sure to check out VERGE SF Oct. 14-17.