<p>The tech giant gave a sneak peek from its R&amp;D labs, including projects to help city dwellers map air pollution and avoid hazards on their commute.</p>

By stirring up a mixture of open data, sensor networks and that smartphone in your pocket – along with a healthy dose of civic spirit – Intel has become the latest company to occupy the sustainable, smart cities space alongside IBM, Siemens and Cisco.

In Dublin and London, university scientists, city officials and residents are collaborating with Intel Labs researchers to use infrastructure and big data to detect and predict events affecting the well being of its residents and the local environment – including energy leaks, droughts and traffic jams.

And thanks to a group of volunteers that have installed air pollutant sensors near their homes, residents in Portland, Ore. can receive cues from their phone on a walking or jogging route to help minimize air pollutant and pollen exposure. 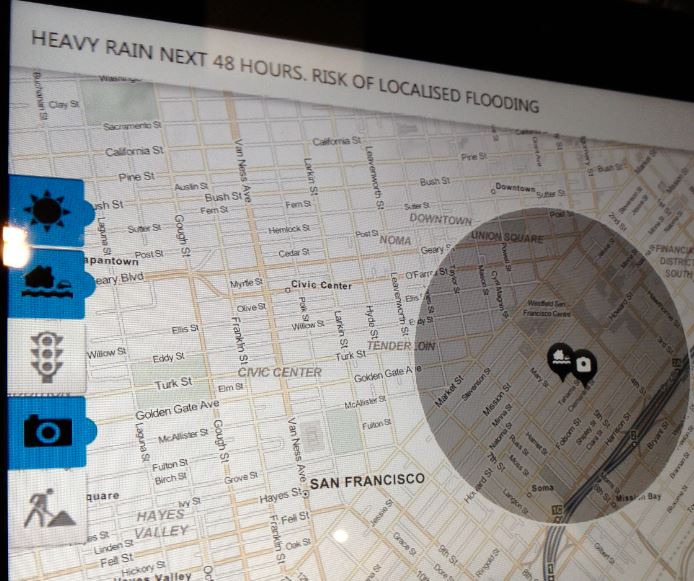 These were just two emerging projects that Intel’s R&D arm showcased Tuesday in San Francisco through a handful of demos and talks on topics including 21st-century robotics, smart vehicle safety and the privacy of big data. Research teams from Intel Labs in Beijing, Dublin and Portland represented the company’s network of researchers around the world.

“Everyone knows what a sustainable city needs, but the gap between theory and practice is huge,” said Jessica McCarthy, an Intel Labs Europe research scientist based outside Dublin. The Dublin Sustainable Connected Cities project she works on just launched three weeks ago, and is set to run for a three-month trial.

To demonstrate how the infrastructure works, Mark Kelly, a senior research scientist at Intel Labs Europe, pours water into a drain outfitted with a float sensor. As the sensor hits a threshold, it triggers an alarm on the city manager’s computer or mobile device showing the location of the flooded area. Next, blinking traffic signs are triggered in the area, warning motorists to avoid the hazard.

And by downloading the CityWatch app on their phone, residents can perform civic duties by reporting environmental ills such as idling buses, inefficient heating systems or water leaks through taking a photo and tagging its location for all users to see. While useful and innovative, the project overlaps with work being done by IBM and Cisco, along with civic improvement apps PublicStuff, CitySourced and SeeClickFix – already collaborating with municipalities. 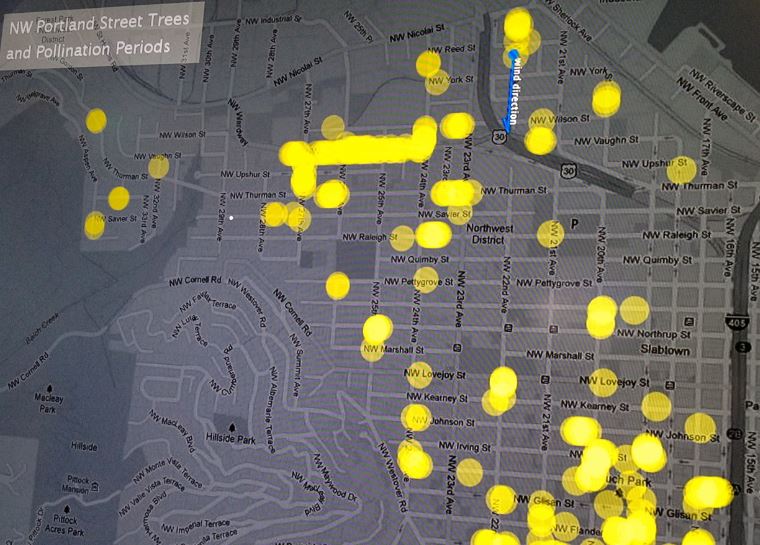 According to Kelly, Intel’s “quadruple helix” collaboration with four entities – universities, citizens, city government and industry – is unique. McCarthy says that residents help to design the program through community workshops. And the project uses gamification by enabling cities to rewards residents points for contributions – as well as the ability to subtract them for false claims, she says. Zip code-level regions can compete with each other by tracking scores on the CityWatch app, and residents can redeem points for prizes or other benefits.

Other cities developing their own sustainable connected cities project in conjunction with Intel include Beijing, Barcelona and San Jose, Calif., according to Charlie Sheridan, co-director of the Energy and Sustainbility program at Intel Labs Europe.

Thanks to a new project that pairs historical and real-time data on pollen releases and air pollutants, residents in the City of Roses just might be able to get out and enjoy those blooms using an open source platform primarily developed there by Intel Labs research scientist Adam Laskowitz.

Air quality always has been a concern for residents in North Portland due to its high concentration of industry. Intel Labs research scientist Richard Beckwith explained how the project works by showing the user a series of screens streaming pollen and air pollutant releases mapped across different areas of the city. Using open data from the city’s parks department, a user at home can bring up a species-specific map of trees in any part of Portland and view the breadth of pollen releases by species over time. 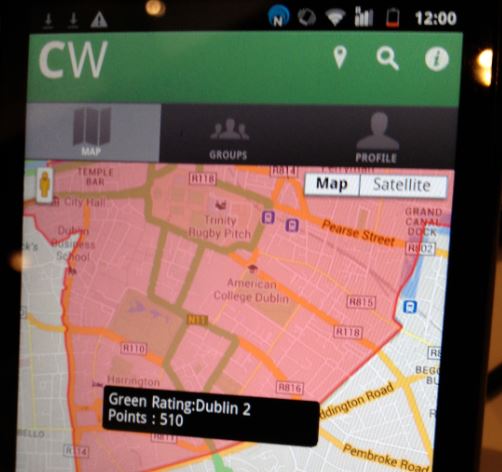 Those concerned about air pollutants can view real-time data collected at monitoring locations. Each monitor contains sensors that can detect the level of NO2, ozone, carbon monoxide, VOCs and PM 2.5, Beckwith says. Residents also can view a heat map representing the concentration of those pollutants.

Users who download the software onto their smartphone also can take along a “tour guide” of their desired route. The app brings in the mapped data to guide the user in the direction with the lowest air pollutant and pollen levels.

Beckwith demonstrated how the project works by asking the user to step on a raised platform that triggers the beginning of a simulated run. As the user progresses upon the route mapped to the pollutant and pollen data, the phone application prompts the user to change direction over a series of intervals to minimize exposure.

At the end of the route, the user is given an assessment of his or her exposure level.

Demonstrated in public for the first time Tuesday, the project was inspired by a Chicago woman with bad asthma who would change her walking route based on the air quality conditions, Beckwith said. “She would get her air quality data off the web, but since the EPA’s closest air monitor was five miles away, she couldn’t get the data she needed,” he said.