In 1989, as part of a new program, the Illinois EPA’s Office of Pollution Prevention placed a single student intern at an electroplating facility.

That student wrote a thorough report of pollution prevention (P2) recommendations. In 2004, one of the facility’s managers said that they were still using the report.

"Fifteen years later, they were still working through the list to implement one recommendation at a time," said Richard Reese, director of the IEPA intern program. "That’s remarkable. And it shows some of the long term value of the program."

Although many businesses and organizations want to become more sustainable, they often lack the time and money to implement specific projects. In many states around the country, intern programs are filling this demand by placing engineering and environmental science students at companies to conduct focused research on specific pollution prevention and energy efficiency projects.

Each intern selected for the program is required to attend a one-week training class, which covers topics such as: net zero waste; energy efficiency (lighting, boilers, HVAC, motors/VFDs and air compressor systems); water conservation; process mapping; and renewable energy. Once on the job, the intern must adhere to a work schedule, follow company policies and regulations, work with other staffers and prepare bi-weekly progress reports.

"The intern program allows students the first glimpse of how what they’ve been trained to do, to think and problem solve, applies to real world problems," Price said. "I often hear them say, ‘Oh, now I see!’"

Bruce Dvorak, director of the Partners in Pollution Prevention (P3) program of the University of Nebraska-Lincoln (UNL), gave numerous concrete examples of the ways that Nebraska businesses have benefitted from having dedicated student assistance with specific problems.

In one case, an ethanol plant traditionally had sent its waste sludge to a local landfill. The company had considered applying the sludge to farm fields but was concerned about running afoul of state environmental or agricultural laws.

A UNL intern helped the company sort through the legal, economic and environmental ramifications of the company’s waste disposal. By networking with both the state Department of Agriculture and the Department of Environmental Quality, the intern uncovered a simple solution. Bio-solid sludge qualified as wet distiller’s grain and could therefore be sold as animal feed. Recycling the sludge eliminated sending 9 million pounds of it to the landfill each year.

Intern programs also appear to have long-term positive impacts on students and for the companies that eventually employ them.

"The greatest impact of the P3 program is the potential contribution student interns will make as they join the workforce," Dvorak said.

Based on a series of studies conducted on his P3 Program as well as others, Dvorak suggests that students that have completed intensive intern programs are more likely to apply source reduction principles in their workplace and are more able to quantify the impact of implementation.

Interns have paid for themselves in every capacity.

Businesses realize significant savings by implementing recommendations. In 2011 and 2012 alone, the IEPA program helped facilities save over $1.9 million in operating and disposal costs. Through recommendations implemented between 1997 and 2014, the UNL P3 program saved businesses an estimated $21.8 million.

"Interns have paid for themselves in every capacity," said Chris Meyer, a plant manager at Eaton B-Line out of Troy, Illinois. "In what they implement while here, and also what they leave us with."

Last summer, a student intern at Eaton B-Line, which manufactures and supports wiring components, helped institute a program to separate outgoing waste. The program has allowed the company to reclaim oils that it can reuse rather than pay to have them disposed of.

“Interns also leave us with a tremendous amount of improvement ideas that we can implement over time," Meyer said. "They have helped reduce our carbon footprint and put us in a better position to be a better partner with both our environment and our community."

Dvorak estimated that the UNL P3 program saves each participating business about $90,000 per year.

"The standard deviation on that number is huge," Dvorak said. "About one-third to one-half of the recommendations that are implemented don’t have a measurable positive payback. But there are other indirect benefits, beyond cost, that motivate the company to implement changes."

Dvorak also notes that interns often provide more cost savings to businesses than studies have been able to show. When quantifying the impact of intern recommendations, he typically considers only those recommendations implemented in the first year or two after interns leave.

"We know it’s not uncommon for businesses to implement changes three or four or five years later," he said. "So in many cases intern recommendations continue to pay off years after the intern’s time at that organization ends."

In the case of the company that continued to implement changes 15 years after an intern’s departure, Reese said, "I think that facility is happy with their investment in that student." 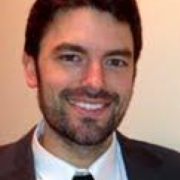 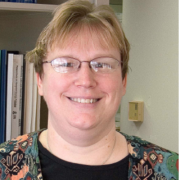 See all by Cyrus Philbrick