Conservation finance, by definition, involves risk. Land trust staff who practice conservation finance are well aware of its challenges, as well as its opportunities to generate new income streams that support land conservation projects or general operations. From voluntary surcharges to bridge loans to forest carbon credits, land trusts have a range of tools at their disposal that go beyond traditional easement and acquisition models. Yet land trust staff require the support of their often risk-averse board to bring these projects to fruition.

Land trust boards play an essential role in organizational governance, while also providing connections to funding sources and land conservation opportunities. Given their integral role, boards often have an interest in guiding their land trusts towards stable, long-term funding models. This means a land trust board may be conservative when considering a new conservation finance strategy.

"Tackling impact investing felt like a really big endeavor," said Melissa Campbell, executive director of the PCC Farmland Trust. The high cost of land in PCC’s operating region in Washington, particularly around Seattle, meant that the trust always had to be creative on raising money to protect land. PCC had previous experience with a range of debt tools, including its founding loan from PCC Community Markets, Northwest Farm Credit Services loans, private lenders and a loan from The Conservation Fund.

"In using these sources of debt across many projects, we realized there’s no one project that’s similar to another," said Campbell. "In order to optimize debt, we need to be able to tailor it to a specific property and need the debt to be below market. We couldn’t find that in the market."

From this need arose PCC’s Farmland Impact Note, launched in 2018. The seven-year note was offered to accredited investors who would receive 2 percent annual interest payments, secured by the full faith and credit of the land trust. The note aimed to provide liquid capital that PCC could deploy quickly to fit projects as they arose, which would be more efficient than tailoring separate debt agreements for each project.

In using these sources of debt across many projects, we realized there’s no one project that’s similar to another.

Feasibility discussions with PCC’s supporters revealed an enthusiasm for the idea because it gave them a new way to engage with PCC. While many supporters could give only a set amount philanthropically, PCC found some could provide more capital through a loan-type that promised returns.

"It’s great for people who are perhaps not ready for or interested in a six-figure gift, but can pull on a different pocket of funds," said Campbell. The minimum investment size was $50,000 for individuals and $100,000 for institutions. PCC’s initial offering of the note was fully subscribed, with 16 local individual investors and one institution.

In southeastern Colorado, Southern Plains Land Trust (SPLT) has a mission to create and protect a network of shortgrass prairie preserves.

"Operating in an underserved area results in a certain amount of scrappiness," said Nicole Rosmarino, SPLT’s executive director. "SPLT doesn’t have a lot of donors just waiting to give enormous gifts."

This ignited Rosmarino’s interest in using conservation finance to generate new revenue streams for the land trust, particularly carbon. In 2016 SPLT was selected by the Environmental Defense Fund (EDF) and the Climate Action Reserve (CAR) to be the pilot project for a grasslands carbon protocol then under development (learn more about the project in CFN’s Market Development Framework report). EDF acted as a project developer, also training Rosmarino to be a carbon project developer to continue the work beyond the pilot.

Today, SPLT has four projects registered with CAR and is close to adding a fifth. SPLT sells about 10,000 tons of carbon a year, asking at least $10/ton. Rosmarino thinks this price works well because of the many additional "charismatic" benefits SPLT provides beyond carbon sequestration.

"Buyers recognize that SPLT provides co-benefits with biodiversity protection work, restoring riparian areas, bringing visitors in, restoring bison on our lands and trying to reintroduce black-footed ferrets," said Rosmarino. Minus verification and registry fees, this results in about $80,000 of funding for SPLT per year.

"It’s important to do a slow progression and grow with corporate partners, so that you’re cultivating that relationship over time rather than swinging for the fences immediately," said Kay.

ACT’s first foray into corporate partnerships came from its participation in the annual Hogtown Craft Beer Festival. Each year, some proceeds from the event went to ACT. While this ongoing event raised about $7,000 to $10,000 a year for the trust, the key for ACT was leveraging the relationships it built through this event to fund further work.

In 2015, ACT worked with Swamp Head Brewery and Solar Impact, a regional installer for residential and commercial solar energy, to develop Tree Fest. ACT already had a relationship with Solar Impact, which was donating proceeds of every solar installation to ACT to support tree planting. Each year the daylong Tree Fest celebration donates five longleaf tree seedling for every beer drunk at the event.

The proceeds from the event have grown from $5,000 in the first year to about $22,000, or enough to plant about 100,000 trees. After the event, the trees are planted on one of ACT’s preserves. ACT invites the staff of corporate sponsors to join workdays where the seedlings are planted.

"Having the corporate outings and workdays is a huge benefit," said Kay. "That gives the staff time to interact and learn, and allows for new donor cultivation." Even though Tree Fest 2020 was postponed due to COVID-19 social distancing restrictions, ACT was able to retain the corporate sponsorships that were already pledged for the event.

"These companies want to see the trees planted either way," he said.

Lessons learned for board engagement

These projects represented a new way of doing business for their land trusts and required their boards’ approval. Based on their experiences, Campbell, Kay and Rosmarino recommend specific strategies for achieving board buy-in for conservation finance projects: cultivate board champions; build a strong sense of mission; prepare for difficult conversations; and demonstrate partner buy-in.

"Having board champions for your project is really important lesson learned," said Campbell. "They can draw on other experiences to say: ‘I know these folks raised this fund.’ They have context for how this happens in the real world."

As a precursor to exploring the Farmland Impact Note, PCC strategically recruited two board members with expertise in conservation finance. Campbell enlisted these two board members to help lead discussions on opportunities for land trusts in private capital at two of PCC’s annual board retreats, as well as bringing in outside conservation finance experts to present.

Campbell then recruited several of her board members to work alongside PCC staff in a four-month task force to right-size the structure of the note. Board members involved in the task force directly heard the support from community members for the note idea, further building their confidence in the idea.

Build a strong sense of mission

"Our board is very enthusiastic about making as much progress as we possibly can in protecting shortgrass prairie preserves," said Rosmarino. "If we didn’t use conservation finance, we would be doing a much less impactful job."

Additionally, in working in a region of Colorado where land often doesn’t change hands for generations, Rosmarino says her board understands the importance of acting quickly and knowing when to move on a project. Rosmarino’s board initially was excited when she pitched the idea for SPLT engaging in the grasslands carbon market, seeing a new revenue stream that gave it increased financial flexibility and ready funds for quickly pursuing new land acquisition opportunities when they arose.

"The opportunities [for land acquisition] are few and far between, and once lost they can be lost for a long time," said Rosmarino. "We’ve learned to consider the context [of a potential deal] very carefully."

"Debt and investment are heavy words to throw around," said Campbell. "It took us multiple years to educate ourselves and board to build their expertise and bring them along." Campbell shared resources with her board from attending CFN’s Conservation Finance Boot Camp, showing how other organizations use conservation finance. She also drew examples of similar work by other NGOs, such as The Nature Conservancy’s past Conservation Note offering, to show that the idea had been successfully implemented elsewhere.

In pitching a conservation finance project to the board, Rosmarino emphasized the importance of overpreparing. She teams up with a board member for the presentation and briefs that member on the issue in advance.

"Bring your enthusiasm to the board about your mission and goals. It may take three to four rounds of Q&A," said Rosmarino. "Be patient. Not all board members will be at the same starting place, and they will have different backgrounds and perspectives." Rosmarino also had some board members attend Land Trust Rally, focusing on the conference’s conservation finance track.

It’s important to do a slow progression and grow with corporate partners, so that you’re cultivating that relationship over time rather than swinging for the fences immediately.

Not shying away from difficult conversations around risk also was important, emphasized Campbell, so long as the board is allowed ample time to ask questions and dig into the issue. Working with a board member who had impact investing expertise, Campbell put together a description of conservation finance vehicles, from loans to private equity, that she considered with her board before settling on the note structure.

"We discussed with the board where risks might lie in each of these strategies, from the public perceptions challenges of an equity fund down to the brass tacks of a pooled loan guarantee and its risk to the trust balance sheet," said Campbell. These conversations unraveled the note’s seeming complexity, helping her board understand that the note was simply a new way for PCC to leverage debt.

One concern Kay occasionally faced from his board was that ACT could spend too much time and staff resources focused on events such as Tree Fest rather than core land protection work. Kay emphasized to his board that ACT was not responsible for managing Tree Fest or committing significant resources to the event.

Kay recommended focusing on how corporate partnerships and events can open the door to other opportunities. For example, ACT developed a relationship with the Arbor Day Foundation and state agencies through Tree Fest. Solar Impact and Swamp Head also did corporate outreach on ACT’s behalf to gain additional sponsors for Tree Fest, in addition to promoting the event to clients, landowners and investors.

"These were all companies ACT had, on our own, been unsuccessfully trying to get corporate sponsorship from for years," said Kay. Now, many corporate sponsors and individuals who supported Tree Fest are also direct donors to ACT.

Another common hurdle boards may perceive is the upfront cost of projects. While Rosmarino previously had explored grasslands carbon opportunities, the upfront costs of consultants to help SPLT with the work was prohibitive.

"Their interest in taking calculated risks doesn’t change the fact that, at their core, [our board members] are very frugal," said Rosmarino. SPLT’s exploration of carbon markets was on hold until Rosmarino saw the pilot announcement from CAR and EDF which covered project development and transaction costs.

Similarly, a foundation funded PCC’s first-year costs around developing the note. This demonstration of support had the added benefit of boosting the PCC board’s confidence in the project.

As the threats to land conservation accelerate, land trusts will need to pursue both tried-and-true and novel strategies to protect the land in their communities for future generations. These recommendations help to strip away some uncertainty a land trust board may feel in trying something new or uncertain, and spark ideas for how land trust staff can take initial steps toward conservation finance. 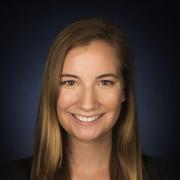 See all by Allegra Wrocklage