Investor Q&A: Why the Rockefeller Brothers Fund is divesting from fossil fuels

It might seem odd for a foundation built on oil to shift its money away from the industry — here's why it made financial sense to switch gears.

Rockefeller and oil go together like Starbucks and coffee.

So it took most people by surprise when the Rockefeller Brothers Fund (RBF) announced in September that it would divest from fossil fuels and invest in cleaner alternatives.

In a recent Q&A, Rockefeller Brothers Fund President Stephen Heintz explained what led to the decision, how the foundation is restructuring its investments and how he expects others to react. 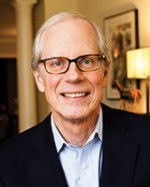 IFC SUSTAIN: Can you explain what led to your decision to divest from fossil fuels?

Since 2010, the RBF has been working to invest a portion of our endowment (10 percent) in companies that are advancing sustainable practices and clean energy technologies. During Climate Week in September, we announced that the RBF has launched a two-step process of fossil fuel divestment.

IFC SUSTAIN: Can you describe how you are divesting?

Heintz: Our first step was to exit from investments in coal and tar sands oil, two of the most carbon-intensive fossil fuels. The second step of our process has been to undertake a detailed analysis of our remaining fossil fuel exposure (oil and gas) and to develop a plan for further divestment.

We are working to balance our deep concern over fossil fuels with the Fund’s longstanding mandate that our assets be invested with the goal of achieving financial returns that will maintain the purchasing power of our endowment, so that future generations will also benefit from the foundation’s charitable giving.

IFC SUSTAIN: Do you think other investors will follow your lead?

Heintz: Yes, we are very confident others will join this effort. Globally, we need greenhouse gas emissions reductions of at least 80 percent by 2050. We can only get there by leaving the bulk of coal, oil and gas in the ground and by transitioning to clean energy without delay.

Yet the stock price of a fossil fuel company is linked to its reserves. These are stranded and unburnable assets whose economic value is diminished — a reality that investors now understand and are starting to consider in their investment decisions.

Clear evidence of the increasing number of investors recognizing the urgency of this issue and acting on it can be seen in the growing numbers of institutions and individuals who have signed onto the Divest/Invest Philanthropy pledge.

IFC SUSTAIN: How do you think this pressure from investors will affect extractive companies?

Heintz: The pressure from this movement of investors is, we feel, adding weight to the critical conversation about policy — national, international and corporate — on addressing climate change with an urgency that is proportionate to the challenge.

Capital market and regulatory conditions are uniquely material to the viability of extractive businesses. Investor pressure on companies is a part of a larger discussion that will increasingly influence commodity prices, the cost of capital, and global regulatory agendas, which will have an impact on the operations of these companies.

By putting our money where our mouth is, we have been part of an effort that has taken the question of stranded assets from a hypothesis of activists to a mainstream consideration within capital markets and even central banks (see, for example, recent Bank of England statement).

Heintz: Concretely, companies can look at how to be good stewards of shareholder capital and commit to a candid assessment of how to best use their resources. Borrowing to invest in long-term risky projects that require $140 per barrel of oil to break even is difficult to justify.

Responsive companies will focus on returning capital to shareholders instead and migrate from a growth-at-all-costs (regardless of future profits) mindset. Extractive companies can begin to redeploy CAPEX from searching for more reserves to diversifying their businesses by investing more aggressively in renewable energy.

IFC SUSTAIN: Looking into the future, how do you think your energy investment portfolio will evolve?

Heintz: The window of opportunity to avoid catastrophic climate change narrows with each day.

Clean energy technologies and other business strategies that advance energy efficiency, decrease dependence on fossil fuels, and mitigate the effects of climate change are the way forward. Our investments in these sectors will continue to grow as more and more economically attractive opportunities open up.

This article first appeared at SUSTAIN, a magazine produced by the International Finance Corporation, a member of the World Bank Group.

See all by SUSTAIN