For investors, climate risk has no one-size-fits-all solution

Two new global reports conclude that climate change could exert strong downward pressure on global economic performance. Although the effects are projected to have global implications, the impact will not be spread evenly. As such, understanding risks, exposures and relative positioning might help both companies and investors better protect themselves from the consequences.

The first report is from the National Bureau of Economic Research and compiled by the International Monetary Fund, University of Cambridge and University of Southern California. One of the authors noted, "Whether cold snaps or heat waves, droughts, floods or natural disasters, all deviations of climate conditions from their historical norms have adverse economic effects."

The report concluded that barring corrective global action, climate change could reduce global GDP by 7.22 percent by 2100. The United States is expected to suffer a steeper 10.5 percent decline, while China’s economy would fall a more modest 4.3 percent. However, in a scenario where global economies acted in accordance with the Paris Agreement, limiting temperature rises to 0.01 degree per year, the impact would be more moderate: just over 1 percent globally, nearly 1.9 percent in the United States, only 0.1 percent in the European Union and nearly 0.5 percent in China.

CNBC's coverage of the study noted "certain sectors in the U.S. economy might have adapted to higher temperatures, [but] economic activity ... continues to be sensitive to deviations of temperature and precipitation." Furthermore, the article notes, "Countries that derive a large portion of their GDP from agriculture could be most at risk." One author of the study told the Washington Post, "Climate change is costly for all countries under the business-as-usual scenario ... and the United States will be one of the countries that will suffer the most."

A lack of clean water could limit economic growth by as much as one-third in certain regions.

The primary conclusion is that a lack of clean water could limit economic growth by as much as one-third in certain regions.

Among the leading causes of declining water quality that the report cites are bacteria, sewage, chemicals and plastics "sucking oxygen from water supplies." It calls out nitrogen as a major factor contributing to childhood stunting, noting, "Every additional kilogram of nitrogen fertilizer per hectare can … reduce future adult earnings by as much as 2 percent."

Another issue cited is increased salinity in both water and soil — attributable to extreme droughts, rising sea levels, increasing water use and other factors. The report estimates this could cause agricultural yields to fall and notes, "The world is losing enough food to saline in water each year to feed 170 million people."

The potential economic impacts cited in both reports will manifest in different ways in different countries and industries.

Down, on the farm

In fact, some of these developments already have begun to materialize. For instance, extreme flooding in the midwestern United States this spring has had ripple effects across the economy. In conjunction with other factors, including growing uncertainty in international trade, extreme weather has contributed to a spike in farm bankruptcies.

In addition, farm equipment suppliers and chemical companies are feeling the negative impact of depressed planting activity. On a recent earnings call, Deere management noted "the wettest 12-month period in U.S. history brought flooding and record planting delays across major corn and soybean growing regions." The company pointed out that volatile weather contributed to a downgrade of the U.S. Department of Agriculture’s projections of corn production.

Meanwhile, Bayer management declared on a late-July call, "Heavy spring rains and flooding in the midwestern United States resulted in missed herbicide applications ahead of planting and reduced overall acres planted for both corn and soybeans."

On the other hand, companies that develop products and services that help manage the expected extremes of a changing climate may find new business opportunities.

One place for companies and investors to begin to assess potential exposures and opportunities would be the Sustainability Accounting Standards Board’s Materiality Map. SASB’s industry-specific standards have identified business-critical climate-related risks for 69 of 77 industries, in many instances asking companies to describe risks and opportunities presented by climate change.

Digging a bit deeper, the standards cover water management — with performance metrics focused on consumption levels and management strategies — in 25 of 77 industries, including semiconductors; oil and gas exploration; the production of meat, poultry and dairy to hotels; and lodging. In addition, the standards for other industries capture exposures to water though other channels such as supply-chain and ecological impacts.

Beyond explicit water-related metrics, the standards encourage companies in key industries to describe "environmental and social risks associated with sourcing priority raw materials." For example, the SASB standard for agricultural products asks companies to identify their principal crops and describe the risks and opportunities presented by climate change. In other industries, the standards address the physical impacts of climate change, calling for companies to provide detail on exposures, such as facilities in 100-year flood zones, as well as strategies to manage related risks and opportunities.

Large-scale trends such as climate change and declining water quality present systemic risks that may be difficult for investors to understand and manage through traditional financial analysis and currently available information. A recent study published in Nature explored current climate-risk reporting for over 1,600 companies and concluded that although 82 percent said they have experienced physical risk from climate change within the last year and are pursuing one or more adaptation action, only 21 percent publicly reported quantitative information about the magnitude and costs of those risks.

Robust company disclosure on such topics would allow investors to better assess the risks and opportunities associated with climate change. Going through the effort to compile such an assessment should give corporate management insights into potential vulnerabilities and could guide strategy to better position the company. 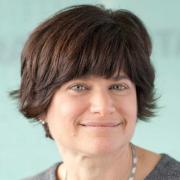 See all by Gail Glazerman