Investors these days are eager to put their money in instruments that promise to fight climate change and contribute to sustainability, but there simply aren’t enough investments out there to meet the demand, especially not in the United States.

That’s one reason the green bonds issued in early February by Verizon drew orders equivalent to eight times the $1 billion in debt sold. The issue was the first green bond from an American telecom company. It came to market less than two weeks after the sector’s first offering, a $1.13 billion issue from Spain’s Telefonica. Just $592 billion in green bonds have been issued worldwide, and less than $7 billon of that has come from U.S. companies outside the financial, utility and energy sectors, according to Bloomberg New Energy Finance.

After holding four hour-long calls for around 150 investors to educate them on Verizon’s sustainability program, Chief Sustainability Officer Jim Gowen said he and other executives chose an offering date aimed at taking the advantage of favorable market conditions. "Within 25 minutes, orders had already exceeded the $1 billion mark," he said. When they closed the sale that afternoon, more than 300 investors had ordered more than $8 billion in debt.

"It was one of the largest orders we’ve ever had — I believe it was the largest — in any of our bond issues," Gowen added. "We could not have been happier with the response."

Thanks to the massive interest, Verizon was able to lower the yield it offered investors, pricing the 10-year bonds to yield 3.9 percent, a little lower than the pricing on the company’s regular bonds.

With that type of investor frenzy for green bonds, borrowers can choose whether they want to tailor their bond offerings to stringent standards such as the certification offered by the Climate Bond Initiative (CBI). The Verizon issue did not have CBI certification, although it did comply with the International Capital Markets Association’s 2018 green bond principles. Research and ratings consultancy Sustainalytics provided a second-party opinion (PDF) confirming that the offering held to those principles.

I’m already thinking about the next one.

The bonds are set to mature in 10 years, but Verizon plans to use the bulk of the proceeds on projects it is slated to undertake over the next 2.5 to three years, Gowen said.

Funds from the offering will be used for projects in renewable energy, energy efficiency, green buildings, sustainable water management, and biodiversity and conservation, including planting trees and undertaking other reforestation efforts in areas hit by natural disasters. That projects are in part designed to help the company meet its commitments to source half its energy from renewable sources and cut its water usage by 15 percent by 2025.

Verizon may also use some money for 5G wireless technologies "that allow for real-time response to energy demand," according to the offering document.

That could include smart cities technologies such as smart metering, lighting and parking, as well as embedded sensors to deliver real-time traffic data. Gowen said 5G services also will offer speed, bandwidth and resiliency advantages over current networks, enabling not just emissions-saving options such as telecommuting but also telemedicine advances such as remote monitoring and even remote surgery.

Although Verizon has invested sizable sums on green initiatives in the past, including $100 million on green energy and $140 million in alternative fuel vehicles, this borrowing will allow the company to make bigger, faster strides toward increased sustainability by taking green investments out of the traditional capital expenditure process, according to Gowen.

"Our investor base is very focused on sustainability," he said. "This was another way of Verizon showing its commitment." The investor response to the offering "tells us the market is eager [for these types of bonds]," Gowen added. "I’m already thinking about the next one." 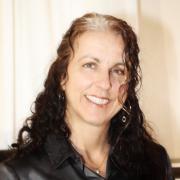