Getting to this finding meant analyzing more than 1,000 potential emissions pathways, modeled using the latest research and technology. In short, the report reveals the emissions trajectory we’re currently on — and the one we need to shift to if we’re to limit warming to 2°C, and avoid increasingly dangerous forest fires, sea level rise, heat waves and other climate impacts.

Here are six things you need to know about the level of emissions reductions needed to rein in runaway warming:

1. Without explicit action, we could see more than 4°C of warming.

Human-induced, annual greenhouse gas (GHG) emissions are higher than ever before in human history. Even if all countries follow through on their current emissions-reduction commitments, we’re far from a pathway that limits global average temperature rise to 2°C above pre-industrial levels. In fact, in the absence of efforts beyond those already in place, global mean surface warming would be 3.7-4.8°C above pre-industrial levels (with a full range of 2.5-7.8°C when uncertainty is taken into account).

This level of warming would bring disastrous impacts. For example, with each degree of warming, renewable water resources are projected to decline by at least 20 percent for an additional 7 percent of the global population. With warming greater than 2°C, there is a high risk of abrupt and irreversible changes to ecosystems such as forests, which would lead to “substantial additional climate change” considering that trees sequester significant amounts of carbon dioxide. And in a 4°C-warmer world, widespread coral reef mortality and food shortages are expected.

We’ve already spent more than 50 percent of our “carbon budget” — the amount of carbon emissions we can emit and still have a likely chance of limiting warming to 2°C. However, WGIII finds that by adopting aggressive measures that rapidly reduce emissions (see below), it is both technically and physically feasible to stay within our carbon budget, thus avoiding some of the worst projected impacts of climate change.

The report underscores that this is the critical decade of climate action. Emissions through 2030 will determine how realistic it is for the world to shift to a low-emissions pathway.

Essentially, the longer we delay emissions reductions, the more difficult it will be to stay within the 2°C target. Poor choices on infrastructure developments (such as buildings and the ways in which cities are built) will lock societies into emissions-intensive pathways that may be impossible or very expensive to change in time to limit warming.

Delay also will necessitate unprecedented rates of emissions decline later. For example, if emissions continue unabated and reach 55 gigatonnes CO2e by 2030, we’ll need to reduce global emissions by an unprecedented 6 percent between 2030 and 2050 on average to limit warming to 2°C. (For reference, in 2010 we were at 49 gigatonnes of CO2e emissions).

It also becomes exceedingly more complicated and expensive to stay within the 2°C target the longer we delay reductions. For example, delay will lead to greater reliance on potentially risky technologies — such as bioenergy combined with carbon, capture and storage (BECCS) — which currently face major challenges regarding financing and testing at scale, and could result in exceeding emissions concentration targets. When models don’t allow for carbon dioxide removal technologies and overshooting of concentrations goals, many find the 2-degree goal not feasible or very expensive.

4. We’ll need to phase out emissions entirely in the long-term

Perhaps most critically, the report finds that for the majority of scenarios that give a likely chance of limiting warming to 2°C, GHG emissions are “zero or below” by 2100, requiring a phase-out of greenhouse gas emissions.

5. We’ll need action from all regions of the world

In addition to reducing emissions at the local, national and regional scales, international cooperation will be essential. Climate change is a problem of the global commons, and, therefore, every individual, company and country needs to participate in its solution.

There is no one formula for how the world can achieve the necessary emissions reductions. But what is clear is that it will require an international effort.

International cooperation can determine rights and responsibilities for national climate action, as countries have varying capacities to reduce emissions and adapt to climate impacts. If collective actions are perceived to be fair, further cooperation — and action — can be gained.

6. Shifting to a low-emissions pathway requires a large-scale transformation

Limiting warming will require large-scale changes to energy systems and potentially land use. We could achieve these changes by taking advantage of existing technological and behavioral options, such as:

• Decarbonizing the majority of electricity generation by 2050

• Increasing our low-carbon energy supply (such as solar, wind, hydroelectric, CCS) by five-fold over the next four decades

• Switching to best available, efficient industrial technologies. This could reduce the industrial sector’s energy intensity by 25 percent — a significant achievement considering that the sector is currently responsible for a considerable share of global GHG emissions.

The choices we make today

The WGIII report provides sobering insight as to how urgent and substantial the challenge of reducing our emissions will be to best ensure we can limit warming to 2°C. While those challenges initially may appear daunting, it’s important to focus on the menu of solutions the report outlines. Furthermore, the report finds that there are significant “co-benefits” of reducing emissions, which make mitigation action even more imperative. For example, the report shows that low-emissions pathways not only reduce countries’ vulnerability to energy price volatility and supply disruptions, they produce significant benefits for human health and ecosystems by curbing air pollution.

We may be on the wrong emissions pathway now, but with ambitious action, there is still a chance to move onto the right one. Now is the time for governments at all levels to adopt comprehensive climate policies and invest in a low-carbon future — so that we don’t end up paying the price later.

This article originally appeared at the World Resources Institute's Insights blog. Photo of melting ice by Tomas Rebro via Shutterstock 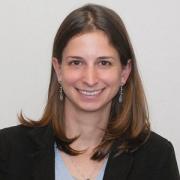 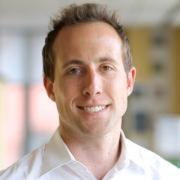