It isn't strange that cities are leading on climate action

Italy was once not a nation, but a collection of powerful city states, ruled by family dynasties and independent from their formal sovereigns. This feudal system existed for many centuries, during a period in which mass migration turned Italy into the most urbanized society in the world, with 20 percent of its population living in cities.

The Italian city states reshaped how we live today — they were the powerhouses of the Renaissance, oversaw the flourishing of Western capitalism and nurtured the emergence of modern banking.

So it's fitting that this week's Climate-KIC conference took place in Milan, once a powerful city ruled by the House of Sforza and now a metropolis at the cutting edge of a new conversation about the power of cities to reshape our future once more.

"For me, it is a slightly erroneous blip that we have had nation states running the show for a period," Kirsten Dunlop, chief executive of Climate-KIC, the EU-funded climate innovation body, told BusinessGreen on the sidelines of the summit. "Because if you go just a little bit back, just before the late 18th century, you didn't have nation states in the same way. It was all about cities."

The Climate Innovation Summit 2017 centered on the resurgent power of cities in the climate debate — a process that began with the arrival of city mayors pressing for a deal in Paris and accelerated after the election of Donald Trump, when leaders of cities across the United States pledged to continue climate action regardless of the whims of the White House.

Dunlop believes cities hold the key to magnify Climate-KIC's impact as a driver of clean tech innovation. "[Climate-KIC] now needs to shift its game up and become very powerful, very impactful, and the key differential in that is exponential change," Dunlop explained. "For us, the logical place for us to go next is cities."

And as speakers in Milan this week were quick to point out, they are also poised to benefit the most from climate action. Urban citizens are extremely vulnerable to extreme weather such as flash flooding and severe heatwaves, and the location of mega-cities along global coastlines and estuaries marks them out as likely victims of rising sea levels. 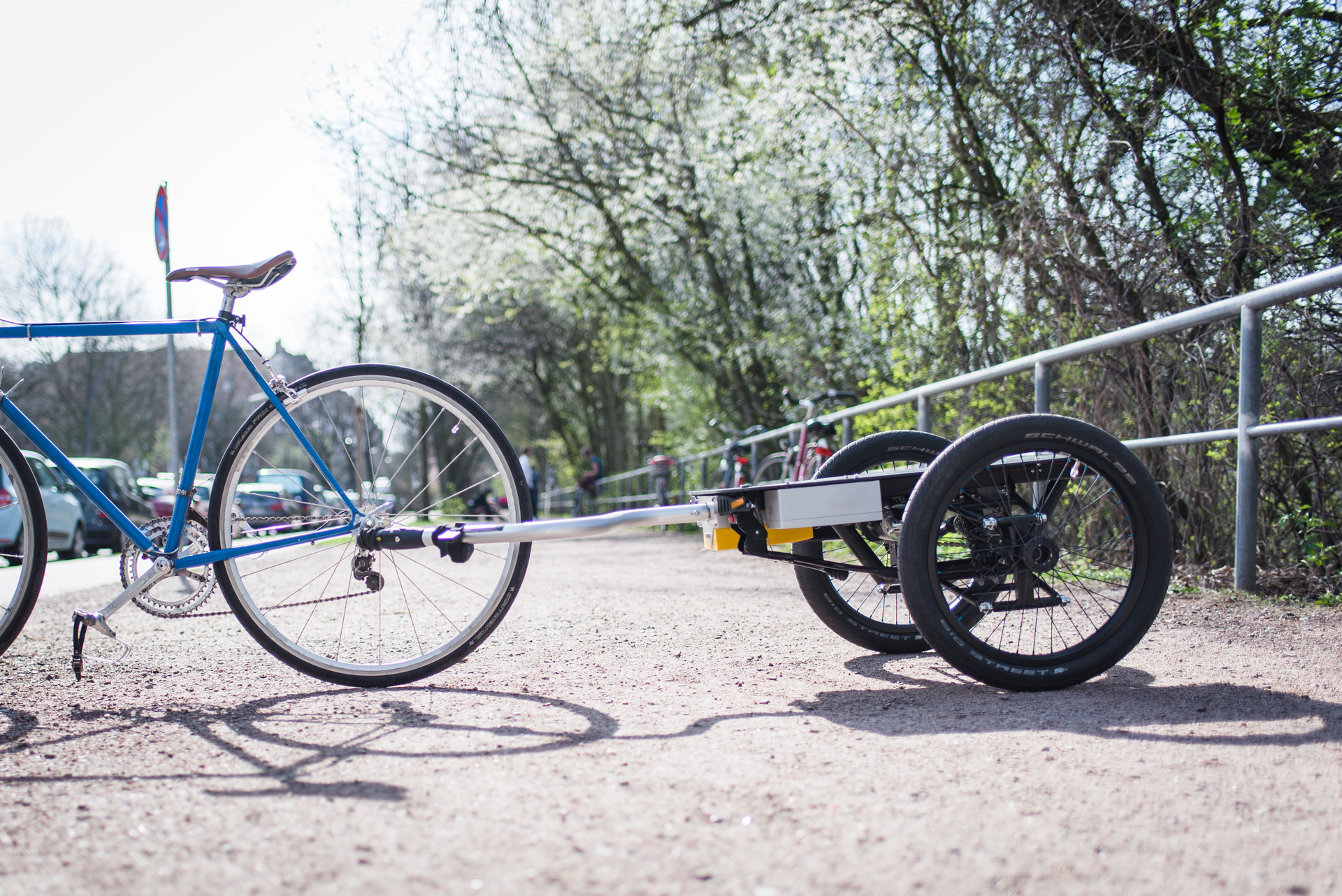 The C40 Cities-Climate KIC partnership will focus on three areas: building retrofits; clean mobility; and closed-loop systems. Ambitious goals already are in place from the two organizations, such as targets to triple annual building retrofit rates across Europe by 2030, deliver a three-fold reduction in emissions by transforming urban mobility and establish closed-loop resource systems in at least five major cities. In addition, they have pledged to work together to mobilize $500 million a year for climate action in cities.

Some bright ideas that will be crucial to turning these goals into reality were on display in Milan.

Nuwiel is a German startup that has developed an e-powered smart bike trailer for providing zero-emission journeys around city centers. Having launched just two years ago, it already has completed trials with UPS in Hamburg for last-mile package delivery, and has been selected by IKEA for its "Bootcamp" accelerator program. One idea Nuwiel is working on is for IKEA to rent trailers out to customers looking for a quick, cheap way to get their new flatpack goods home, co-founder Natalia Tomiyana told BusinessGreen.

Meanwhile, Spanish startup Lowbus is bringing bus companies together in a mission to eliminate empty coaches on Spanish motorways. Instead of completing a one-way trip with a coachload of passengers only to return with an empty bus, Lowbus wants coach companies to share trip data so they can team up to fill coaches for the return leg.

Chief executive Eduardo Torres said the approach could boost both companies' revenues and cut pollution levels. He explained to BusinessGreen that many coach companies are already informally collaborating on journeys through Facebook and Whatsapp groups, but Lowbus' aim is to formalize and scale this cooperation. It already has 130 companies signed up in Spain, with plans to have more than 200 firms involved by the end of the year.

And it's not just mobility that's a hotspot for bright ideas. The built environment, long seen as one of the most challenging areas for decarbonization, is starting to play host to new ways of working.

For example, CAALA is a German startup with a new software tool for architects that aims to embed low-carbon thinking into the very heart of building design. The software mimics design tools already familiar to most architects, but allows users to see in real time how adjustments in the design of a structure will affect the carbon and water footprint of the building, both in its construction and over its lifetime. A second arm of the business will provide assistance with green building certification.

While part of Climate-KIC's remit is to shift the business environment by supporting hundreds of startups such as these across Europe, it is also keen to see more change at ground level. That's why later this month at the U.N. climate summit in Bonn, Germany it will launch "Reinventing Cities," a global version of the "Reinventing Paris" program that saw the French city award development contracts for public land not to the highest bidder, but to the most innovative urban designs.

For me, it is a slightly erroneous blip that we have had nation states running the show.

This time around, Reinventing Cities will focus on awarding development rights for projects underpinned by green innovation, on "underutilized" sites in 12 major cities. Mark Watts, executive director of C40 Cities, told BusinessGreen he hopes the initiative will inspire a new standard for zero-carbon development. "This partnership is going to allow us to do what a lot of our mayors want us to do, which is to through good public policy inspire an even bigger response from the private sector," he said.

In Paris, such change is already happening. Six building permits already have been delivered for "Reinventing Paris" projects, with five more on the way. Winning bids include a clean energy refueling station for electric vehicles along the Seine, and a wooden tower devoted to the city's food culture. More broadly, it has forced developers to think outside the box when bidding for any development rights in the French capital, according to Marion Waller, an advisor to the Mayor's Office in Paris.

It all feeds into what Dunlop hopes will turn out to be a new way of thinking about city design, an environment where a few experimental projects can inspire an army of followers. "If you can create a space for possibility, then others will move in," she said. 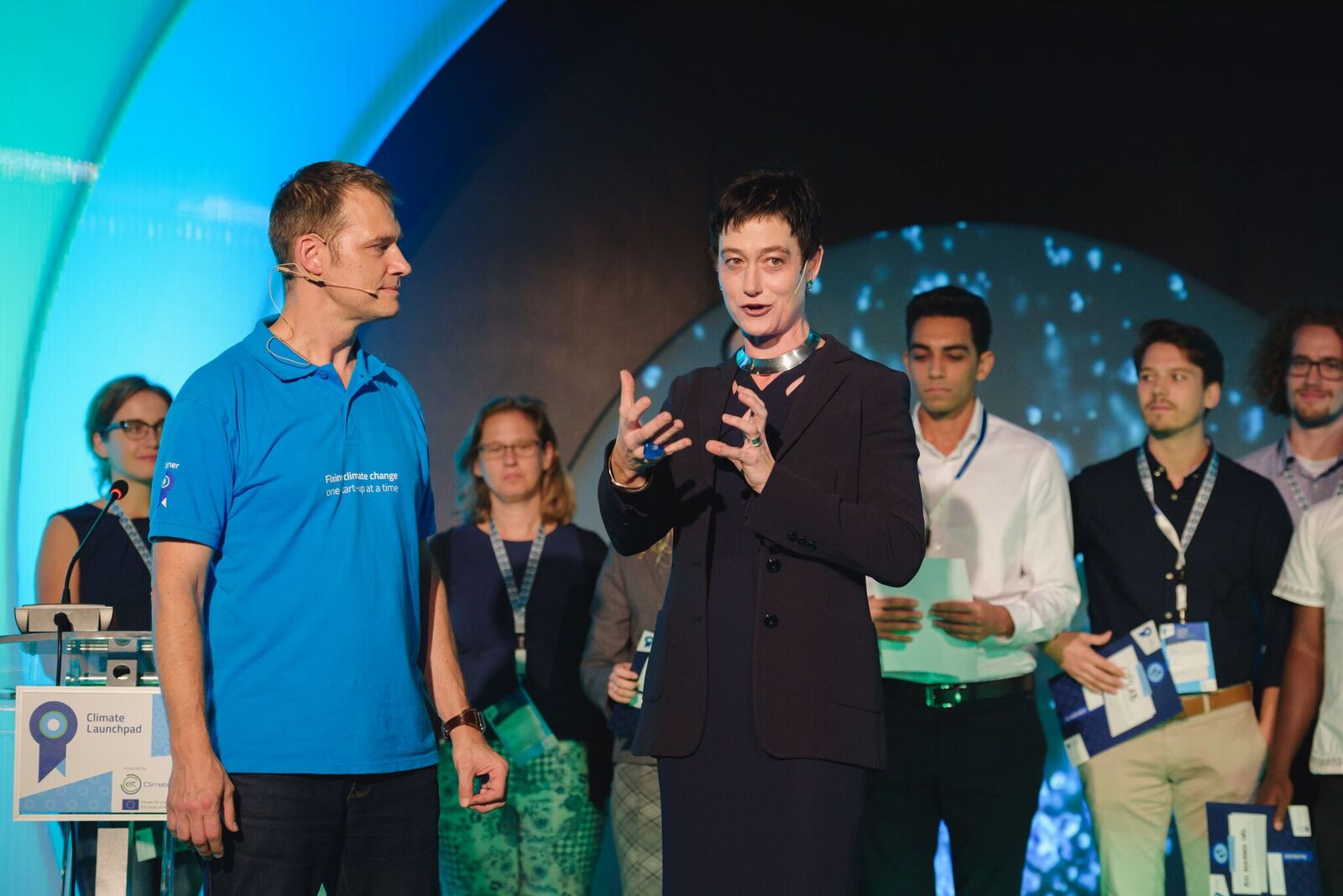 Bringing cities and startups on board under one partnership also may help shift the investment market, which Dunlop argues is still too focused on driving short-term returns. The Climate-KIC-C40 partnership is powerful because it drives both supply and demand for innovative clean technologies and services into the marketplace — so even the most risk-averse investor could be tempted. "That starts to look like a much more interesting investment possibility," Dunlop said.

A new program also launched this week from Climate-KIC and the South Pole Group will seek to bolster this argument even further, by helping cities develop new financial instruments for green infrastructure projects. The City Finance Lab expects to leverage $500 million in extra finance for climate action in cities, supporting urban centers with project preparation to ensure development proposals meet the demands of the investment market, ensuring a pipeline of creditworthy projects and providing match-making initiatives for project developers and investors.

Moreover, there is still not enough transparency around how much these initiatives deliver in terms of carbon benefits. Climate-KIC admitted it is still developing the tools needed to quantitatively measure the impact of programs such as Reinventing Cities.

But as the old saying goes, Rome wasn't built in a day. Transformative change of our cities won't happen overnight. But given the reinvention we have seen happen in some of the world's greatest urban centers over the centuries — the way cities such as Rome, Paris or London have endured and adapted — we can be sure they have the potential to reinvent themselves once more to become greener, cleaner and healthier places to live. The challenge for Climate-KIC, C40 and the myriad other organizations working in this area, is to make sure cities use their potential to deliver such change at the scale that is required.

Madeleine Cuff's trip to Milan was organized and funded by Climate-KIC.