I went to the LA Auto Show recently, and much has changed in the world of EVs since my first trip in 2015. Many more models of EVs are available or coming soon, and quite a few presentations from car company executives promise even more electric options in the future.

But a look at the latest sales figures for EVs shows a markedly different picture, with most sales (and growth in sales) coming from Tesla, a company that wasn’t even on the main floor at the auto show. EV sales from traditional automakers have been flat for the last three years. What should we make of this divergence between a growing number of EV models and sales that aren’t seeing the same growth?

It seems clear to me that this disconnect is due to many automakers that are technically offering EVs but are doing little to improve their design and sell them. This disconnect needs to be fixed now if we want to try to limit the worst impacts of climate change.

I’m convinced EVs can sell in the United States if they are a compelling car, crossover/SUV or truck with range and features that meet buyers’ needs (and not simply a gasoline car substituting a battery and electric motor for an engine) and widely available for purchase in the United States. Among the EVs for sale today, most don’t meet either requirement.

In the past, automakers have argued that they’ve made many models of EVs available, but claimed that low U.S. sales figures show there just isn’t interest in EVs, in effect blaming buyers for low EV sales figures. For example, the Auto Alliance, an industry trade group, has a webpage titled "Buyers Wanted" that claims over 50 models of EVs are available in the United States, but laments that sales remain "modest."

This argument ignores the huge influence of marketing (automatic PDF download) and sales strategies, ones that the car companies are very good at using to sell their existing gasoline vehicles. It also fails to acknowledge that most EVs simply are not available nationwide. 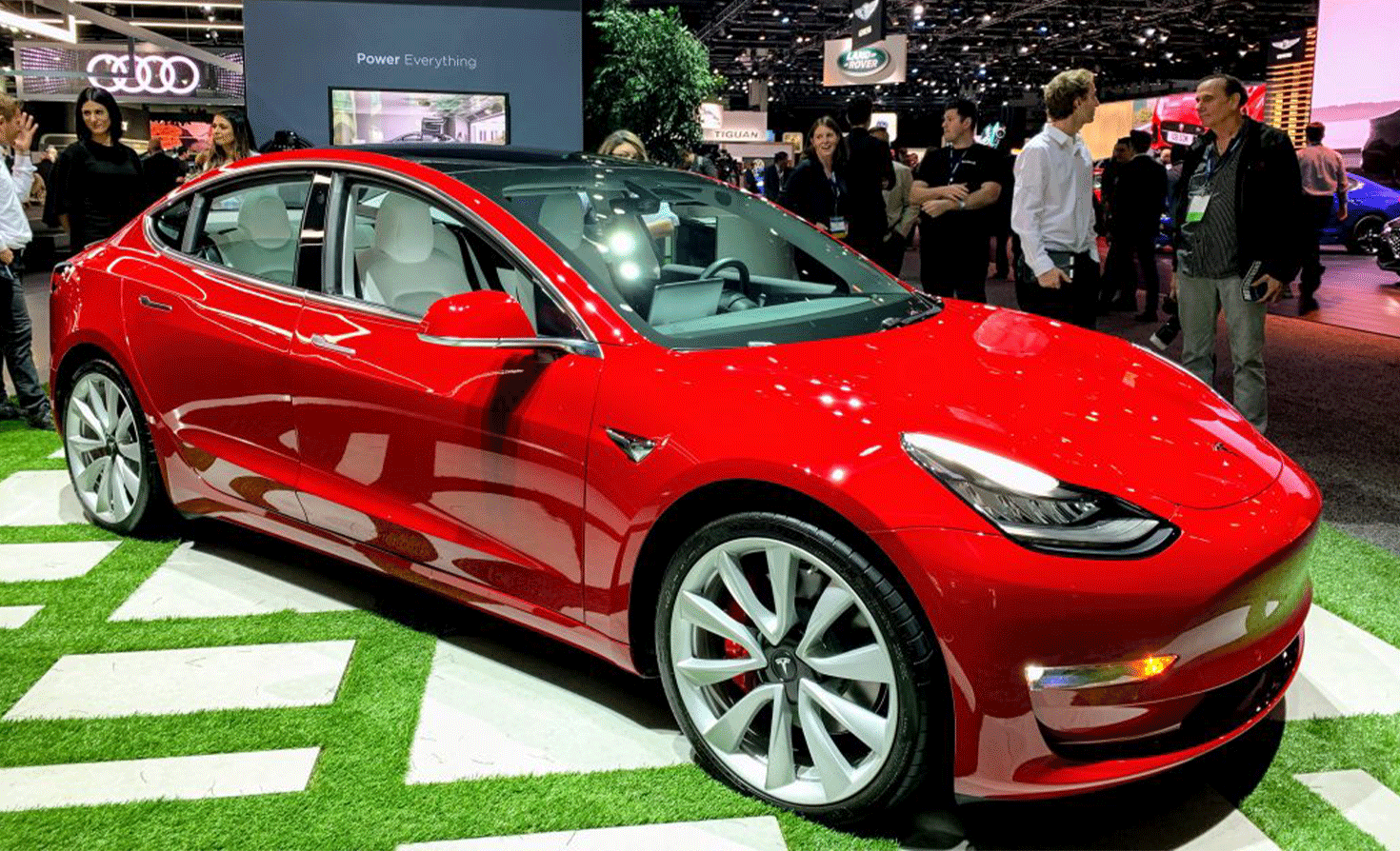 For example, look at market-leader Tesla; its cars are designed from the start as EVs and feature long-range batteries, cutting edge tech and availability in most of the United States (with some complications due to dealer franchise laws). Tesla commands over 55 percent of the plug-in market, with no other manufacturer over 8 percent. Some automakers promise future products that can match these key features such as range and new technology, such as Rivian’s all-electric SUV and pickup truck and the newly announced Ford Mustang Mach-E electric SUV. But those models won’t be available for at least another year.

However, many EV models I saw at the 2019 LA Auto Show are selling at much slower rate than Tesla’s models, and it’s not hard to see why. Let’s look at a couple of examples of EVs and EV makers that were at the auto show that are emblematic of current issues in the EV market.

Kia and Hyundai: Kia was showing two fully electric vehicles at the show (the Niro and Soul EVs), but they are versions of existing gasoline cars and have limited availability, especially outside of states that have adopted the Zero Emission Vehicle (ZEV) regulation. Sister company Hyundai’s Kona and Ioniq EVs have similar availability issues. Is this a half-hearted effort by Kia and Hyundai to meet the minimum regulatory requirements?

VW: Volkswagen is promising many more EVs worldwide, but is hedging on when it will bring them to the United States. The one existing electric VW for sale is the e-Golf, which, like many other EV models, is a version of an existing gasoline car and also is not available everywhere in the country.

Lexus: Lexus (a Toyota brand) had a concept EV on display at the show, but no sign of an EV model for sale in the United States now or anytime soon. Just a week after the LA Auto Show, though, Lexus announced a new all-electric crossover for the Chinese, European and Japanese markets that will go on sale next year. So the company can make a battery electric car; it just has chosen to not bring it here.

Subaru: Despite its self-acknowledged "tree-hugger" customer base, Subaru has been resistant to making EVs. 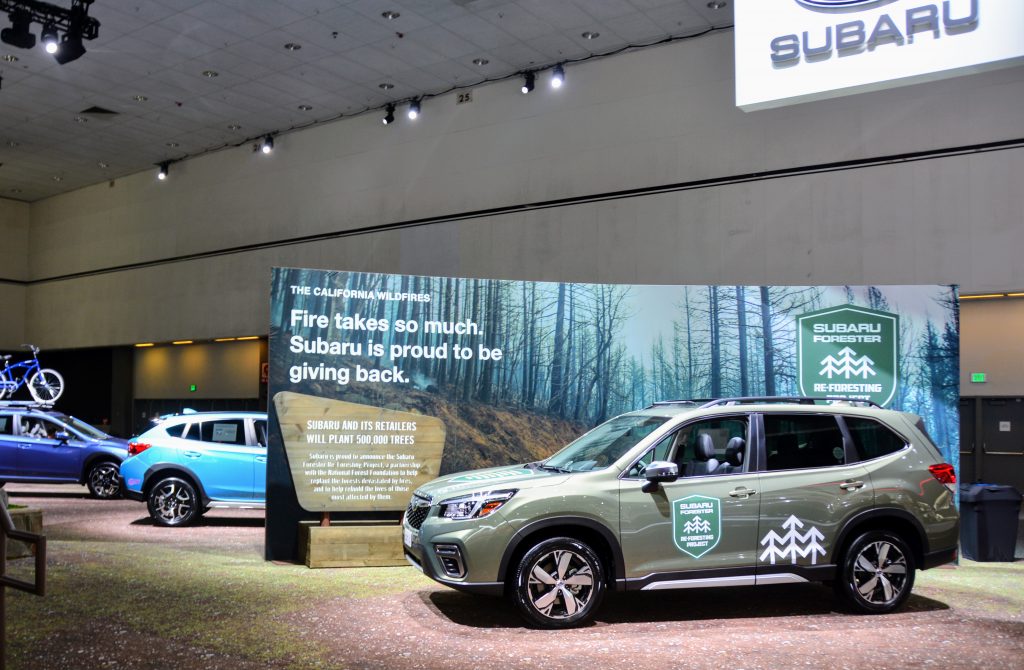 Its sole offering is the Crosstrek PHEV, a version of its gasoline-only model with reduced cargo space due to the location of the batteries. And like other manufacturers, the plug-in version isn’t available everywhere where other Subarus are sold. 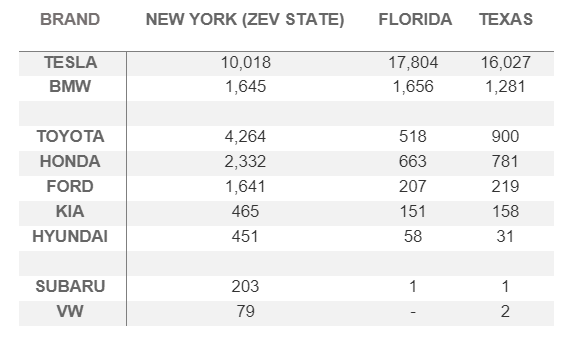 Some brands of EVs are sold across the country. For example, Tesla and BMW have significant EV sales in large population states such as New York, Florida and Texas. However, many automakers are only emphasizing sales in states with the ZEV regulation. Some, such as Subaru and Volkswagen, are not selling EVs at all outside of ZEV states. Buyers simply can’t choose an EV if it isn't available in their state.

Tesla is selling in volume and Ford, Toyota and General Motors (with less specificity) are promising new, higher-sales volume models soon. But to reduce air pollution and limit climate-changing emissions, EV sales need to greatly accelerate. To avoid the worst impacts of climate change, California has set a goal of net zero emissions by 2045, only 25 years from now. In order to reach that target, the vast majority of cars on the road by that time will need to be electric drive (either fuel cell or battery electric).

This next decade will be crucial for the transition away from gasoline and it will take more than announcements and 'compliance' models.

We’ll need to move quickly to achieve this target, much more quickly than we’re moving now. If consumers are to make their next car electric, automakers need to make those cars available and market them more aggressively than they market their gas engine cars. Many automakers are currently meeting the bare minimum to comply with regulations while at the same time pushing a narrative that blames individuals for their purchase decisions instead of the marketing machine that brings only certain models to the forefront.

The end of 2010 marked the introduction of the first mass-market EVs in the United States (the Nissan LEAF and Chevrolet Volt). Since then, the last nine years have seen quite a few EV models announced, but only a handful have sold in meaningful numbers. This next decade will be crucial for the transition away from gasoline and it will take more than announcements and "compliance" models. It will take cars that are as compelling (or more so) than gasoline models and electric-drive models that are sold and marketed effectively across the country.

I’m confident the engineers and designers at these auto companies can deliver, but less so in their corporate leaders. In a time when many companies (such as Toyota and General Motors) are trying to make their gasoline cars more polluting, can we really count on them to make great strides in electrification of their new models absent any pressure from regulation? I think not. Most (if not all) low-volume, limited-availability EVs we are seeing today are based on compliance with regulation such as the ZEV regulations in California and 10 other states.

This is why we need higher sales standards in the future. The current ZEV regulation increases until 2025, where compliance will require less than 8 percent ZEV sales. Setting a much stronger ZEV standard for after 2025 will be vital to move automakers from low-volume compliance models to competitive electric vehicles across their product portfolios. Both EV incentives and more ambitious regulation targets will be needed to accelerate not only development of new EV models, but to ensure significant change in the number of EVs on our nation’s roads in the next decade and start the necessary switch from petroleum to clean electricity to power our mobility needs. 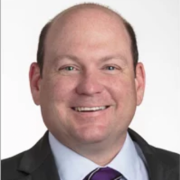 See all by David Reichmuth