Climate change no longer can be passed off as tomorrow’s problem. People only have to look out the window or turn on the news to see how the world’s weather patterns are changing at an alarming rate. Whole communities are already having to adapt to its impacts, and there are unsettling signs that the Earth’s natural ecosystems are buckling under the pressure of global warming and mankind’s general mismanagement of the planet.

It’s not a pretty picture, and the associated impacts of climate change on supply chains, markets, even society — the very things upon which business relies — are only going to get worse. Just how much worse is in a very large part up to business.

The agony of choice

Back in October, the United Nations’ Intergovernmental Panel on Climate Change (IPCC) warned that achieving a net zero emissions economy by 2050 was necessary to keep global warming to within 1.5 degrees C of pre-industrial levels. In their landmark report, the world’s top scientists said that to make that happen, the world would need to make "rapid, far-reaching and unprecedented changes" across all aspects of society.

These stark warnings have left business leaders with a difficult choice: carry on as normal and hope the inevitable tidal wave of disruption will not affect them (spoiler alert: it will); or do everything in their power to go carbon neutral and help decarbonize the world’s entire economy within the next three decades.

Ahead of COP24 in December, the United Nations Framework Convention on Climate Change (UNFCCC) invited the corporate world to explore how to increase climate ambition in what was called the Talanoa Dialogue initiative. The aim was to bring fresh perspectives from a wide range of people and organizations through "inclusive, participatory and transparent" discussions.

Rising to the challenge, climate solutions specialists Natural Capital Partners brought together senior sustainability and business leaders from more than 60 of the world’s biggest businesses — with a collective revenue of over $1.3 trillion — to share their climate action stories and explore routes to building a net zero economy.

Over the course of seven roundtable events in five countries across Europe and North America, delegates revealed the inspiring scope, scale and ambition of their approaches. Out of these discussions, Natural Capital Partners developed its "Imprinting Net Zero" model, setting out seven ways businesses can drive net zero to scale, both within the limits of their own operations and across the broader economic system.

Stage one: Getting your house in order

The first three of the seven "imprints" center around carbon neutrality across a business’s operations, suppliers and products, and will be familiar to many readers.

Footprint is about reducing emissions that result directly from a company’s activities and indirectly through associated energy use and travel.

Footprint is typically the focal point for businesses at the start of their carbon neutral journeys, since it represents opportunities for immediate action. Businesses can use a combination of operational efficiencies, changes to processes and other internal reduction initiatives; sourcing renewable energy, either on site or through certificates and tariffs; and financing external low-carbon sustainable development projects to lower net emissions.

During the roundtable discussions the examples to emerge of companies taking action on their footprints were plentiful and varied. For instance, computer software company VMware has become a CarbonNeutral company two years ahead of schedule, working with Natural Capital Partners.

"Getting to net zero is a journey that doesn’t happen overnight and involves lots of pieces — big and small," says the company’s senior sustainability manager, Natasha Tuck.

"We choose to take action where we can, rather than wait until there’s a better solution. Our offsets are driving market demand and supporting critical low-carbon sustainable development projects — and I’m proud to be part of this positive impact."

Tail-print is another focal point for early stage action and refers to the responsibility companies need to assume for emissions produced "upstream" through their supply chain in the production of their goods and services.

The idea is that businesses have commercial and strategic influence over their suppliers, and should use this to encourage and educate suppliers to take steps to reduce their emissions, and those of their suppliers.

Handprint is all about "downstream" impact and emissions arising from customers using a business’s products or services. Again, this is not a new concept and more businesses are integrating handprint initiatives into their sustainability planning.

VMware has helped customers avoid putting 540 million metric tons of carbon dioxide into the atmosphere through its virtualization software. That’s the staggering equivalent to powering 68 percent of U.S. households for a whole year.

If the first three imprints of Natural Capital Partners’ "Imprinting Net Zero" model are about achieving carbon neutrality, the final four are about building on that platform to extend the company’s influence for regenerative impact and helping to deliver the net zero economy the IPCC so urgently calls for.

So, what are they?

The first is brain-print, borne out of the roundtable research in which many companies spoke of the importance of making their contribution to the transformation to a net zero economy one of their core strategic objectives and at the heart of product and service innovation.

Closely aligned to brain-print is blue-print, which is about how companies move from big goals to concrete plans to help build a net zero economy. A company may have great ideas and purpose, but this doesn’t translate into action without a plan — or blue-print — that identifies the investments, partnerships, governance and technology that underpins the plan to deliver against those ambitions.

Microsoft, after setting carbon neutrality at the center of its strategy in 2009, based its blue-print around its carbon fee. By setting an internal price on all emitting activities within the company, it has reduced its operational emissions, expanded its renewable energy procurement, financed a portfolio of over 60 emission reduction projects and funded its AI for Earth program.

AI for Earth puts its cloud and artificial intelligence in the hands of those working to solve global environmental challenges as well as helps the company develop new products in this area. "As meaningful as this operational progress is, we know it’s not enough," Elizabeth Willmott, environmental sustainability program manager at Microsoft, says. "That’s why we’re using the carbon fee to increase access to cloud and AI tools among climate researchers and conservation groups, as well as work together to develop new tools that can be deployed by others in the field."

Finger-print is next and refers to how companies can make their sustainability strategies personally relevant to the people who work for them, from the management team down.

Enabling employees to connect with a business’s sustainability agenda serves the dual purpose of furthering the company’s own business objectives through boosting motivation, and turning staff into sustainability advocates in their personal lives outside the office.

Professional networking site LinkedIn has been putting its finger-print to positive effect through its shadow carbon price, which specific budget holders have to include as an additional line in their financial planning and reporting.

Peggy Brannigan, LinkedIn’s global program manager of environmental sustainability, says the initiative has been a useful signal for the company and employees alike.

"It’s raising the visibility of our sources of carbon emissions internally," she says. "Take business travel, for example. The carbon fee now rolls out every time a plane or train trip is booked, generating conversations about when it’s important to travel and when it’s not."

The final imprint is news-print and is all about setting climate strategies free from the confines of sustainability reports, by communicating and advocating about climate change — and climate action — to the wider world.

Different companies will have greater scope and opportunity here than others, but every business has a valuable role to play as a climate change messenger.

The sky’s the limit when it comes to ways companies can engage in news-print. When business and financial software company Intuit, for example, partnered with local energy companies in Texas to offer its small business customers the opportunity to switch to renewable energy at neutral cost, it was sending out the message to business owners that we can make significant changes that don’t cost.

Sean Kinghorn, Intuit’s senior sustainability program manager, says, "We know our SME customers are trying to manage their costs, so eliminating the barriers to choosing renewable energy is a great way to help them contribute to a more sustainable future."

Time to push the envelope

"There’s been a big rise in carbon neutrality from companies all over the world as they realize the urgent need for action and the meaningful immediate benefits to the business," Jonathan Shopley, Natural Capital Partners’ managing director for external affairs, says. "Companies are also using carbon neutrality as the solid foundation for going on to deliver impact beyond their boundaries to help build a stable climate globally and drive sustainable development."

If there’s one key takeaway, it’s about how businesses should see the greater potential of carbon neutrality as a vital stepping stone to achieving bigger and better things.

Find out more about "Imprinting Net Zero," including more case studies of Natural Capital Partners’ clients, the final report and webinars at www.naturalcapitalpartners.com/talanoa 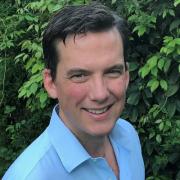