It's past time to jump-start grid planning

Grid planning for an achievable clean energy future is at a crossroads. The rapid growth in wind and solar power means we need to upgrade and expand the nation’s power grid. The grid’s current design grew from local power needs centered around fossil and nuclear plants relatively close to towns and cities. Yet the best wind and solar power resources are often far from where the power is needed. To help catalyze support for updating the nation’s transmission network, NRDC is supporting the newly launched Macro Grid Initiative.

Why the pressing need? The outdated transmission grid is increasingly frustrating state energy policy goals and economic clean energy development and delaying the clean energy transition. Among the many examples of the urgency:

The lack of connections among the three power grids — East, West and Texas — is a major driver for the Macro Grid Initiative. The Department of Energy’s "seams study" documented the weak connectivity at the three major seams. Strengthening these interconnections would deliver more low-cost renewable energy to towns and cities, achieve a more resilient and efficient grid and dramatically reduce carbon pollution.

Current grid planning frameworks are poorly suited to handle high levels of wind and solar power. It wasn’t supposed to be this way. Nine years ago, the Federal Energy Regulatory Commission (FERC), which regulates the interstate transmission grid, issued its seminal "Order 1000." It promised major reforms: expanding regional and inter-regional transmission planning; accounting for clean energy and other public policy goals in that planning; fairly allocating the costs of new transmission lines among customers; and more competition for building transmission projects.

Most concede that Order 1000 has not delivered on its promise. As FERC Chairman Neil Chatterjee said last year, "Everyone seems to agree that Order 1000 is not working as intended." For example, no major transmission lines between regions has been approved in nearly a decade. That’s true even as billions of dollars of comparatively small local lines are approved every year without serious consideration as to whether a fewer number of larger projects could serve more clean energy and reliability needs at lower cost.

Time to get connected

To address the shortcomings of both Order 1000 and other barriers, the Macro Grid Initiative will focus largely on a few key solutions:

To be clear, the goal of an efficient, high-capacity power grid isn’t just to move massive amounts of wind and solar power across the country. In addition to being able to facilitate more renewable energy on the system, a larger grid also will improve grid "flexibility" by using the renewable resources on the system during more hours of the year, rather than depending on gas or other "firm" resources. Plus, a robust transmission grid will help to successfully decarbonize the transportation and building sectors while maintaining and enhancing grid reliability.

We need to be sure we are smart from the start on where we put our generation resources and transmission grid. The Macro Grid Initiative solutions, coupled with making better use of our existing grid (such as through double-circuiting of existing lines, smart controls, better power markets) will create jobs, grow our economy and allow responsibly sited, cleaner energy to thrive. 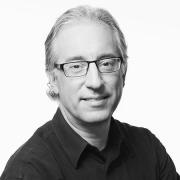 See all by John Moore