It's time to prioritize the survival of indigenous people, the world's forest stewards

Hunting and gathering for food is taking on a whole new meaning of late. The ever-lengthening line at my local Whole Foods starts to wrap around the outside of the store before 7 a.m., as socially distanced shoppers — securely donned in gloves, masks and even plastic face shields — wait nervously to scavenge for their week’s worth of essentials along with their COVID-19 indulgences: the extra bars of Hu chocolates and Enjoy Life cookies, in my family’s case.

We once thought of foraging as an activity engaged in only by our very remote ancestors and distant "primitive" people. But the spread of COVID-19 has heightened the subsistence survival instinct in all of us. In a way, we are not so dissimilar from "primitive" people in places such as the Amazon Basin as we might have thought.

And now, we’re all vulnerable to the same pandemic virus. Only with virtually no resistance, no access to medical treatment and a government that condones the deforestation and development of their lands, it’s far worse for indigenous people.

Companies and consumers everywhere have a role to play. In fact, COVID-19 has created an opportunity for companies to be more cognizant and compassionate in their approach — more aware of the direct and indirect responsibility for the impact they have on people in places where they operate.

So as the spread of COVID sickens and kills front-line workers in meat-packing plants across the country and suppliers are forced to curtail operations — leaving the meat section of local supermarkets looking, well, a little lean — what about the places where this meat comes from, namely Brazil, which according to the USDA is the world’s largest beef exporter?

Tribal people living in the Amazon Basin have been made even more vulnerable to the virus by the recent uptick in deforestation.

While many companies are doing right by their workers in U.S. plants, why not — in the spirit of cognizant corporate citizenship, stakeholder accountability and stewardship, let alone brand reputation — help to protect people in Brazil that are not only particularly vulnerable to the virus but whose very survival is directly linked to the protection of forests?

While the current pandemic may be overwhelming America’s medical system, killing our healthcare workers, tanking our economy and generally frying our collective nerves, the indigenous people of Brazil — the country from which a lot of our meat as well as the soy used to feed farm animals is produced — have virtually no access to healthcare, let alone hand sanitizer.

President Jair Bolsonaro, along with slashing funding mandated to protect indigenous rights and proposing to open up oil and gas exploration and hydropower development on indigenous territories, effectively eliminated the availability of rural healthcare by driving out the thousands of Cuban healthcare providers who used to service indigenous communities prior to his presidency.

As the nationwide death toll in Brazil soars above 11,000 and reliable data on indigenous infections and deaths is hard to come by, a recent survey by the Brazilian Indigenous Peoples' Association found the virus has reached 38 groups in the country with 446 cases of the new coronavirus and 92 deaths reported as of mid-May, mainly in the Brazilian Amazon.

Tribal people living in the Amazon Basin have been made even more vulnerable to the virus by the recent uptick in deforestation, up by nearly 64 percent in April, compared to the same month last year, according to data from Brazil's National Institute for Space Research. Last month alone, more than 156 square miles of rainforest were destroyed — an area about the size of Philadelphia.

While indigenous people are locking down like the rest us, when they do, their lands are left even more vulnerable to brazen land grabbing, which also has been alarmingly on the rise.

Well before the pandemic, Bolsonaro made no secret of his intention to open the Amazon to increased economic activity, and he’s been determined since the start of his time in office not to let indigenous tribes stand in his way.

As he said, "They don’t work. They don’t bring in money for Brazil, only burdens."

Meanwhile, Bolsonaro has downplayed the effects of the virus even more than other presidents, describing it as a "little flu" and a trifling "cold" and accused the media of manufacturing "hysteria."

Emboldened by Bolsonaro’s stance, indigenous leaders have been targeted in increasing numbers over the past year — even before the outbreak of the virus. Last year, there were at least 10 documented indigenous murders, as Bolsonaro effectively has declared open season on indigenous peoples who stand in the way of economic expansion, writ deforestation.

While the Bolsonaro administration has made its dismissive if not genocidal attitude toward indigenous people patently clear, agribusinesses operating in Brazil could, just for example, step in.

The opportunity to display corporate social responsibility has taken on new urgency as indigenous leaders call out these businesses as culprits in the ravaging of their lands and families.

"What we are asking from the multinationals is that they not buy commodities that cause deforestation and conflict and that are produced on indigenous lands. We are also demanding that bilateral trade agreements … demand respect for indigenous rights and ensure there are no products linked to deforestation coming into their countries," declared Dinamam Tuxá, coordinator and legal adviser to the Association of Indigenous Peoples of Brazil.

While a number of soy and beef producing companies have set time-bound targets for eliminating deforestation from their supply chains, deforestation continues to escalate.

Shoppers at Sam’s Club, Safeway and Target may notice a paucity of meat at their local megastores, but all of us have a collective responsibility to protect the indigenous people who help to protect lands and species on which we all depend.

In addition to banning, or at least dramatically reducing deforestation, why don’t companies, while they’re at it, support communities who know a thing or two not only about hunting and gathering but about protecting the lungs of our world? 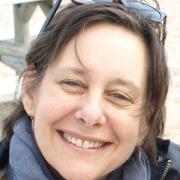 See all by Carol Goodstein