Wine making in Sonoma County, California, is older than the settling of the West, but some wineries in this tradition-steeped industry are moving fast into a future of zero waste, scant greenhouse gases and sustainable agriculture.

Jackson Family Wines, the maker of Kendall-Jackson chardonnay, La Crema pinot noir, Stonestreet cabernet sauvignon and 27 other brands, appears to be leading the way, based on recognition from the U.S. Environmental Protection Agency, early certification as a sustainable winegrower and being named the green company of the year by the beverage industry.

Video and photos by Barbara Grady

For Jackson, sustainability includes not only closed loop water recycling and generating solar energy onsite and storing some of it in Tesla batteries, but also the age-old practice of using falcons to chase away smaller birds and rodents from vineyards.

It uses sensors and drones to precisely gauge water and fertilizer needs and a drip irrigation system so primed for water-saving that the spigots are buried under the dirt at the root level to avoid any evaporation. (Watch some of this in the video above.)  It recycles 98 percent of materials used in bottling and has dug reservoirs to capture water runoff, rain and processed water.

Katie Jackson, vice president of government and external affairs and the daughter of founder Jess Jackson, explained on a tour of her family's Sonoma County wineries orgnized for reporters last week that sustainability has been a core operating principle.

“My father started the company in 1982 and from the beginning his values were about being a good land steward and a steward of natural resources,” Jackson said. Sustainability “is integrated into everything we do as a company.” 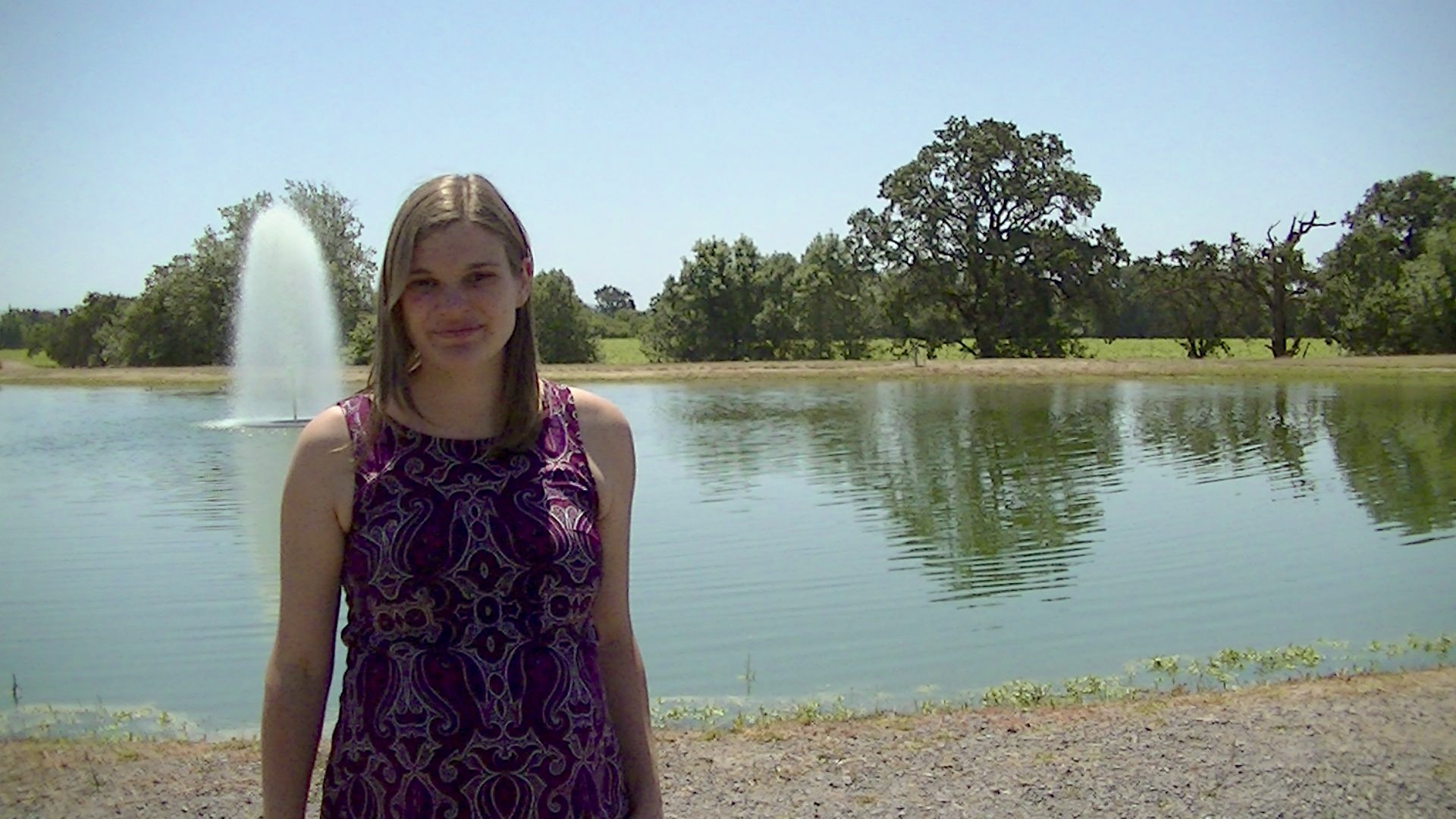 But recent challenges around water and falling prices in renewable energy have upped activity even more.

Since California's record-setting drought put water conservation high on its list of concerns, Jackson Family Wineries installed closed-loop water systems at most of its fermentation and cooling operations so once-used water could be captured, treated and reused, often for irrigation.

Cleaning fermentation tanks used to take 200,000 gallons of water. But now Jackson wineries reuse water for the first rinse. Then, in the most bacteria-sensitive cleaning operations, La Crema and other wineries are piloting two new technologies that could eliminate the need for water.

In one, fog is introduced into a tank and each fog bubble contains a small amount of anti-bacterial solvent. The fog acts as a scrub and cleans the tank.  In the other pilot technology, the tanks are cleaned by infrared light.

Julien Gervreau, senior sustainability manager for Jackson Family Wines, said they've been able to reduce the ratio of water use to 4.5 gallons of water for each gallon of wine produced. That is down from 6 to 9 gallons which is the industry average.

“I look at the drought as an incredible opportunity — no really — as an opportunity to find efficiencies and invest in water conservation and reuse,” Gervreau said to an at first disbelieving group of Californians who have never heard positive words spoken about the historic and often devastating drought. 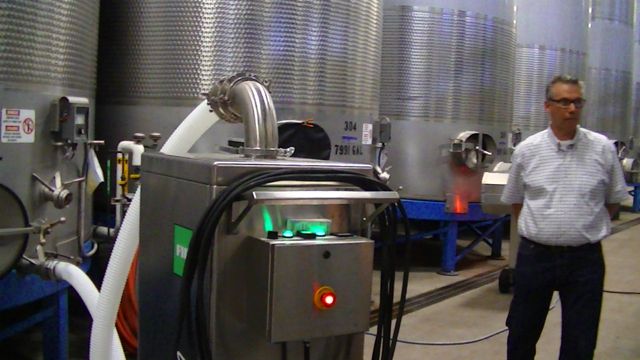 When the Sonoma County Wingrowers Association voted last year to commit to being the nation's first 100 percent sustainable winegrowing region, Jackson Family Wineries led he effort, according to said Karissa Krause, president of the winegrowers association.

"Jackson committed to paying more to growers for sustainably farmed grapes," Krause said. "That really helped" solidify others, especially small growers who have more at risk since their margins are smaller. 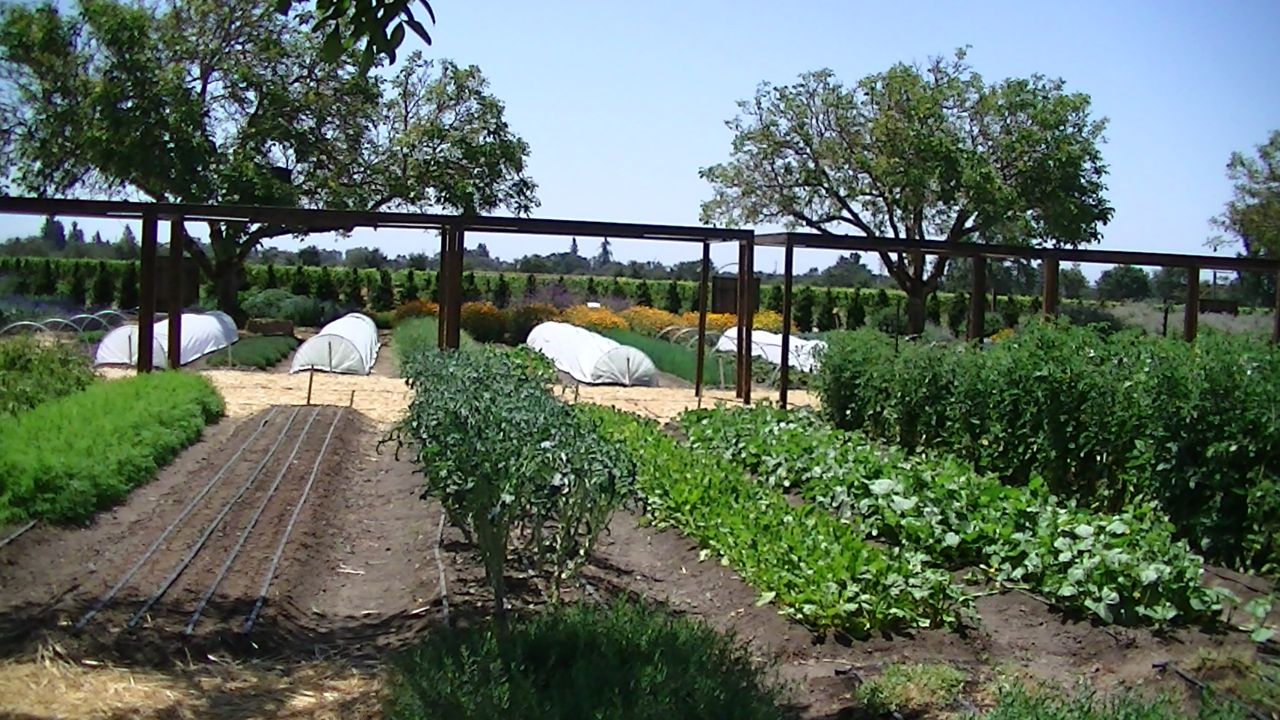 An organic garden at the Kendall-Jackson winery produces food for its restaurant and lunch for visiting chefs and dignitaries.

With the cost of renewable power options falling so fast they now compete with utility-supplied electricity, the company also decided to transition to solar power for its fermentation and refrigeration operations.

It installed 6.5 megawatts of solar capacity, which currently supplies 49 percent of its electricity needs. Two months ago, it installed some Tesla batteries at La Crema and a handful of other wineries to better manage demand and avoid having to turn to utility grids when demand, and prices, spike. It figures the storage will slice 10 percent from electricity costs.

Its various energy efficiency measures have saved it some $15 million in electricity costs since 2008, the company figures.

Solar panels line the rooftop of the La Crema winery and provide most of its power. Outside, newly installed Tesla batteries store excess solar generated electricity for later use.

Out on the vineyards, another innovation Jackson uses is windmills to break up winter air masses that threaten to freeze grapes.

Placed just at the base of the inversion layer, the wind turbines create a hole through which cool air can escape to higher elevations rather than that air being trapped near the ground where it could freeze grapes.  In years past, Jackson wineries would spray the vineyards with water mist as a way to protect them from freezing air.  That costs water and energy.

Jackson Family Wineries are not the only Sonoma County winemakers who practice sustainability.

In fact, Krause of the Sonoma County Winegrowers Association, said that every wine grower in the county agreed last year to transform operations to certifiably sustainable by 2019, making Sonoma County the first wine-growing region in the world to do so. But, she said, Jackson Family Wineries were the first to do so.

No doubt it takes capital to make these investments. Gervreau wouldn't comment on Jackson finances, revenues or income because it is a private company. But he acknowledged that profit margins are good in the wine business, allowing for reinvestment.