This piece was previously published by Yale Environment 360.

One after another, the fishermen stream into a makeshift office at Katsumoto port, on the island of Iki in the Sea of Japan. Outside, their small white boats are docked as a storm rages; inside, they chain-smoke and banter with the ease of lifelong acquaintance. Their business, however, is serious: Pacific bluefin tuna are disappearing from the sea, and somehow they must stop the decline.

"Twenty years ago, we used to see the tuna swimming under our boats in schools that went on for 2 miles," said Kazuto Doi, a sun-weathered man in his 40s who, like all the Iki fishermen, uses a pole and line to catch the prized source of sushi. "We never see that now."

Some scientists say the targeting of spawning bluefin tuna is threatening the future of the species.

"I have three kids, but I can’t send them to university," added Koji Harada, who now supplements his catch with squid and other less lucrative fish. "We used to make a good living at this."

These small-scale fishermen in southern Japan are up against an industrial fishing juggernaut that is rapidly depleting stocks of Pacific bluefin tuna. A prime culprit behind the crisis, the Iki fishermen said, is a high-tech Japanese fishing armada that mines the waters northeast of Iki where Pacific bluefin tuna congregate to spawn. For the past 11 years, convoys of boats have waited in the Sea of Japan for these fish to gather, then used sonar tracking devices and huge purse seine nets to scoop them up by the thousands and sell them to global seafood giants such as Nippon Suisan Kaisha and Maruha Nichiro Corporation.

The site, about 240 miles from Iki Island, is one of just two confirmed places in the world where the silvery, torpedo-shaped Pacific bluefin congregate to spawn before spreading out again across the Pacific. The other spawning site is near the southern island of Okinawa, and both are inside Japan’s exclusive economic zone.

In Japan, 347 of Iki’s family fishermen formed an organization in 2014 to lobby for stricter rules on the fishery, and last year they took the economically punishing step of halting their own harvest of adult tuna during the spawning season. The purse seiners did not follow suit. Nor has Japan’s government imposed an official ban on the practice; fisheries ministry officials argue that overfishing of juveniles, not spawning adults, is responsible for the species’ decline, and cite data from international management bodies to back up their claim. But some fisheries scientists say that the targeting of spawning bluefin is also threatening the future of the species.

Decades of overfishing already have reduced the once-abundant Pacific bluefin to around 4 percent of its historic levels, according to the latest stock assessment by the International Scientific Committee for Tuna and Tuna-like Species in the North Pacific Ocean, which is charged with studying them. That is an even more dramatic decline than Atlantic tuna have suffered. In the past few years, the number of young fish that survive to join the population also has been low. Those findings prompted the International Union for Conservation of Nature (IUCN) to declare Pacific bluefin vulnerable — one step below being endangered — in late 2014.

"All the analyses indicates that the stock is doing very poorly," said Maria José Juan Jordá, a fisheries scientist who contributed to the IUCN assessment. Scientists don’t know exactly how close the species is to collapse, she said, but virtually all models show current fishing levels are unsustainable.

International concern is focused more on overfishing of juveniles than on spawning adults. These young fish weigh less than 65 pounds — compared to the adult record of 907 pounds — and are targeted in part to supply the aquaculture industry, which fattens up juveniles in sea pens.

"At the moment the vast majority of Pacific bluefin are being caught in Japanese waters before reproductive age, and it’s effectively mining out the reproductive capacity of that population," said Amanda Nickson, director of global tuna conservation at the Pew Charitable Trusts. According to a study commissioned by her organization, halting the harvest of juveniles throughout the Pacific Ocean could quadruple stocks in as little as five years.

Only in the past few years have the countries that catch bluefin tuna — Japan, and, in much smaller quantities, Mexico, the United States., Korea and several others — started taking steps in that direction. In 2015, those with fleets in the western Pacific implemented the first catch limit for juveniles in those waters. They pledged to limit fishing to half the average catch between 2002 and 2004 — a measure Nickson called a good first step, but far from adequate given the current "emergency situation." Fishermen can comply with the rule by changing the mesh size in their nets and avoiding nursery grounds.

But no official regulations whatsoever exist with regard to netting schools of spawning adult Pacific bluefin. That’s what worries the Iki fishermen and their growing contingent of supporters, which includes six other fishermen’s groups and a handful national legislators.

"If you don’t let them lay eggs, you don’t get the next generation of young fish, so it doesn't make sense to just restrict fishing of juveniles," said Minoru Nakamura, president of the fishermen’s group, the Iki Association to Think About Tuna Resources.

Nakamura, 47, has been working on boats since he was 15. He said Iki’s fishermen have a tradition of conservation-minded, pole-and-line fishing that goes back to the 1950s, when tuna fishing began there. They vigilantly patrol the plankton-rich waters around an undersea knoll near the island where many types of fish gather. In the past this has led to conflicts with purse seiners who attempted to target the same fish; when these larger boats entered the area, Iki’s fishermen would surround them with their smaller vessels and force them to release their catch (in 2009, the Fisheries Agency intervened to officially ban net fishing in the area).

About a decade ago, however, Nakamura and his fellow fishermen became aware of bigger problems affecting tuna. Through word-of-mouth networks, they learned that purse seiners were using new sonar equipment at the offshore spawning grounds to spot schools deep undersea, then net them with unprecedented efficiency when they surfaced to lay eggs. Around the same time, the Iki fishermen’s own take closer to home began to fall dramatically: Between 2005 and 2014, the Pacific bluefin catch landed at Katsumoto port declined by more than 90 percent, from 358 to 24 metric tons.

As Nakamura and his colleagues tried to make sense of the crisis, they crossed paths with fisheries scientist Toshio Katsukawa. Katsukawa was struck by their story and began to examine data from throughout Japan. The deeper he looked, the more he became convinced that unregulated exploitation of the spawning grounds posed a major threat.

"In the feeding season, bluefin are distributed over a wide area chasing prey, and therefore they’re very hard to find [as the stock declines]," Katsukawa told me when I met him at the Tokyo University of Marine Science and Technology, where he teaches. "But in the spawning season, they return to a single spot, and the route is limited, so [purse seiners] can catch them even if the stock level is very low."

He began to advocate for a government ban on the practice. In 2011, purse seiners who fish the area imposed a voluntary catch limit of 2,000 metric tons, later reduced to 1,800 tons. But Katsukawa saw it as far too high to be meaningful. "There is no scientific background [for the claim] that a catch of 1,800 tons is sustainable," he wrote in an email.

As the fish disappeared, we all realized they weren’t infinite.

He has continued to harshly criticize the government for protecting corporate interests over the future of family fishermen. Although he has not written any peer-reviewed journal articles on the topic, he has succeeded in raising public awareness about the problem by speaking out on television and in articles in Japan’s popular press.

The government, meanwhile, insists it is simply following the advice of international scientific and management bodies, which emphasize the importance of reducing juvenile catch. In comments in May before the national Diet, Japan’s bicameral legislature, the then-Fisheries Agency director went so far as to suggest Katsukawa’s arguments "lack balance and scientific basis."

But Juan Jordá, the scientist on the IUCN tuna assessment team, said that argument misses the bigger point.

"It’s always this confrontation about who is the one driving the species to collapse," said Jordá, a marine ecologist who is a postdoctoral fellow at AZTI Tecnalia in Spain and at Simon Fraser University in Canada. "In the end, it’s the cumulative impact that’s driving the whole stock to decline. That’s the reason a good management plan should have catch limits for every fishery and different age."

For that to happen, said Iki’s fishermen, the Japanese government must shift its stance in the same way they have.

"As the fish disappeared, we all realized they weren’t infinite," said Kazunari Ogata, a 53-year-old fisherman on the island. "We woke up to our past mistakes, and we started to act. The government hasn’t done that." 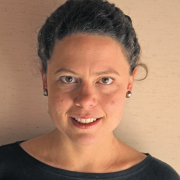 See all by Winifred Bird